Does the Eagle Lightweight GT Perfect the E-Type?

Can the Jaguar E-Type be improved upon? Gather consensus from a group of enthusiasts, and many will likely agree that the ultimate E-Type was the Lightweight, of which just 12 units were made in-period. A real Lightweight is worth millions—$11,500,000 for a concours example according to Hagerty, or $5,100,000 on average—so it's no mystery why there are at least a few other E-Types out there that have been modified to emulate the exalted lightweight.

Taking a classic car and improving it with modern technology seems like a simple enough task. Still, the truth is that it takes intimate model knowledge and proper vision to execute a genuinely tasteful build. There are more examples of this being pulled off today than at any point in the past, but Eagle's new Lightweight GT may just be one of the best, as it seems to do the impossible—improve upon an already exceptional model. 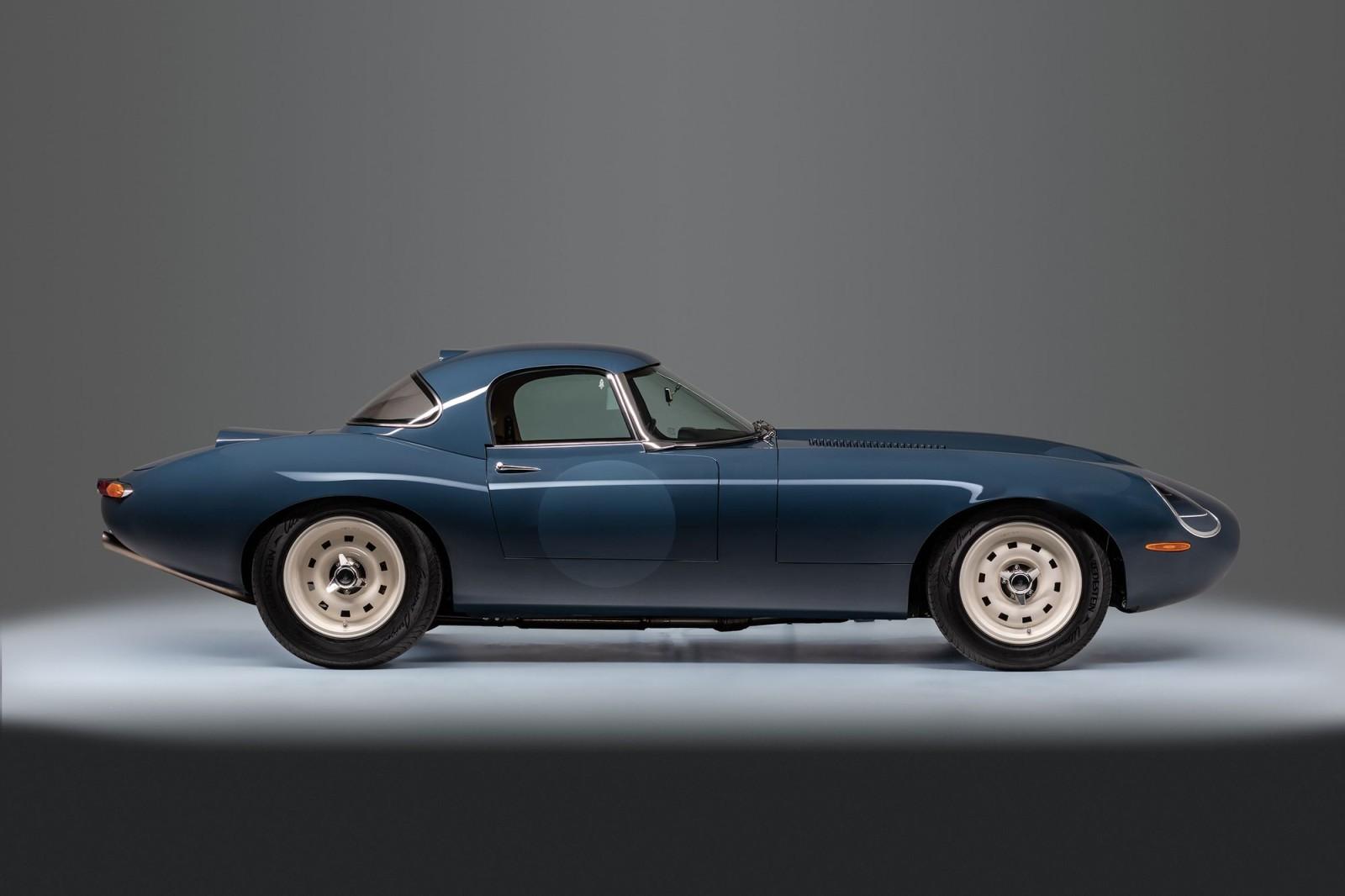 We've referenced the Jaguar E-Type several times here on Bid Garage, but it's mostly been in the context of their value in the marketplace and the model being an excellent choice for drivers, whether they happen to be in search of a roadster, coupe, or 2+2, from any point in the model series. What makes the Jaguar E-Type special? When it was first seen by the driving public in the early 1960s, nothing like it had yet reached mass production. Performance and styling made statements that could not be challenged, and technology first seen on the E-Type would eventually find its way to mass production from automakers the world over.

The reasons why the E-Type Lightweight sits atop the model lineage in terms of valuation are easy to see. Setting the incredible low production volume aside, the engineering ethos behind the Lightweight takes everything that made the conventional E-Type great and pushes it further. Panels are made of lightweight aluminum alloy, output of the famous XK inline-six is increased by way of larger carburetors and mechanical fuel injection, while the block itself is also made from aluminum. 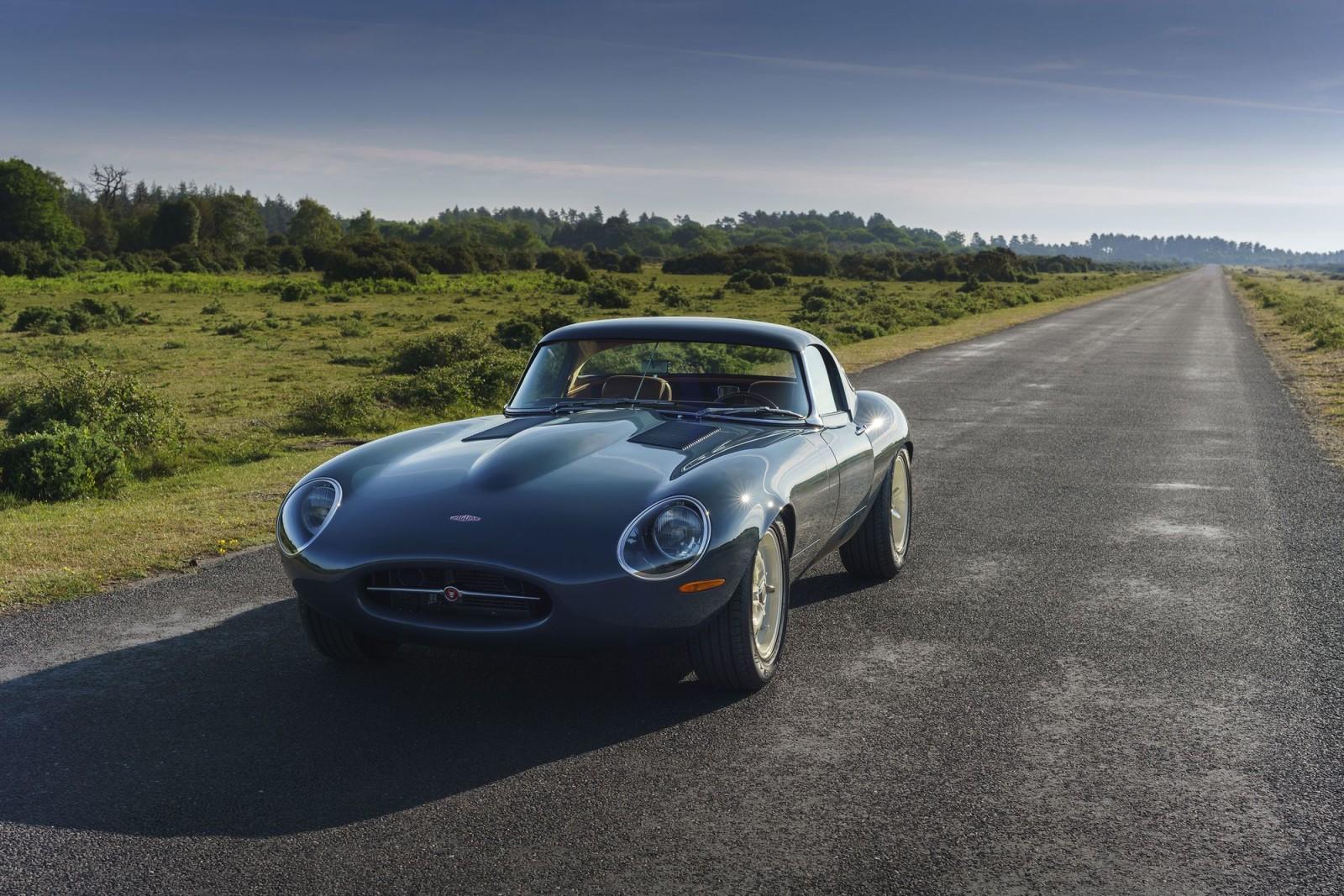 How do you improve upon the near-perfection of originality, though? Cars, from any era, are more than a “sum of the parts” experience, with the whole being responsible for creating the driving experience. At least a few companies have figured out how to do it properly, and Eagle has just unveiled their newest example.

The Lightweight GT is what we would call an interpretation of the original Jaguar E-Type Light, but with 60 years’ worth of continuous improvement, carefully balanced with a driving experience that hasn’t lost its edge. Yes, the Lightweight GT is set apart from a conventional E-Type in a number of ways, but it doesn’t advertise its newfound performance in the way modern vehicles do. 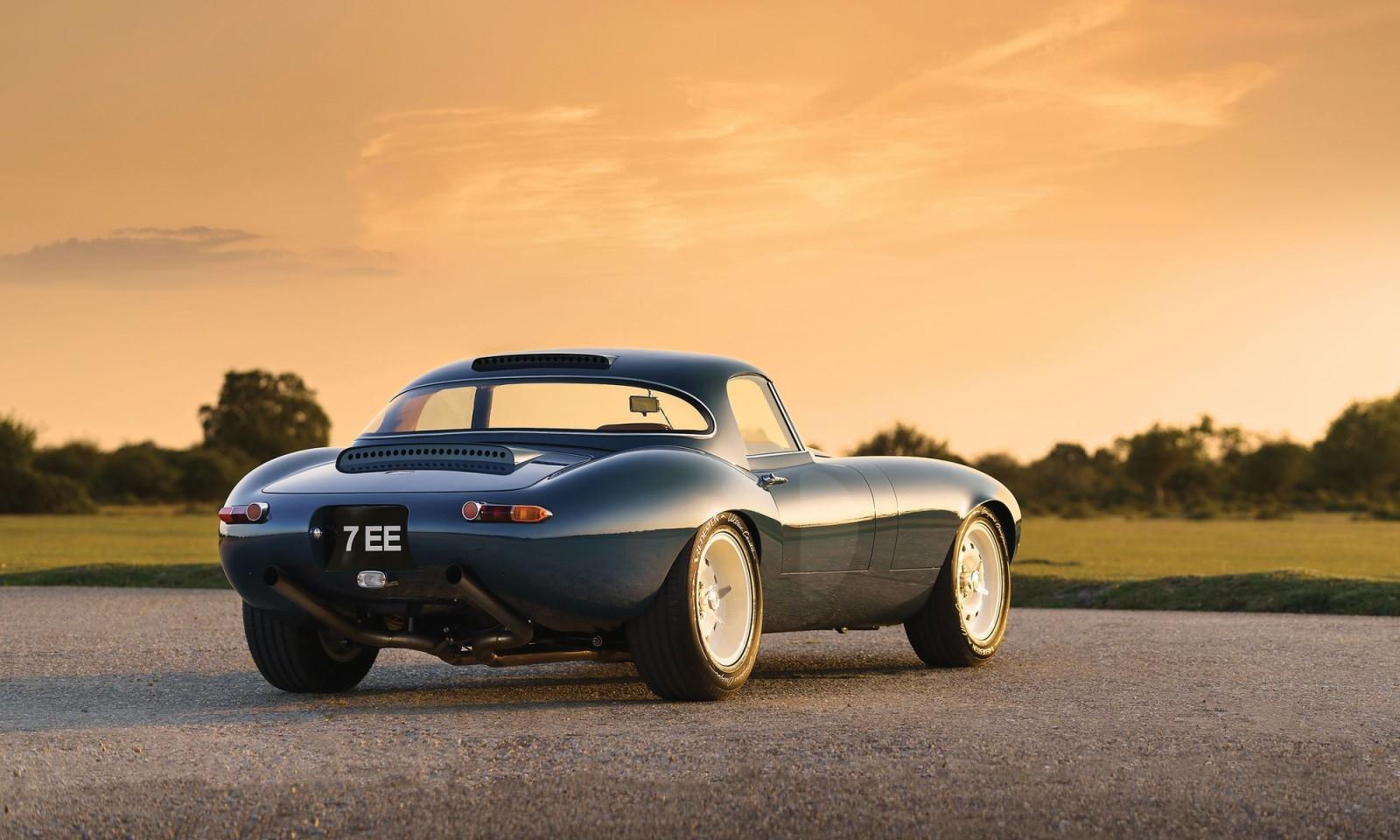 This is what the market looks for in a restomod; an iconic model that’s been massaged in all of the right areas—enhanced where it needs to be, but left as the original team intended elsewhere. The Lightweight GT is a great example, because even though it’s been, “thoughtfully and comprehensively re-engineered,” the alluring soul of the E-Type remains undiluted.

How has Eagle seemingly been able to pull it off with one of the most iconic cars of all time? The more than 2,500 spent exclusively on the metalwork might be some indication, because if there’s anything we’ve learned about a proper re-vamping of a classic, it’s that those who go the lengths to address everything to the highest level often end up with the best-finished product. 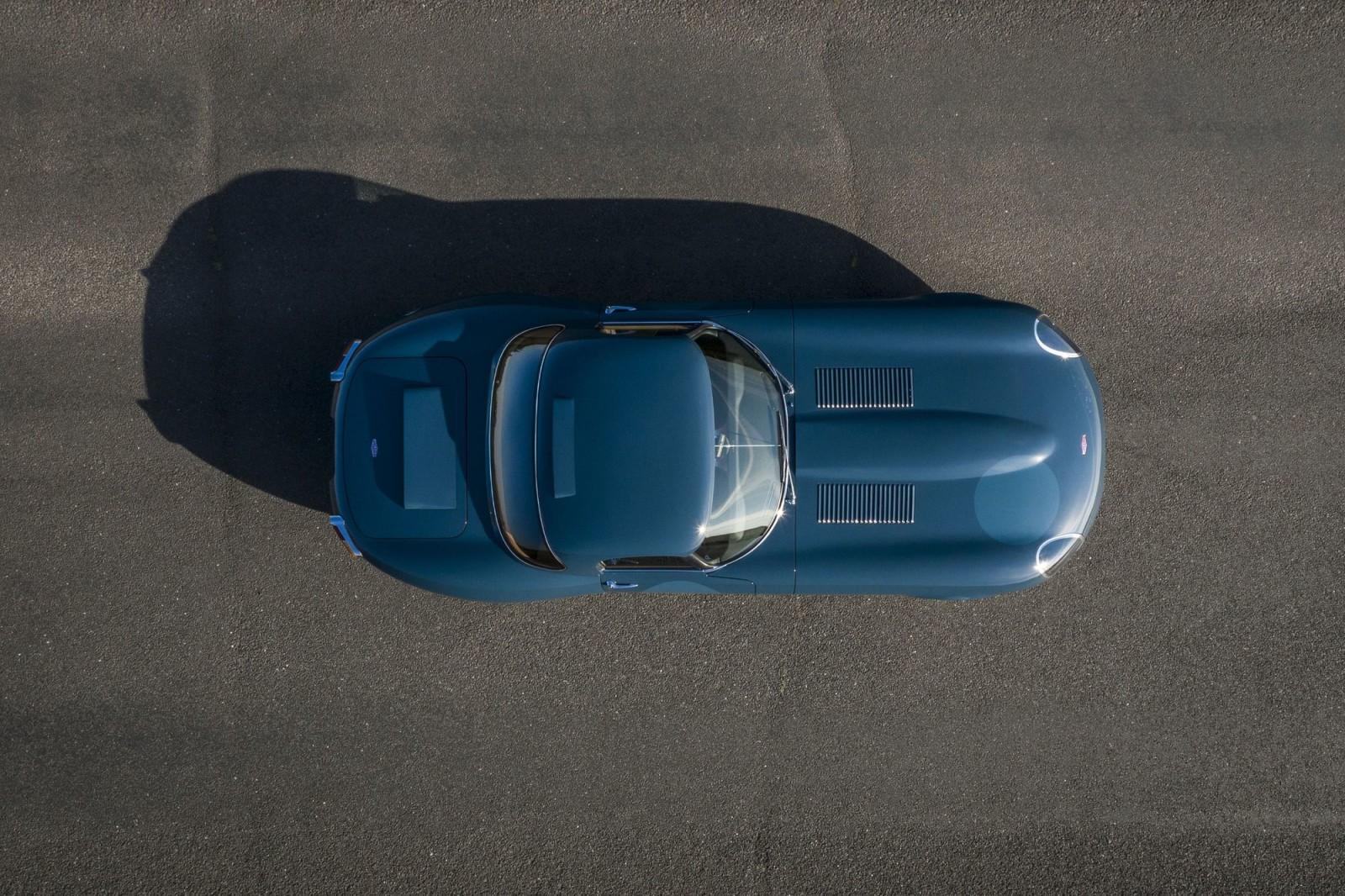 But while the featherweight skin of the original E-Type Lightweight models was thin and not built to withstand the test of time, the aluminum Eagle uses benefits from more than half a century worth of advancement and is fitted to the frame with a tolerance that significantly exceeds what was available in period.

Flared wheel arches give a reasonably noticeable indication of the enhanced power, and are there to house widened and enlarged magnesium wheels, which follow the style of the original Dunlop racing design. Holding the wheels in place are model-specific aluminum knock-off nuts. It’s not merely about clearing larger running gear though, because every line on the body has been adjusted in at least some way, with seals and other protrusions like lights tucked flush with the sheet metal. 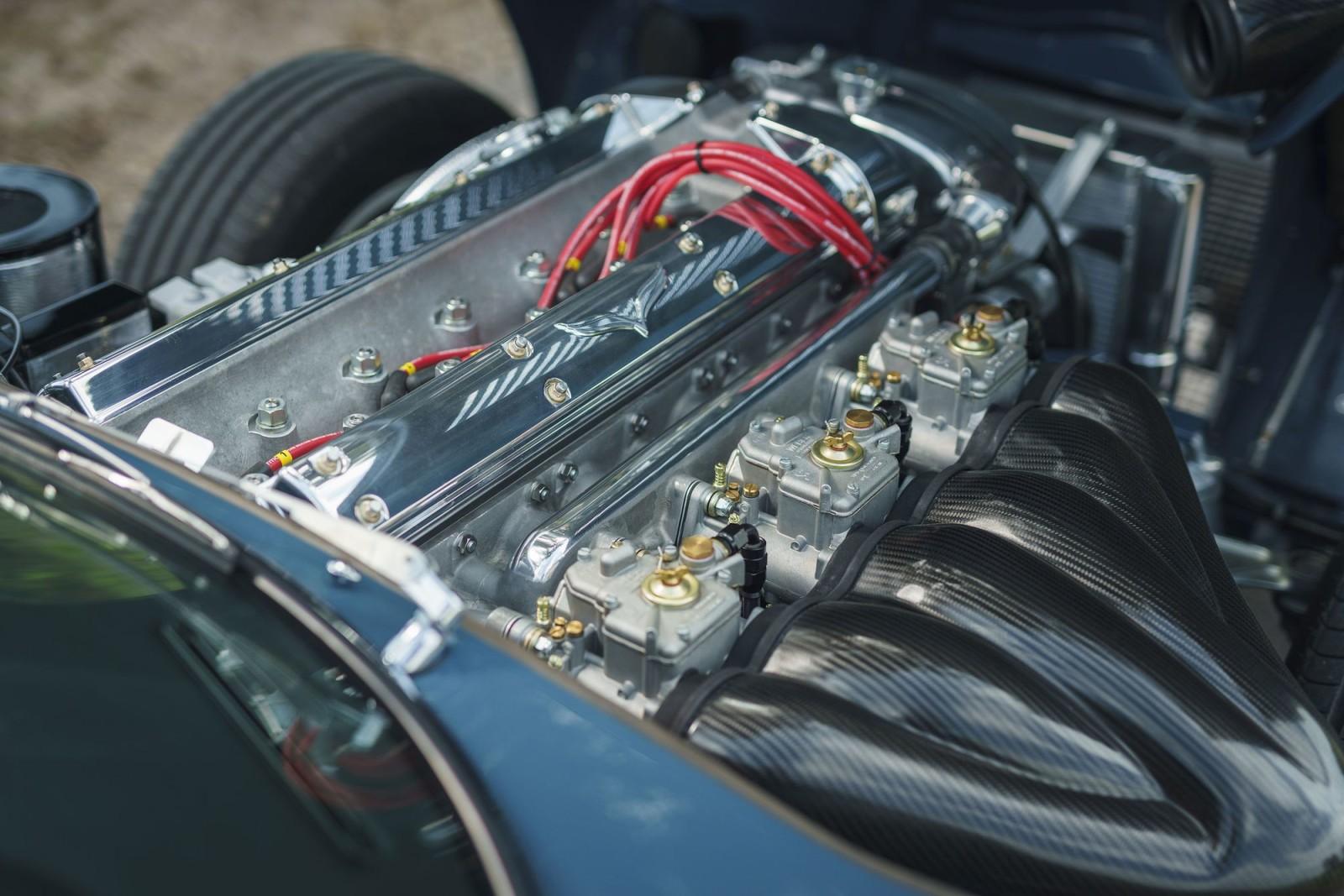 The same level of attention has been applied to the drivetrain, which takes the E-Type Lightweight blueprint and puts a modern spin on it. As noted above, the original Lightweight production run included fitment of a slightly more powerful XK six, and many were upgraded over time as technology advanced.

The power plant at the heart of the Eagle Lightweight GT is perhaps the ultimate development of Jaguar’s long-running XK inline-six. Using the same all-aluminum design that was exclusive to the original Lightweight, displacement has increased nearly a full liter from the original 3.8 to 4.7. A wide-angle cylinder head with big valves driven by a high-lift cam helps to deliver 380 horsepower at 5,750 rpm and a healthy 375 pound-feet of torque at 4,000. Those aren’t supercar numbers, but when you consider the sub-2,250-pound dry weight of the entire package, the performance potential comes into focus.

Other powertrain highlights that can’t be ignored include Inconel exhaust manifolds with titanium used for the remainder of the system, along with magnesium for the transmission, differential housing, oil pan, and even the wheel hubs.

Things culminate within the cabin because although the name might contain Lightweight, it’s capped off by the GT suffix. This means that, while the Lightweight GT seems more than capable of impressing on a circuit, the cabin is built to be enjoyed, as opposed to being purpose-built and focused. Lest we forget, the Jaguar E-Type is from a time when many things were still made by hand. Indeed, the Lister Knobbly cars that competed during the same era as the C-Type and D-Type wore hand-formed magnesium bodywork in some cases. 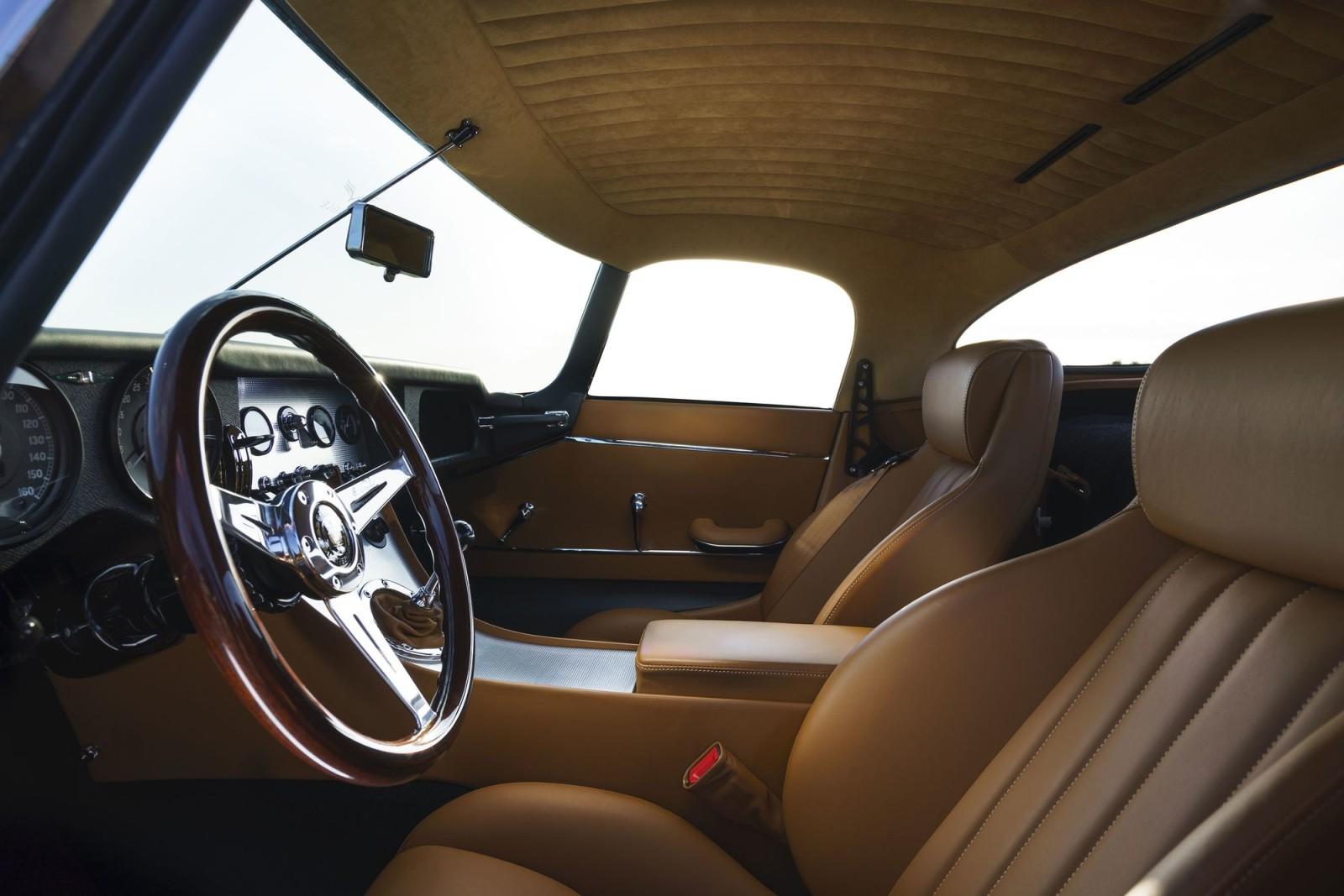 Today, the Lightweight GT uses more 3D printed componentry than hand-beaten metal, but the results are nonetheless captivating and enthralling. The fine leather interior encapsulates occupants, while switchgear along with other materials and surfaces exhibit the same level of incredible fit and finish on display throughout the car. You’d be hard-pressed to notice it at from a brief glance, but air conditioning has even been added, further validating the GT designation in the moniker. 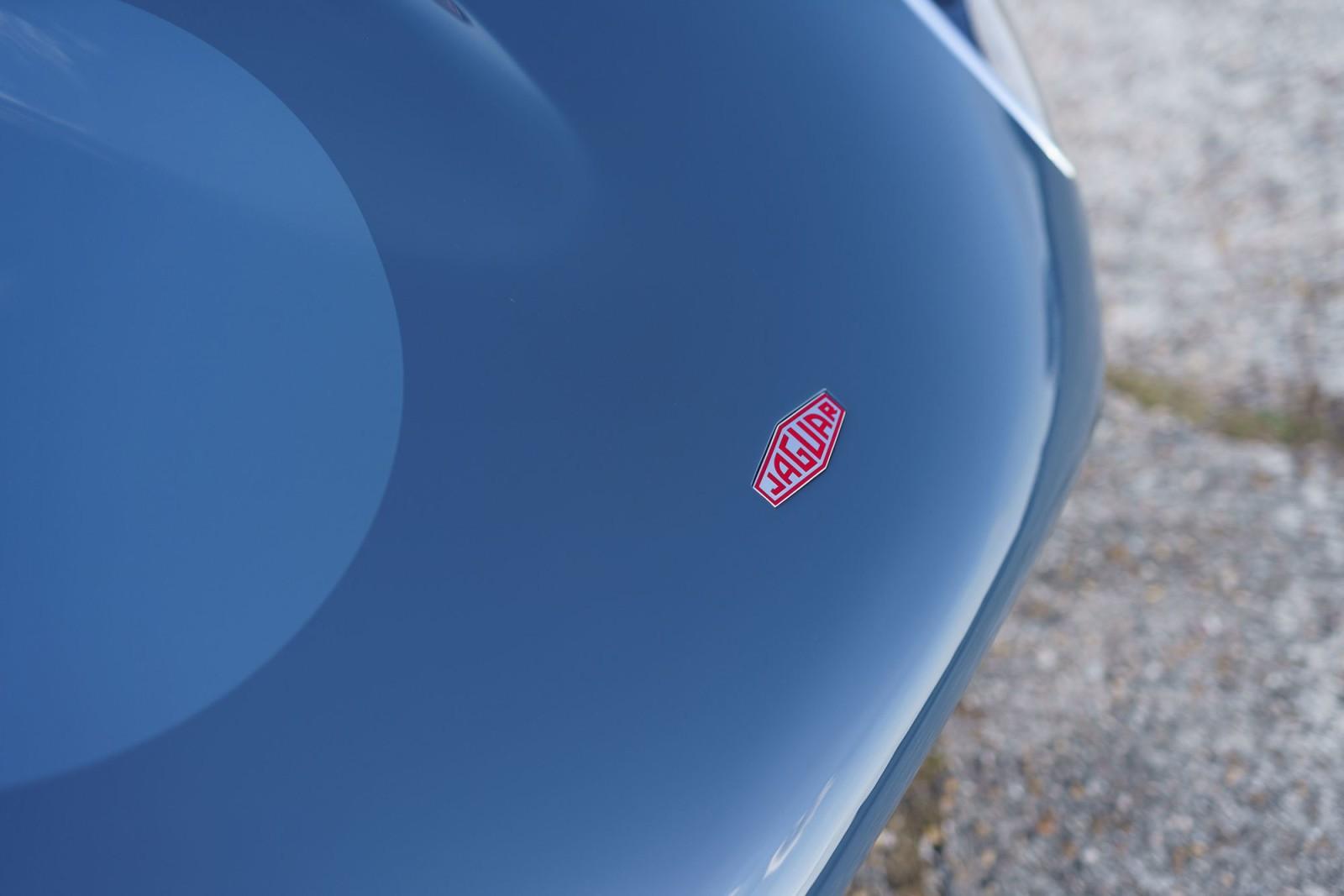 Is the Eagle Lightweight ultimate E-Type? It certainly could be, but it’s not the only enhanced E-Type that the company has created. We’re big fans of the Low Drag GT and Speedster, and you can never go wrong with a nut-and-bolt E-Type restoration, either. However, none of these were developed to be the “ultimate road-going evolution of one of the world’s most beautiful racing cars.”