When Does a Car Become a Classic?

It’s a simple question: When does a car become a classic? The answer, though, is not quite so easy to answer. A classic car, it seems, is in the eye of the beholder.

What is a Classic Car?

To answer the question “when does a car become a classic?”, you first must define what a classic car is. There are readily available definitions, but they only help so much. One commonly applied rule has it that classics are cars 20 years old or more, antiques are more than 45 years old, and vintage cars those built between 1919 and 1930. Going further back to the beginning of the horseless carriage (1915 and earlier), we have the brass era. 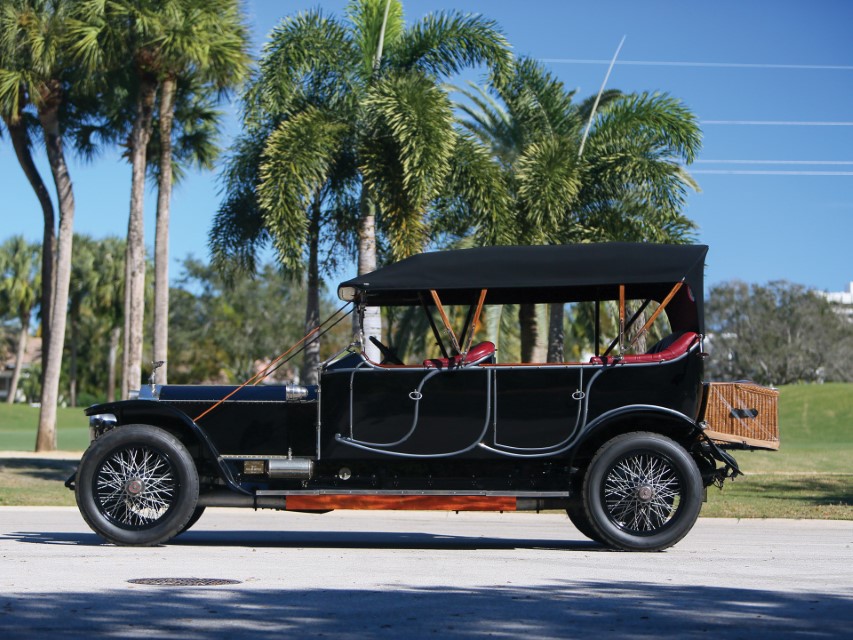 But use these definitions and you’re sure to make somebody mad. The tendency is to call any older car a “classic,” but by that measure a bread-and-butter 1999 Volkswagen Jetta is a classic, and so is a grandpa car like the 1985 Oldsmobile Cutlass. Neither one will be seen on the Amelia Island Concours d’Elegance show field anytime soon. 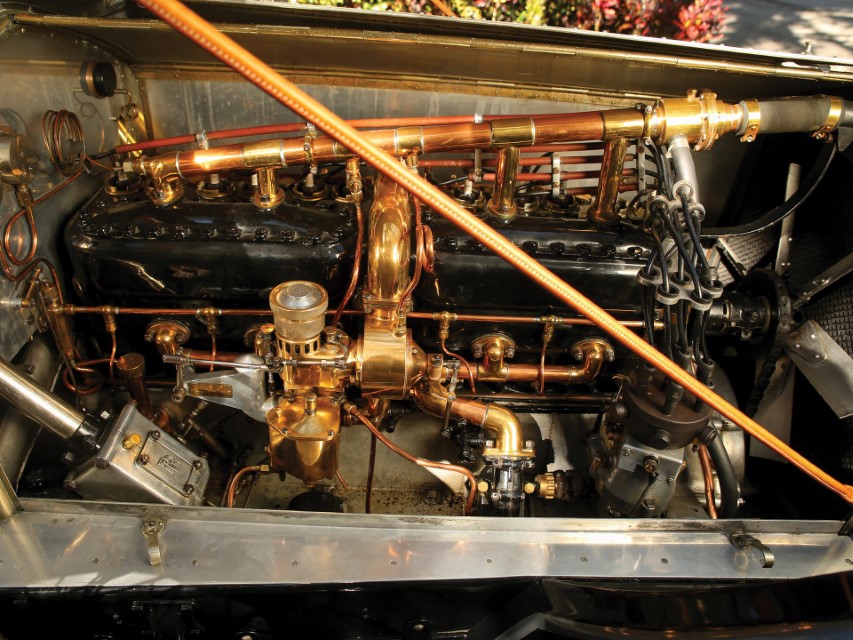 “Everybody has their own idea of what constitutes a classic,” said Steve Cook, president of the Horseless Carriage Club of America. “But a car doesn’t deserve that title just because your grandfather owned one, or because it’s the automobile you always wanted as a kid. A mundane car from the 1970s isn’t a classic. The whole idea is that there has to be something about it that makes it special or unusual.” 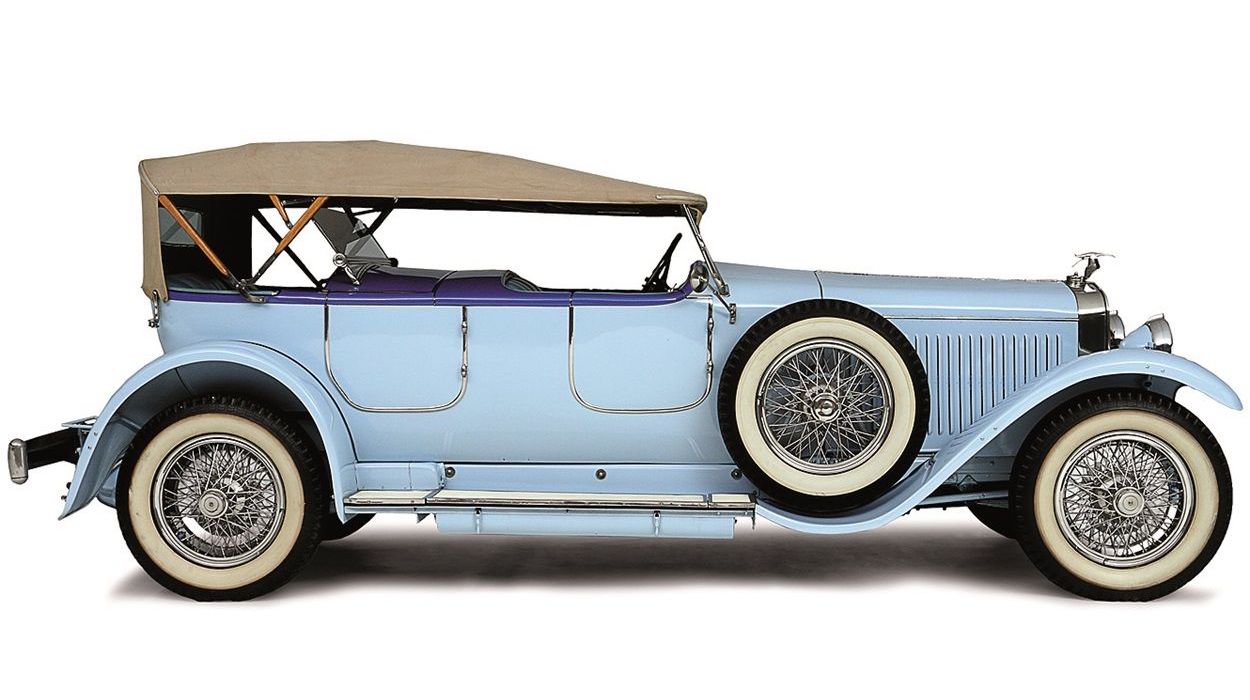 No one would argue that this French-built 1934 Hispano-Suiza H6B Million-Guiet Dual-Cowl Phaeton is a classic, but a 1985 Oldsmobile Cutlass?

What Year is Considered a Classic Car?

Many experts defer to the Classic Car Club of America (CCA) to answer “What Year is Considered a Classic Car?”, which limits classics to the period between 1915 and 1948, and not just any cars made then. There’s a specific list of “approved CCCA Full Classics,” which includes rarities from Delahaye, Cunningham, Bugatti, Franklin, and Hispano-Suiza—but no Buicks, Fords, or Volkswagens. That’s news to Wikipedia, whose “classic car” entry is illustrated with a photograph of an early 1950s Ford in a museum. 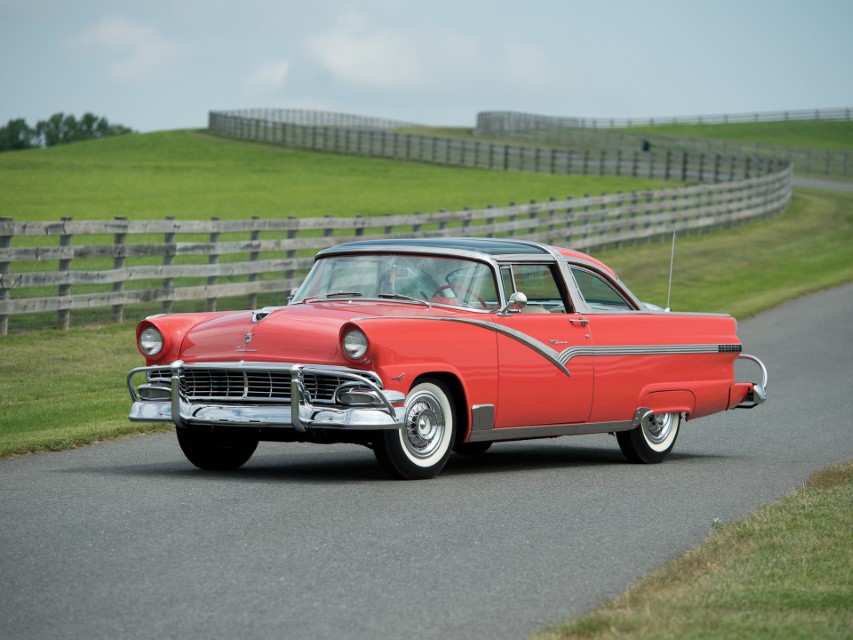 Todd Lassa is Detroit bureau chief for Automobilemag.com and president of the Automotive Press Association. He’s the proud owner of a 1960 Austin-Healey “Bugeye” Sprite and a handed-down 1980 Mazda RX7. He thinks that the question, “What is a classic car?” is in need of an update. “If you reject the CCCA insistence that there is nothing classic after 1948,” he said, “then you can consider a number of post-war cars—from the Lincoln Mark II and the front-wheel-drive Cadillac Eldorados to French-built Facel Vegas. I see classic cars as low-volume, usually with two doors, big luxurious things.” Some other contenders, he said, include the first front-drive Oldsmobile Toronado (1966 to 1970), the 1969 Pontiac Grand Prix SJ and the 1963 to 1965 Buick Riviera.

Jay Quail is executive director of CCA and a collector of early 1930s Lincoln classics. He said that the club’s designation of 1915 to 1948 as “the classic era” has to do with the circumstances in 1952, when CCA was founded to save the then-unwanted coachbuilt cars. The 1948 Lincoln Continental, an exclusive and at the time fairly new car, was considered by the founders to be the last of its kind.

“We don’t propose to control the term ‘classic’ or define anything,” Quail said. “It’s just what has made sense for our club, to serve our members and our niche in the market.” He added that half the club’s members would vote to move the 1948 date forward, but the other half is adamantly opposed.

If CCA’s cutoff date was extended, what makes sense as a new one? The years ahead are something of a minefield. “American car design peaked in 1971,” Lassa said. The later 1970s and 1980s are considered “the lost years” by some car collectors. It was the era of engines strangled by the first smog equipment, “downsizing” because of the OPEC oil crisis, and a general suspension of good taste. 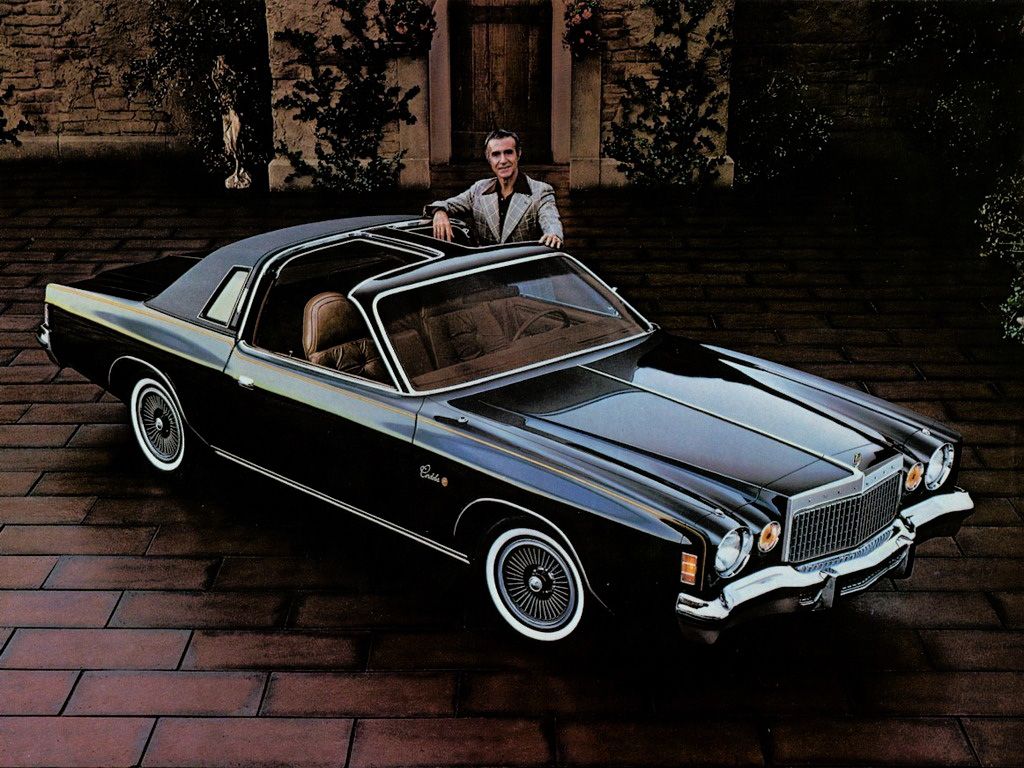 U.S. buyers were made to endure the “colonnade” look, with two-tone paint, half vinyl roofs, opera or porthole windows, huge five-mile-per-hour bumpers, massive slatherings of chrome, fake wood-veneer accents, and red crushed velour upholstery that looked like it escaped from a Louis XIV living room. The Ford Thunderbird, for instance, started life as a svelte European-inspired two-seat sports car in 1955, but it grew into a major two-and-a-half-ton barge by 1974. The colonnades were thirsty, too.

But if you were born in 1960 or thereabouts, these are the cars you grew up with—and maybe learned to love. Craig Jackson, chairman and CEO of the Barrett-Jackson auction company, defends the era. “Vehicles built during the 1970s and 1980s were largely built in response to a stiff economy and the federal government’s tightening on emission regulations,” he said. “They became more utilitarian than the performance muscle cars of the 1960s, but I don’t think it’s fair to categorically label those 20 years of vehicles as ‘junk’ cars or even say that they’re not classics. At the end of the day, the way we define a ‘collector’ car largely depends on our background and personal experiences.” 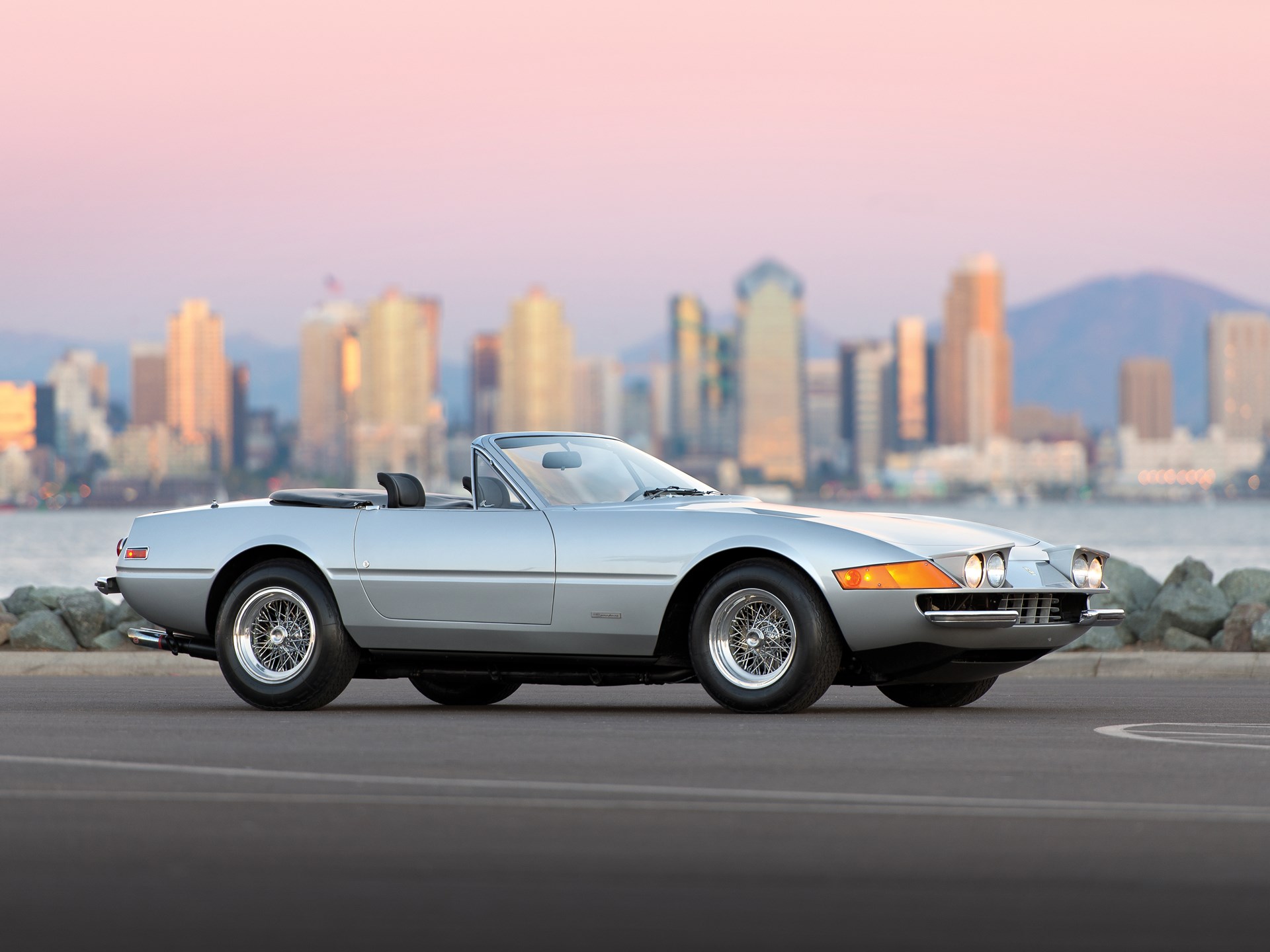 What Classic Car Should I Buy?

So if we reject that the term “classic car” has a very specific meaning, maybe we need use different nomenclature to answer “when does a car become a classic?” to refer to significant and just plain fun older cars. I think we’re on safe ground with “collectible.” A car is collectible if it has a following in the marketplace and is at least 20 years old. Many states issue special collector car license plates, and in most cases vehicles 25 years or older are eligible, but the rules vary—it’s 20 years in Connecticut, and 30 in Florida.

Choosing a car that meets your state’s criteria for classic car plates can result in some significant tax savings, and you’ll save even more with classic car insurance (which generally requires that the car be garaged, and driven on a mile-restricted schedule).

Beyond that, when deciding “what classic car should I buy?”  you should just opt for the car you love, assuming it’s affordable and practical. Brass-era automobiles will require a lot of maintenance and careful start-up procedures if you actually want to use it. Cars built in the 40's through the 1970s will have plenty of power but may lack good brakes or safety equipment like effective seatbelts and airbags. Generally, the newer your prospective purchase is the more it will be highway-capable and resemble your daily driver in terms of performance, safety, and features.

I owned a Dodge Dart in high school, and when I was ready to buy my first collectible car I bought a…Dodge Dart. You may do the same. So the real answer to the question, “What is a classic car?” is, well, whatever you want it to be. But let’s just call them “collectibles” and stay on the good side of the gatekeepers. 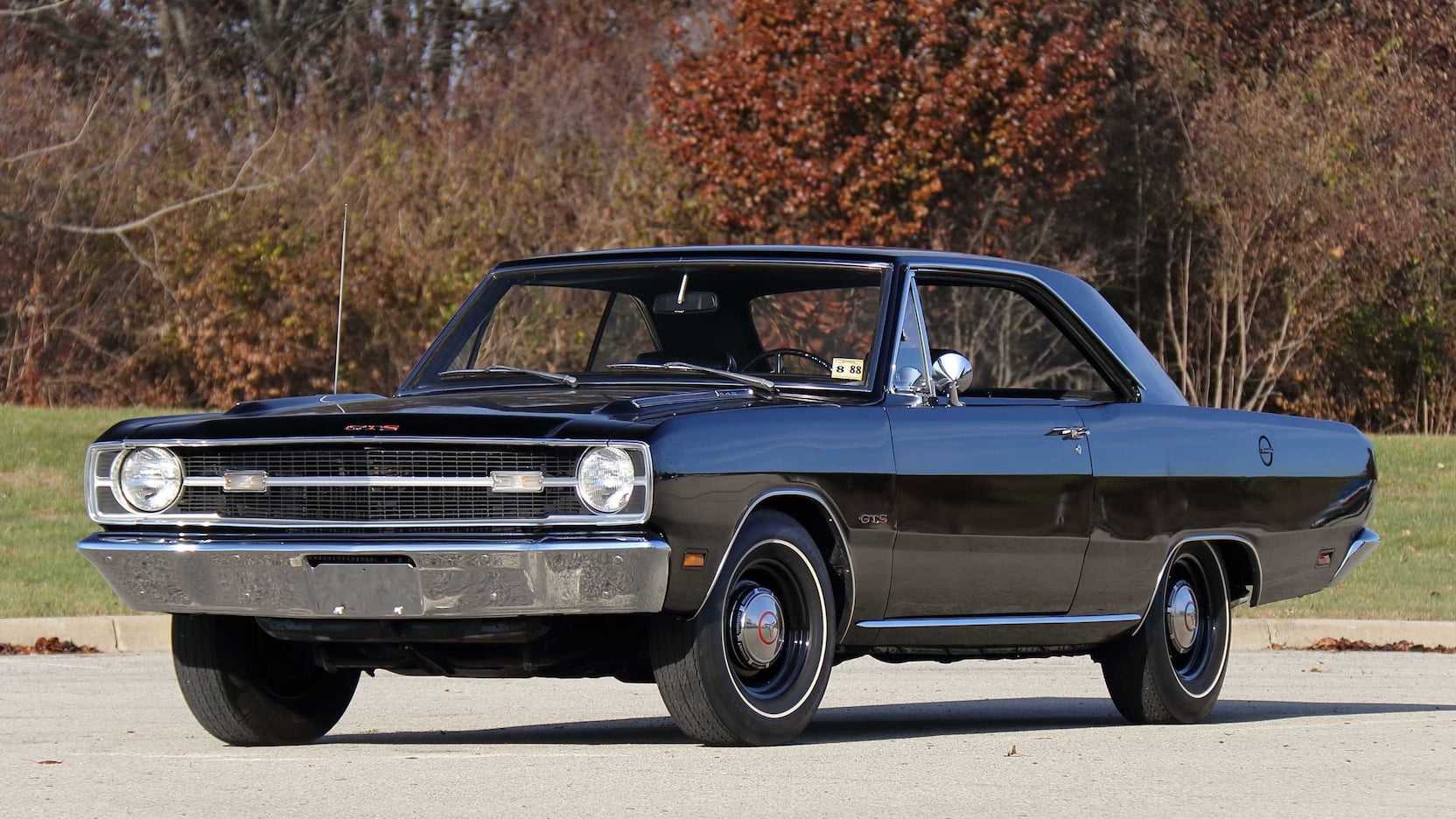