What is a Muscle Car?

Ask any group of car enthusiasts the question, “What is a muscle car?” and you’ll likely get a different answer from each. Since the 1960s, the meaning has shifted, but some standard elements remain.

What Was the First Muscle Car?

The answer to “what is a muscle car?” is usually the first car to be thus described: the 1964 Pontiac GTO. Its origins stem from a General Motors decision not to enter competition at a factory level at the transition from the 1950s to the ‘60s, and specifically prohibited placing engines with displacement over 326ci in mid-size or smaller cars.

John Z. DeLorean, an executive and engineer with Pontiac at the time, created an option package for the Pontiac Le Mans, their midsize sedan. Named for the globally dominant Ferrari road racing car, the 250 GTO, the option included Pontiac’s 389ci V8, rated at 325 bhp. What was the first muscle car? For many, it all began with the Pontiac GTO. 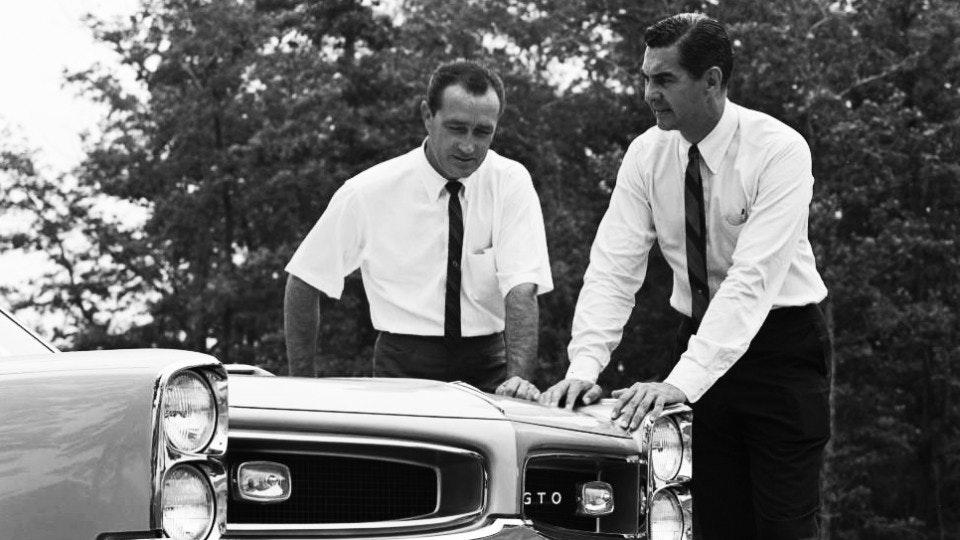 A few months later, Oldsmobile introduced a performance package on their Cutlass, which shared the chassis with the Pontiac GTO. This included a 310-bhp version of their 330ci engine, achieved with a high-lift cam as well as a four-barrel carburetor and dual exhaust. The top performing combination also included a four-speed gearbox, giving this model the name 4-4-2. 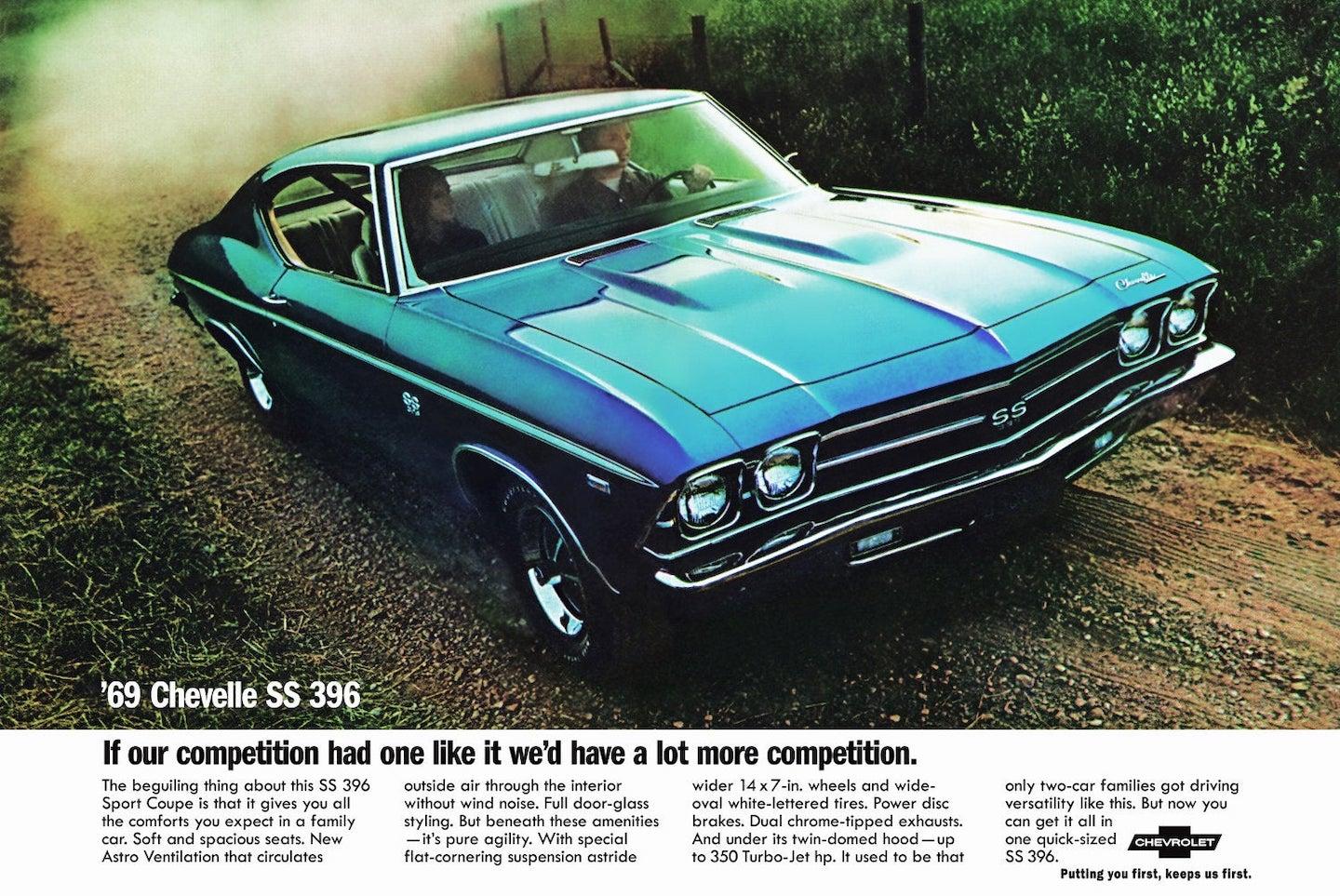 By mid-decade, every major American manufacturer had a variation on the small-chassis/big-motor theme. Chevrolet’s Chevelle was soon available with the division’s 396ci V8; Dodge put a fastback roof on their popular Coronet and installed their 426 Hemi engine. Ford took their midsize Fairlane model, which had originally used the 289 V8 as its top option, and bolted in the 427 as used in Cobra and GT40 race cars. 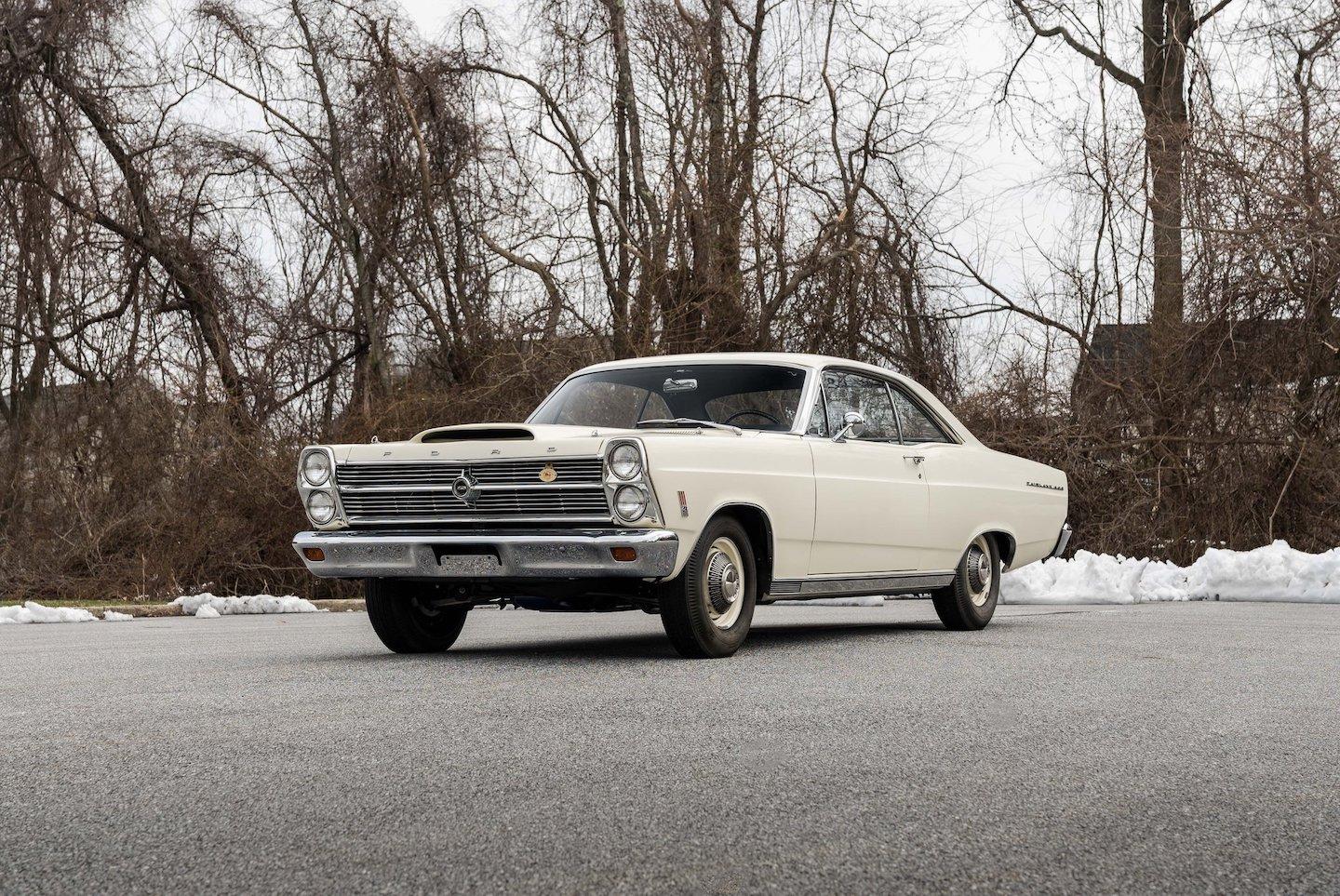 But often, a manufacturer’s muscle car was more a halo car than a big seller, designed to draw attention to the brand and get people into the showroom for the more prosaic (as well as cheaper, more economical, and easier to insure) bread-and-butter cars. Today, this rarity gives muscle cars a special cachet, and a price premium. 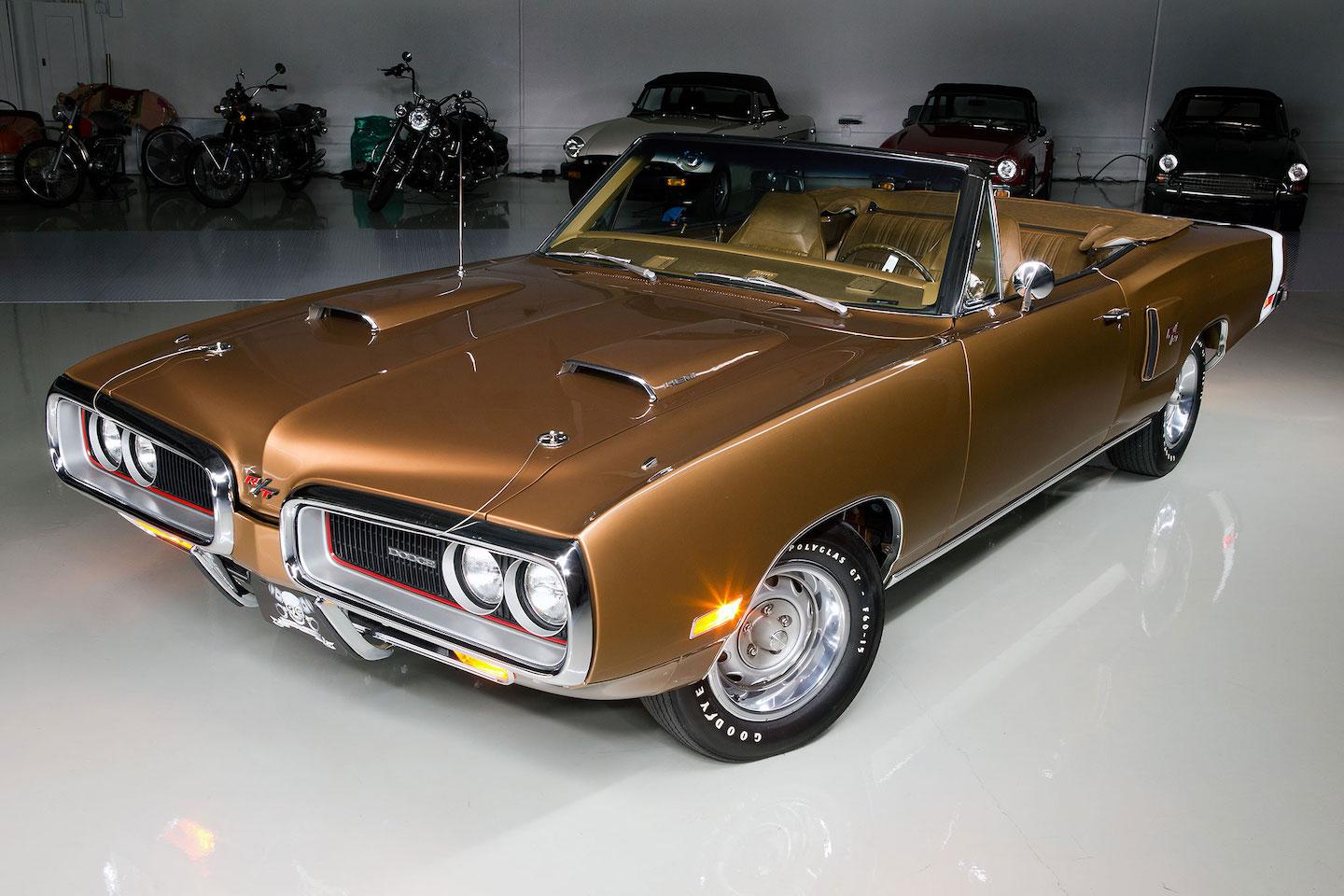 What Is the Rarest Muscle Car?

What is the rarest muscle car? It’s actually a two-way tie: the 426 Hemi-equipped 1970 Dodge Coronet R/T Convertible, and the 1966 Dodge Coronet four-door sedan. Only two of each were ever built. Why is the ’70 Convertible so rare? The Hemi was a $718 option in 1970, which equates to nearly $5,000 today; compare this to the 16 convertible Coronets built with the 440 Six Pack. Some speculate that the new-for-1970 front end styling contributed: 1970 Coronet R/T sales dropped significantly from 1968–69. The ’66 Coronet four-door? Most muscle car buyers wanted the sporty look of the two-door coupes or convertibles. But the original buyer of these two four-door Coronets didn’t care: they were said to be special-order sedans for the Federal Bureau of Investigation, supposedly for towing and field operations. (Imagine the expression on the face of the agent who got THAT order approved by purchasing.) 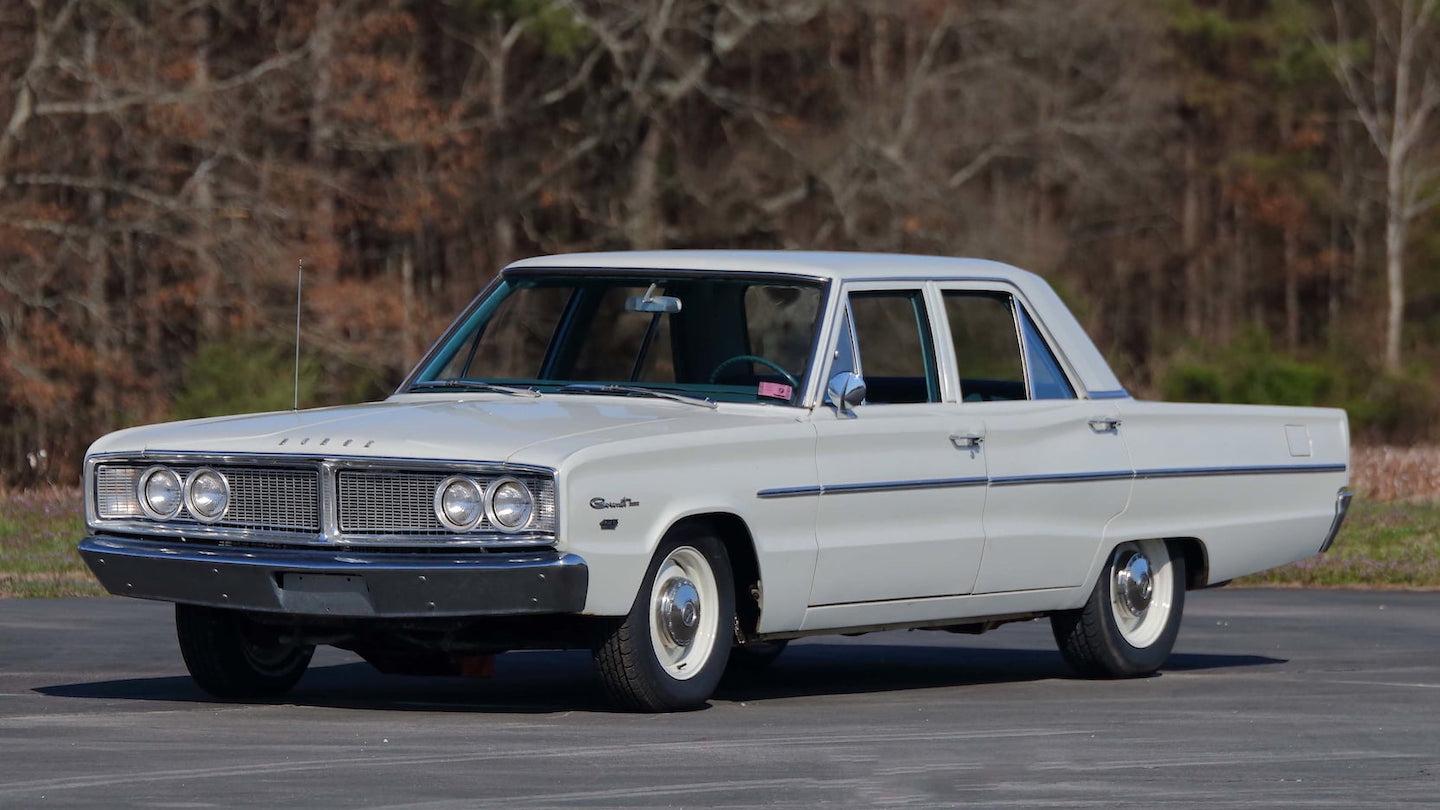 What Is the Best American Muscle Car?

When asking, “what is the best American muscle car,” the answer depends on how you interpret “best.” Most successful racing career? Best sales volume? Best performance per dollar? Best investment? For each of these categories, there are reasonable contenders, and debating the statistics and relative merits can be a lifetime hobby.

But a fun definition would be the top muscle cars from the Big Three—an iconic vehicle that was equal parts ground-pounder and trend-setter in its day What is the best American muscle car? Any of the following is a good start: 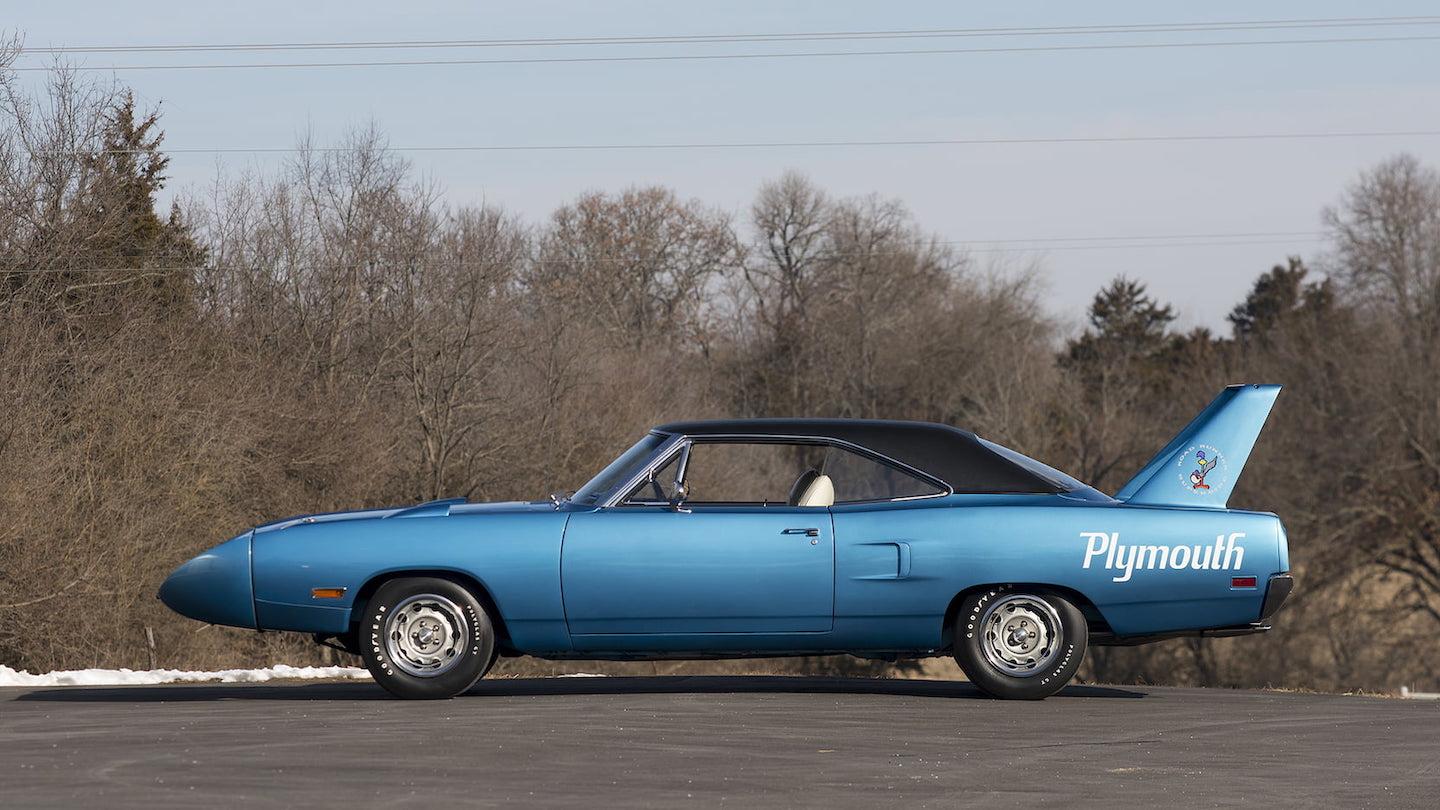 Combining an aerodynamic nose with a gigantic rear wing, improved aerodynamics helped the Daytona become the first car in NASCAR history to top 200 mph on the track. Both the Daytona and Superbird were available with the 426 Hemi or 440 Six Pack engines. The 503 Charger Daytonas (like the Ford Mustang Boss 429) were assembled by an aftermarket shop, not on the regular production line. Regardless, either one has helped answer the question, what is a muscle car? 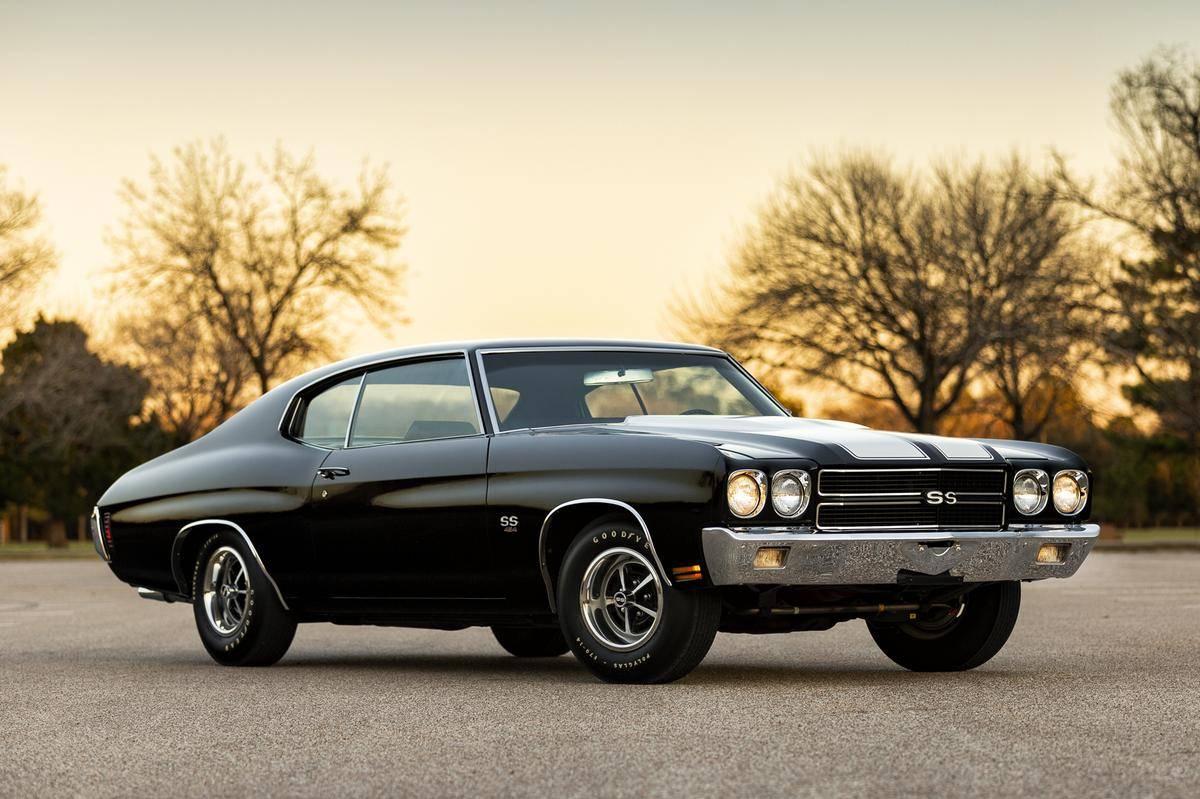 While the Chevelle was available with a number of V8 engines over the years, that LS6 signifies something truly special: Chevy’s 454-ci engine, rated at 450 horsepower and 500 pound-feet, challenged the Hemi-powered cars from Dodge and Plymouth. Solid lifters, a cowl-induction hood which piped cool, high-pressure air from the base of the windshield, and a 780cfm four-barrel Holley carburetor capped an 11.25:1 compression ratio. These contributed to quarter-mile times at the extreme low end of the 13-second bracket, in (allegedly) stock trim. However you answer the question, what is a muscle car, the 454 is a key element when talking about Chevy. 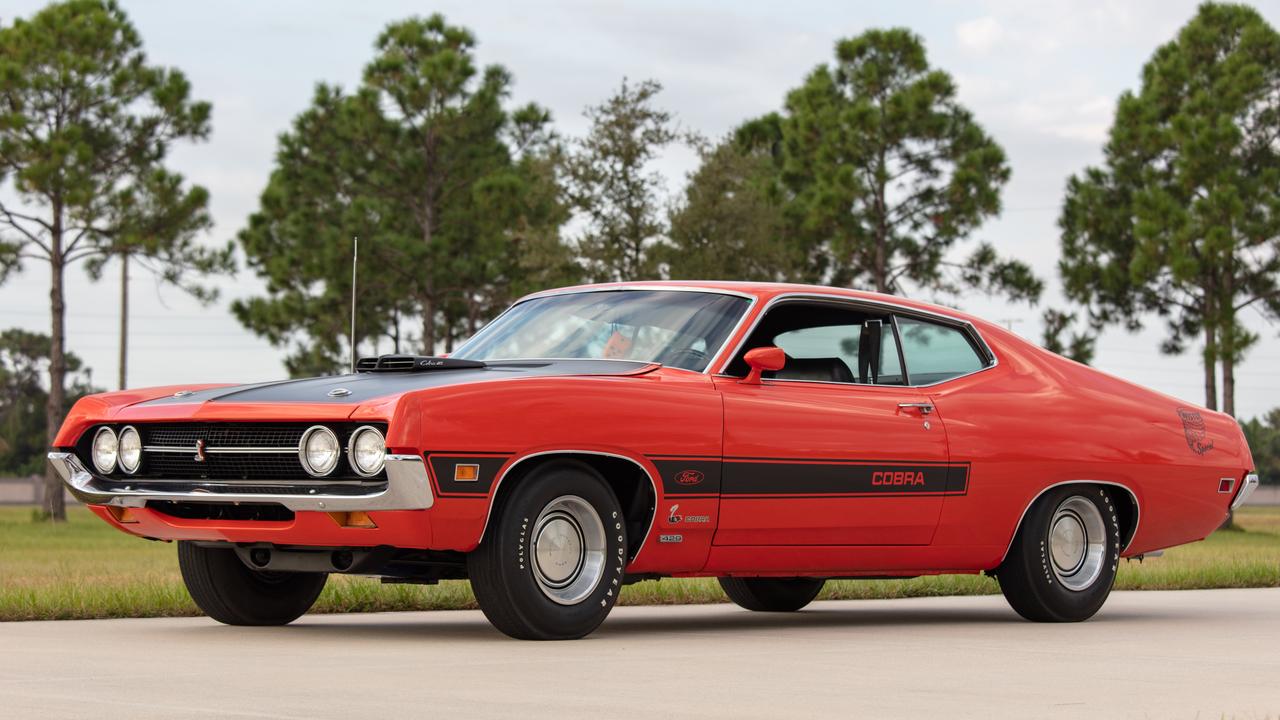 The 1970 Torino Cobra could be had with not one, but three different 429 engines (just as used in the Mustang Boss 429). The apex predator of the Cobra line was the Super Cobra Jet with the Drag Pack option. This one, rated at a very conservative 375 bhp, came with a Holley carburetor, four-bolt main bearings, forged pistons, and a solid-lifter camshaft, propelling it to the mid-13s in the quarter mile. 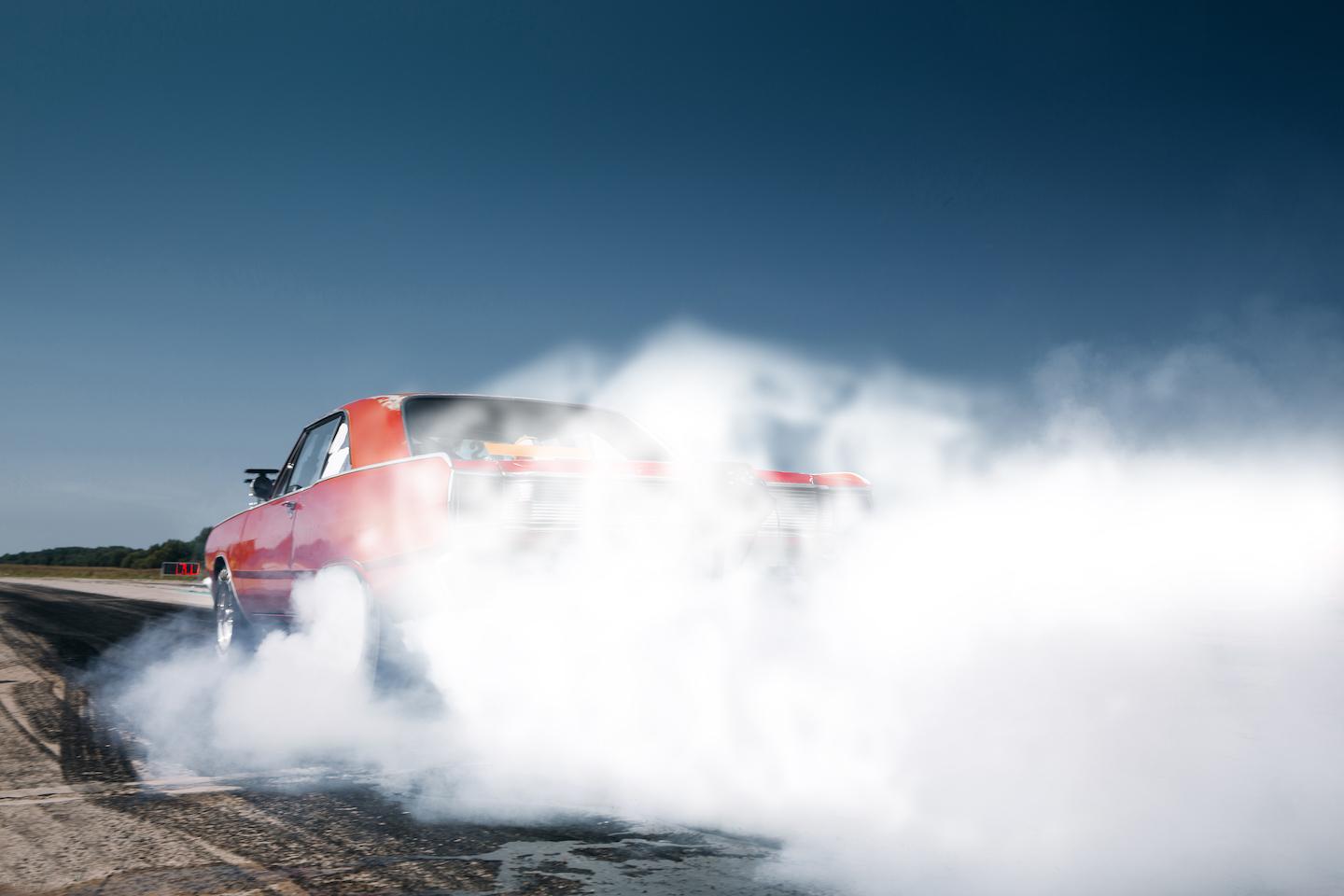 How to Buy a Muscle Car

If you’re asking how to buy a muscle car, the simplest advice is as follows: Very carefully. The muscle car was a high-volume model fitted with the largest engine available. If this sounds like a setup for fakes and counterfeits, you’re absolutely right—due diligence is required. You need to know the history of the car you’re looking at. 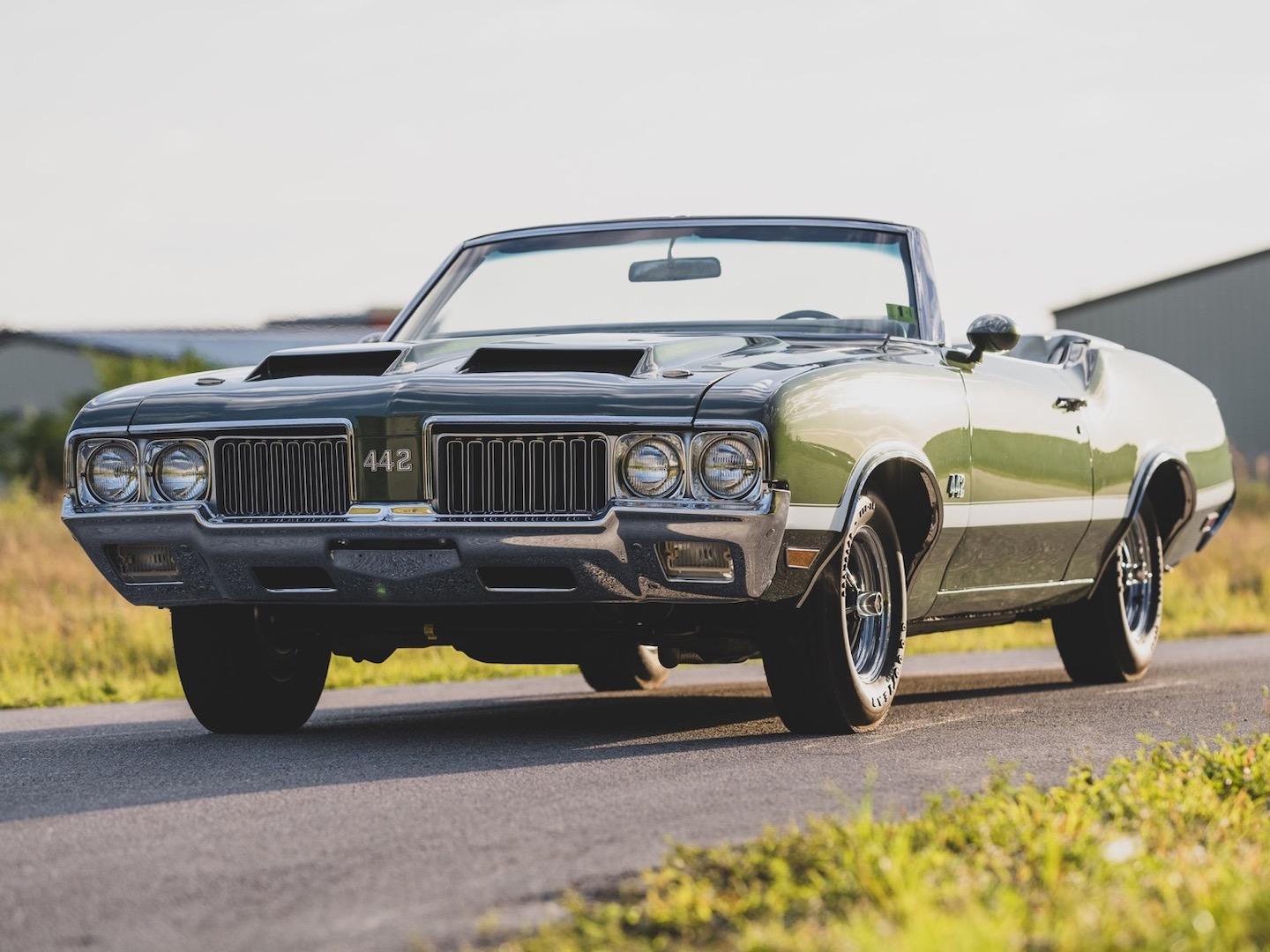 Tracking down prior owners of a car you’re researching can be tricky, because of the Driver’s Privacy Protection Act. One resource in the face of this: a national (or local) club dedicated to your car of interest. Sometimes a simple ad in the club magazine or Web site can reap big rewards.

And of course, if you’re looking to buy at auction, check out our article on how car auctions work and how much cars sell for at auction. 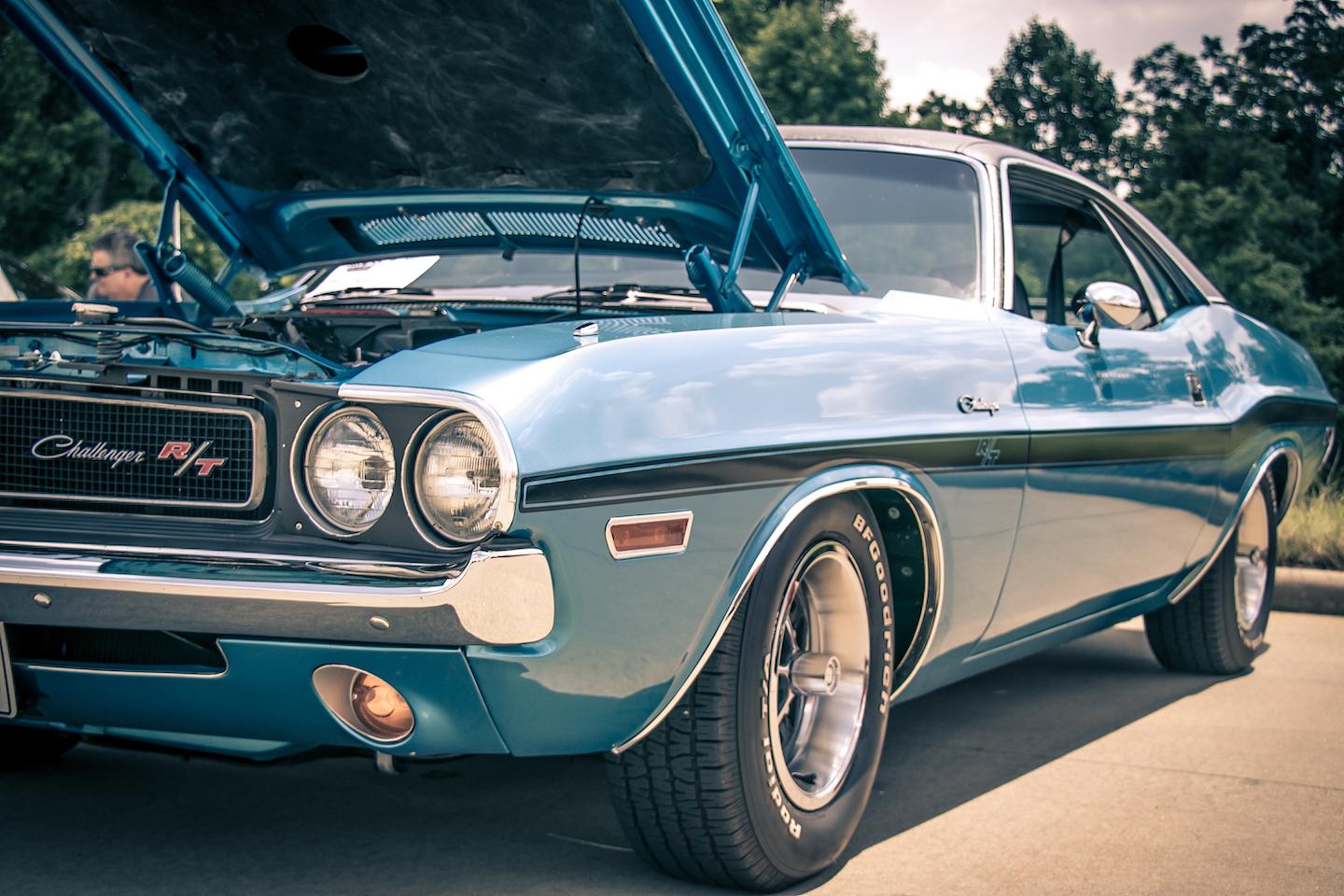 The 1964 Pontiac GTO combined the engine from a full-size car in the chassis of a mid-size. This formula grew in power and speed, until rising fuel prices, insurance costs, and pollution controls in the 1970s made the muscle car impossible to produce. It wouldn’t be till the late 1980s when electronics and the advent of fuel injection and lambda oxygen sensors began to restore muscle to the motoring world. 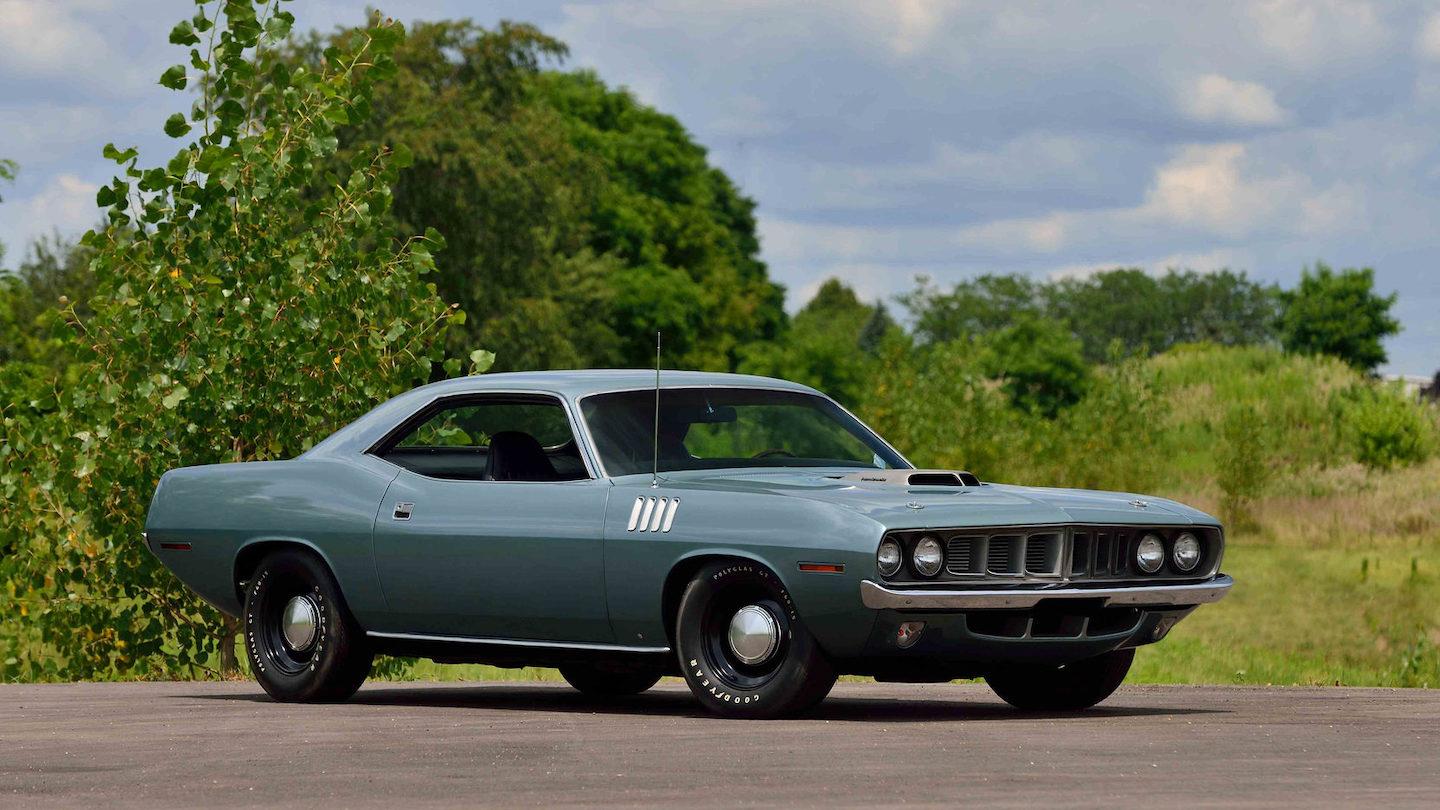