Will the Tesla Roadster Become Collectible?

Production of the original Tesla Roadster began in 2008, and it’s now been out of production for nearly eight years. In the time since, electric vehicle technology has advanced at a blistering pace, and the market of EVs has grown significantly. Tesla’s own model lineup has expanded as well, and is now comprised of four distinct models with more (including a new Roadster and a truck) on the way. But it all started with the original Roadster, which has to remain one of the most exhilarating EVs to drive, even in a world where the Model S can hit 60 from a standstill in the mid two-second range. Will the Tesla Roadster ever become collectible though, in the same way some of us lust after models from Porsche, Ferrari, BMW, and plenty of other makes? 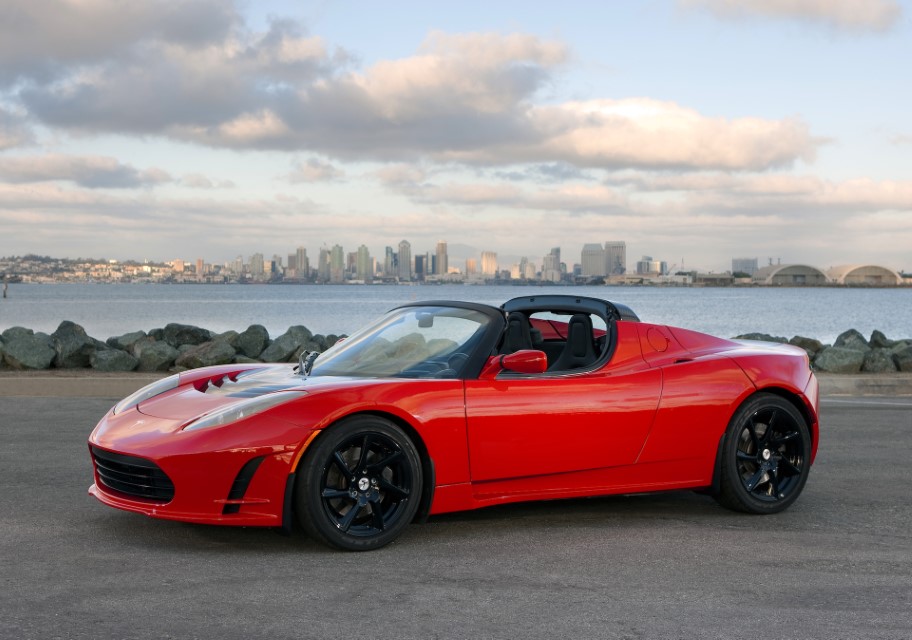 If it’s got one thing going for it, and this will no doubt spark controversy in EV owner circles, it’s that the original Tesla Roadster was not originally designed to rely on electricity for motivation. The car is based on the Lotus Elise, a model from a company dedicated in its pursuit of lightweight design and exceptional handling. Get behind the wheel of any Lotus from any era, and drivers are essentially guaranteed to come away with a newfound appreciation for how connected and visceral a car can be. It is the Lotus Elan that is credited with influencing and perhaps inspiring the Mazda MX-5 Miata, and today the company is still producing some of the best-driving cars available for sale.

Although the Tesla Roadster ended up being both heavier and slower than the Lotus Elise and Exige, it didn’t lose its innate connection to the road. Diving through a corner or ripping a freeway junction ramp at the limit of traction seems to come just as naturally, and the always-on torque of the single electric mean the Roadster is continually asking to be pushed even harder—until the battery dies. 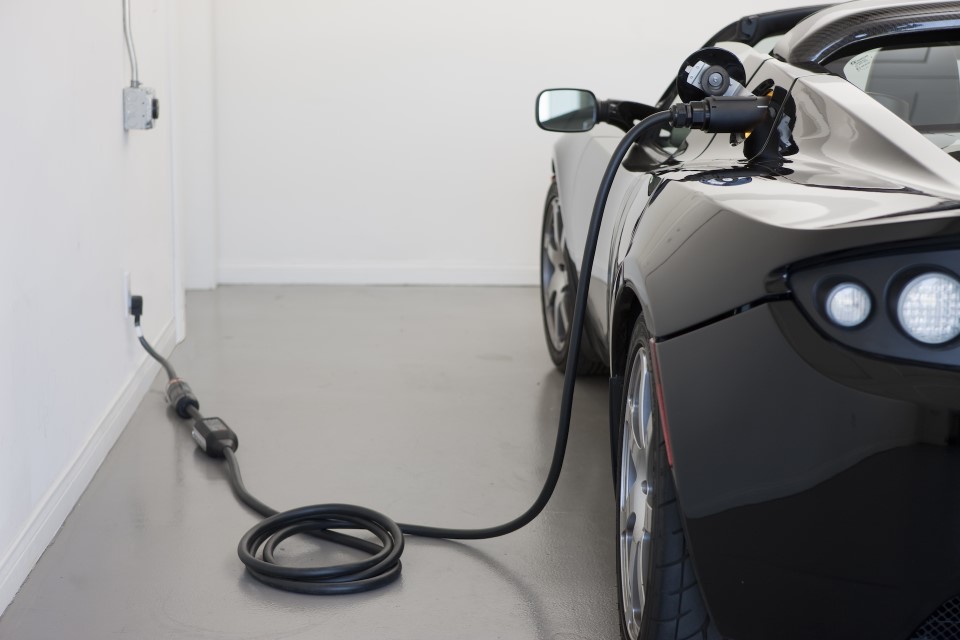 Although the Tesla Roadster was rated with up to 244 miles of range by the EPA, using that capacity to achieve max acceleration—safely in the three-second realm—depletes it incredibly fast. According to an episode of Top Gear, the Roadster’s batteries could be run dead with just 55 miles of heavy track driving, and the car was later shown being pushed off the circuit. This ultimately resulted in Tesla filing a lawsuit, which ended up being thrown out, with Tesla on the hook for BBC’s legal fees.

The thing is though, Top Gear wasn’t exactly off the mark. Using maximum performance, or something like ludicrous mode in the current Model S, still depletes battery life and range incredibly fast. It’s the same story with any EV that can put the power down for any semblance of respectable performance, and the reason for this is simple; gasoline still holds a lot more energy than a battery can, and batteries remain very heavy.

But, for a car with the size and footprint of a Lotus Elise, 244 miles was still very respectable, and made the car perfectly usable for many of its city-dwelling owners. By today’s standards, and in comparison with EVs that are scheduled to debut over the next few years, it still isn’t particularly bad. Additionally, the Tesla Roadster R80 (3.0) upgrade in 2014 increased range to nearly 400 miles—but at substantial additional cost. 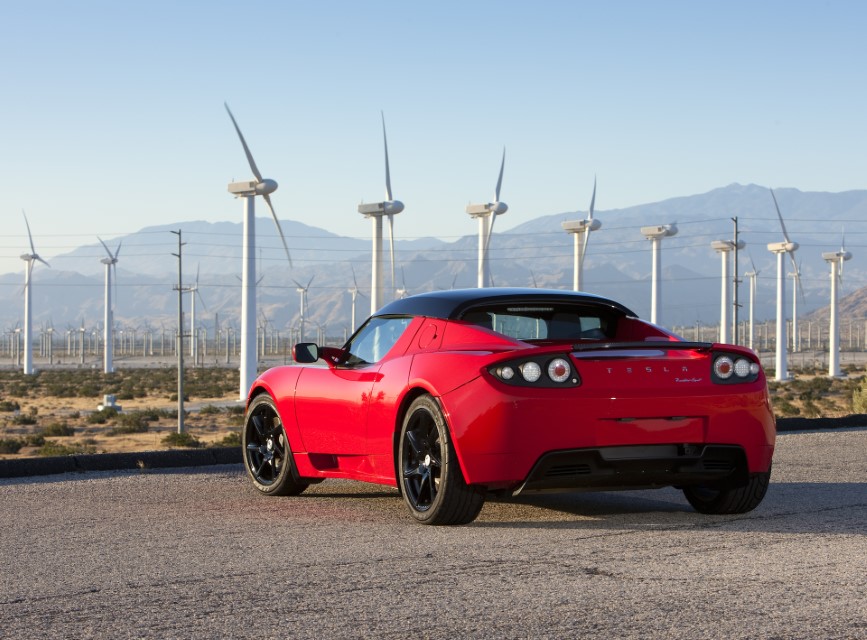 Over four years of production, Tesla manufactured approximately 2,450 Roadsters. For reference, that’s less than the entire span of Lamborghini Diablo production, and just over a third of how many original Ferrari Testarossas were built. This makes the original Tesla Roadster a reasonably rare car.

Couple this with the fact that the Tesla Roadster was the first highway-legal, mass-produced EV with lithium ion batteries, and the first EV with more than 200 miles of range per charge, and it seems like something special. 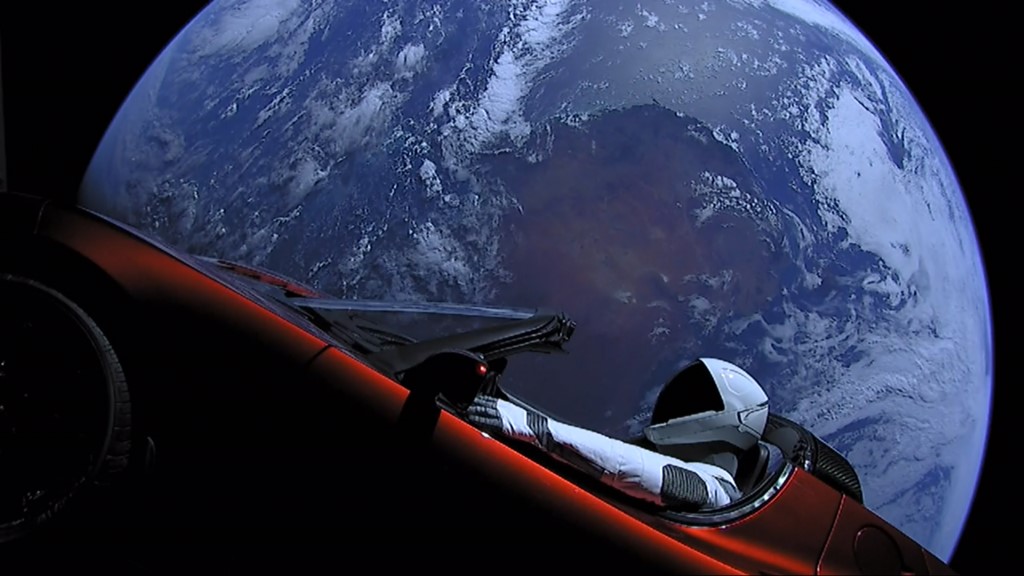 Relative rarity and a captivating history are usually among what it takes to make a car desirable and collectible. Considering Tesla shot Elon Musk’s personal 2008 model year example into space back in 2018, and the fact that it’s been in heliocentric orbit for over two years now, and the Tesla Roadster story only gets more interesting.

Prices and valuations, however, don’t seem to agree. The Tesla Roadster originally retailed with base prices between $98,950 and $128,500. Today, even the most desirable 2.5 Sport models with low mileage have yet to break the six-digit sale threshold. The most expensive Tesla Roadster auctioned is a 2010 model year Sport trim level, which sold for $93,500 last year. Looking through other results, and the average auction sale price is roughly $54,000, or roughly half of what they sold for new. 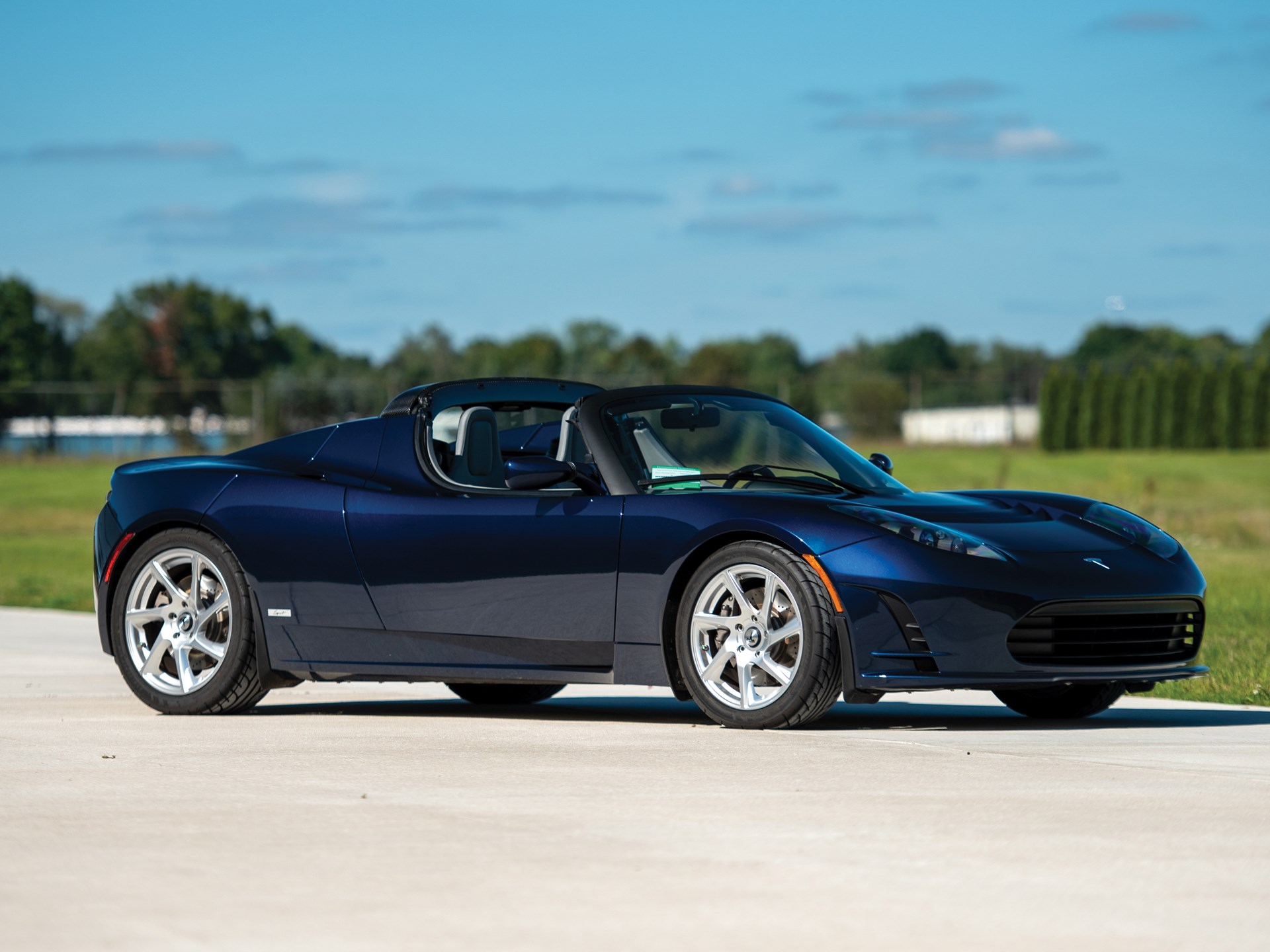 But for such an interesting, engaging, and significant car, one has to wonder why they’re simply not worth more. In the case of the Tesla Roadster, it seems that the cars functionality relying on what is now largely viewed as prototype technology may be the chief objection. While a Lotus Elise of comparable age runs a rev-happy Toyota four-cylinder that may outlast the car itself, the Tesla Roadster relies on battery packs, and no battery has yet earned the distinction of aging gracefully.

In addition to factors such as long-term reliability, usability, and basic functionality all being questions for something like an early EV, the development of technology in the years since the Tesla Roadster also play a factor. Why should buyers be willing to pay a premium for something with obsolete technology that will only continue to age? You could ask the same questions about any classic car, but the vast majority of projects are usually an engine rebuild away from regaining a degree of functionality, and even as direct injection and turbocharging have taken over, enthusiasts will long for the great cars of yesterday.

Will the Tesla Roadster every earn the same kind of legendary status as an early Ferrari, for example? Only the passage of time will tell, but if you won’t be able to take one out for a drive in 30 years, it may not stand a chance. On the other hand, if you’ll be able to use one decades from now, today’s prices may actually represent an exceptional value proposition. 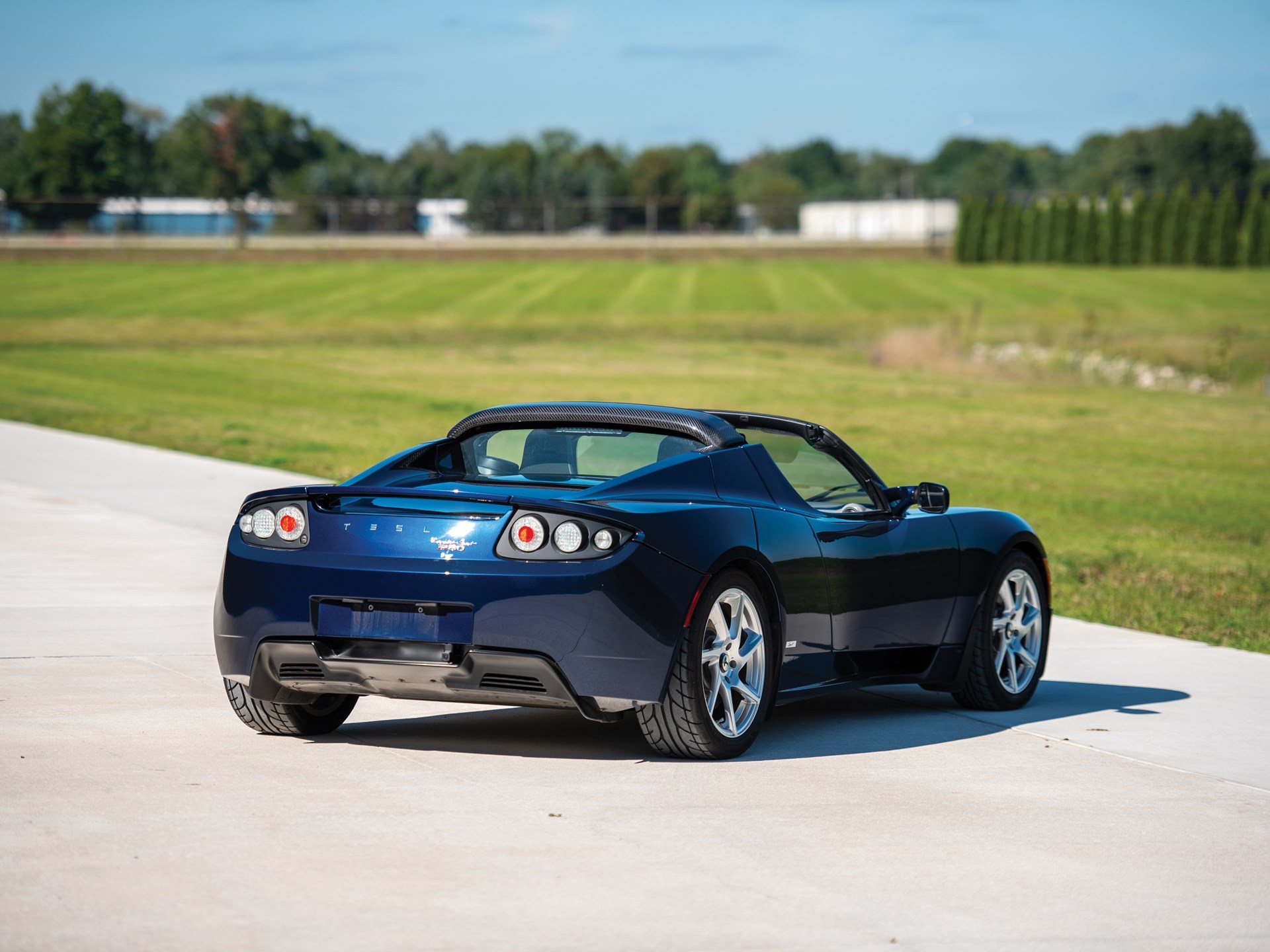