How Much does the Ferrari Enzo Cost? 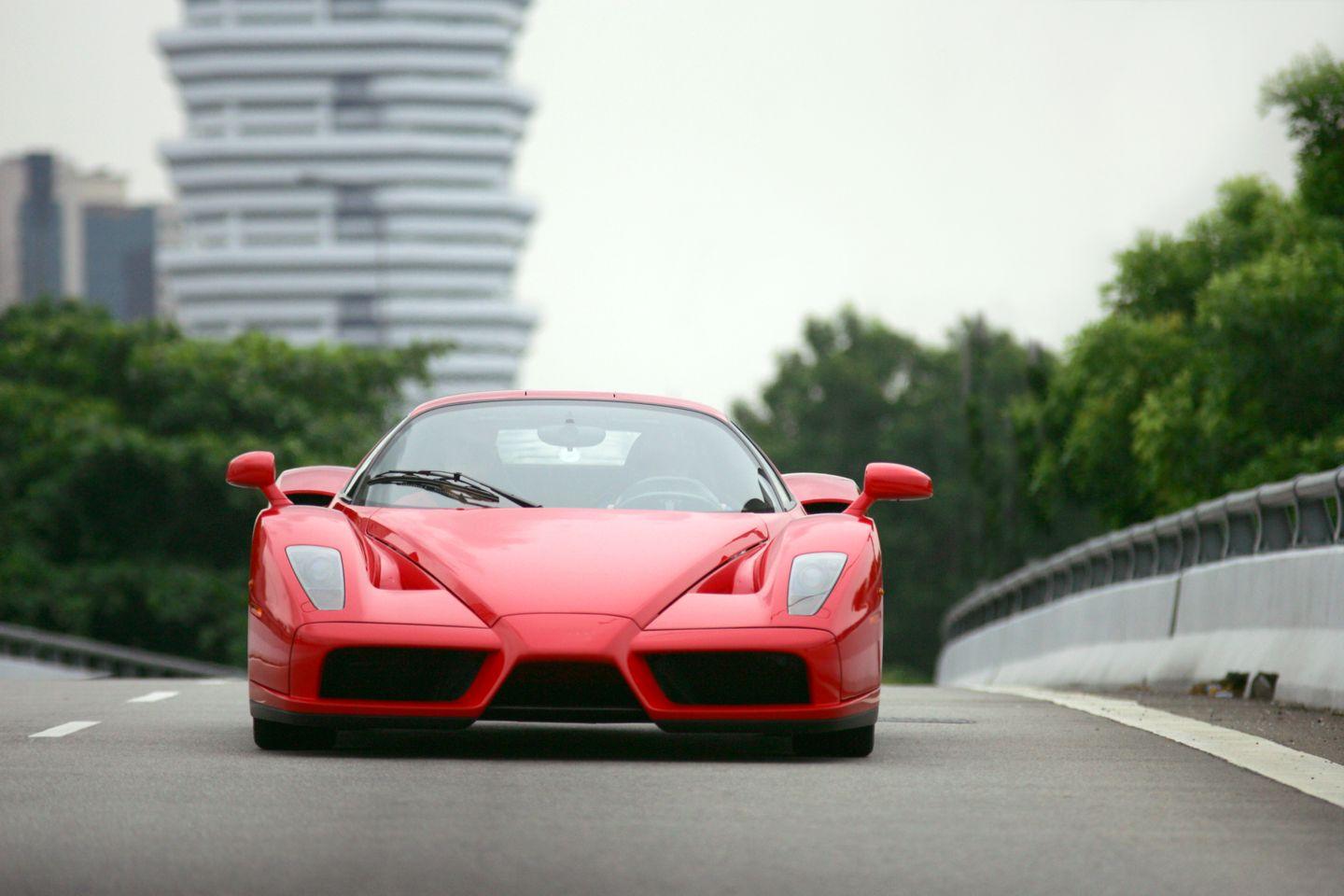 How Much does the Ferrari Enzo Cost?

One of the most impressive figures that can define any supercar is its price. When it was new, the Ferrari Enzo had an MSRP of $659,330, or around $900,000 when adjusted for inflation. This astonishing price may seem par for the course in 2020, but back in the early 2000s, the Enzo shocked the world with its sticker price. How much does the Ferrari Enzo cost? At a recent auction, a pristine Ferrari Enzo sold for $2,640,000 with RM Sotheby’s, so it’s safe to that investing in what was once the pinnacle of Ferrari performance when it was new was a safe bet. The most expensive Enzo ever sold is a 2005 model year that met a new owner to the tune of $6,050,000 back in 2015. That same year, a 2003 example finished in Giallo Modena (yellow) sold for $3,300,000, making it the third most expensive example of the Ferrari Enzo ever sold. By the way, while we’re on the topic, the official name of the car we’re discussing here is actually Enzo Ferrari, which pays homage to the company’s founder and namesake, but most everyone (including auction houses) actually refers to the car as the Ferrari Enzo. 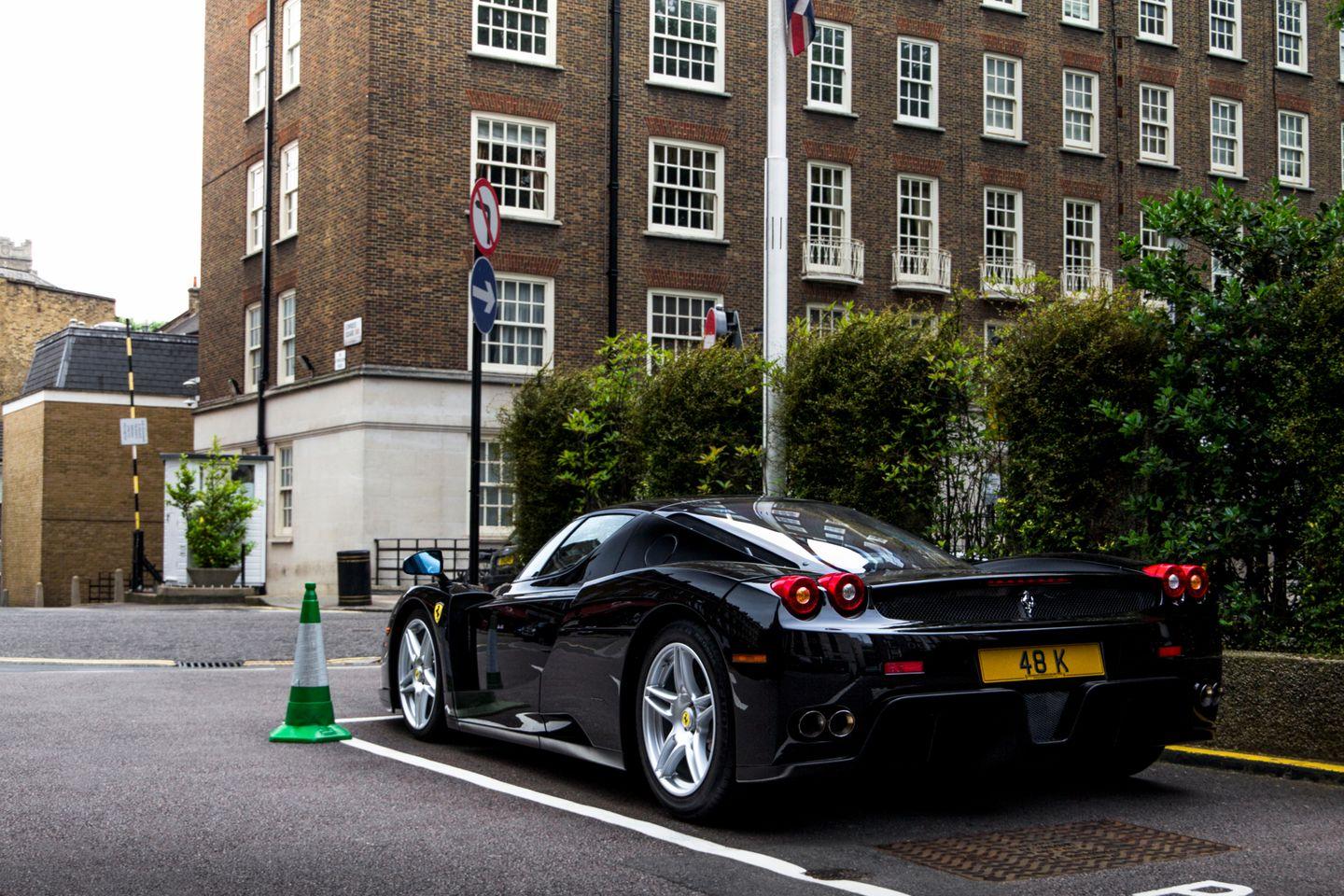 What is the Top Speed of a Ferrari Enzo?

The top speed of the Ferrari Enzo is a blistering 221 mph, which was breathtaking in 2003 and still very impressive today. Although the Enzo’s top speed of 221 mph was not enough to beat the McLaren F1 at full tilt, the Enzo wasn’t focused on top speed alone. With a zero-to-60 time of 3.1 seconds, the Enzo was one of the quickest cars on the planet (even though a current BMW M5 is now faster). The Enzo can clip off a zero-to-100 mph run in only 6.6 seconds, adding yet another incredible statistic to its list of accomplishments. EVO Magazine famously lapped the Nürburgring with a Ferrari Enzo, recording a time of just 7 minutes and 25 seconds—an impressive record despite a broken electronic damper, which may have slowed things down. 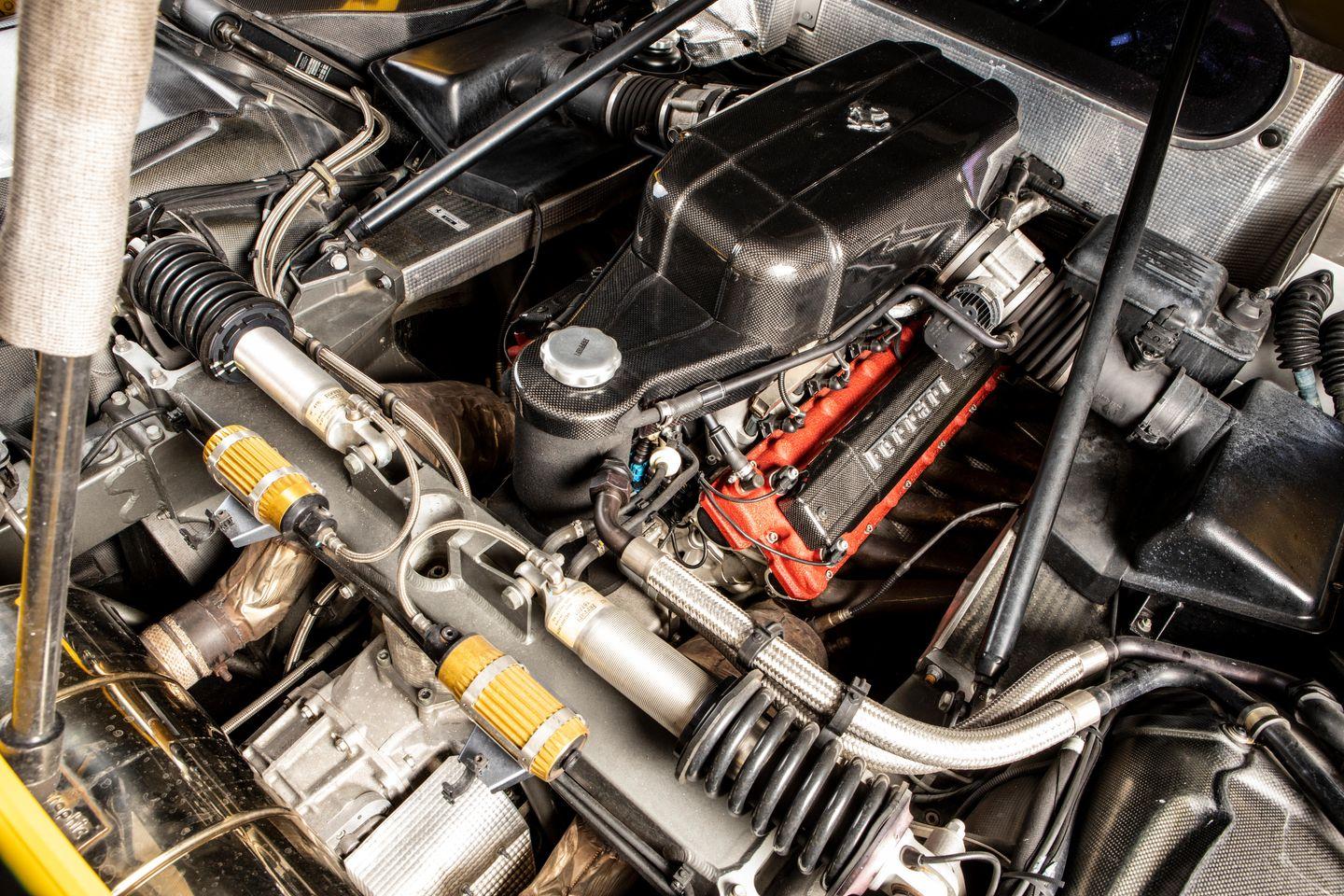 The Ferrari Enzo’s impressive top speed comes courtesy of its 6.0-liter naturally aspirated V12 engine which produces an impressive 650 horsepower at 7,800 rpm and 485 pound-feet of torque at 5,500. With a redline of 8,200 rpm, the Enzo’s screaming V12 harkens back to the golden age of motorsport when engines like it dominated the landscape. This superb power plant is mated to the controversial automated single-clutch transmission known as the F1 gearbox. This single-clutch automatic transmission was the predecessor to today’s lightning-fast dual-clutches and has its fair share of quirks. Known for abrupt shifts, the F1 transmission certainly dates the Enzo, but represents the best automatic transmission available at the time—even then, a manual just wasn’t fast enough to match the performance of the rest of the drivetrain. Drivers can, however, control this transmission with carbon-fiber paddles fitted to the steering column, and pretend they are F1 ace, Michael Schumacher.

The Enzo also featured F1-inspired pushrod actuated suspension with remote reservoir dampers for the pinnacle of on-track performance. These adjustable electronic dampers could be manipulated from the cabin via the Enzo’s sophisticated drive mode selection. The Enzo’s brakes are no less impressive, featuring 15-inch front discs and Brembo six-piston calipers. 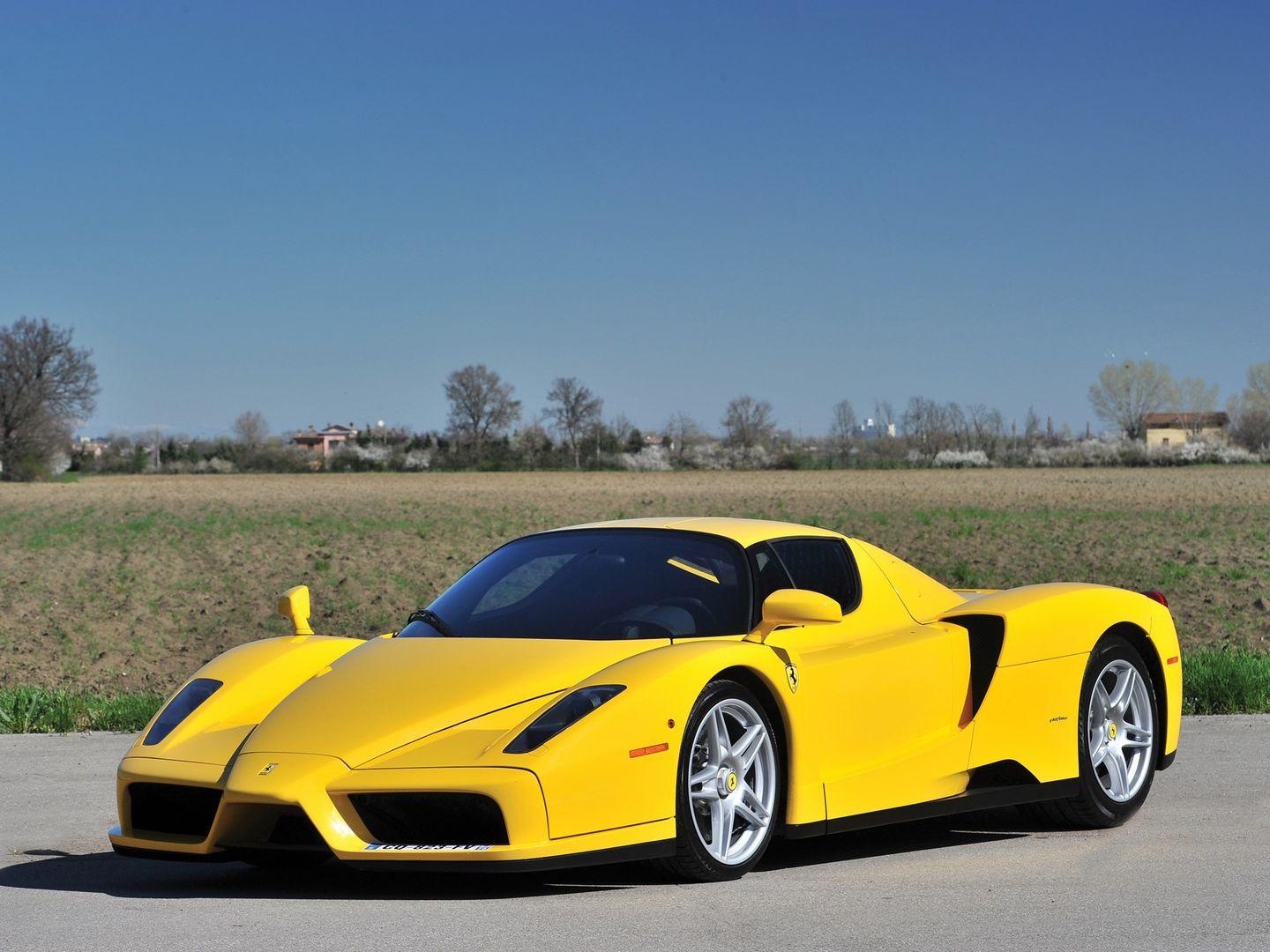 The Enzo was sold out long before its reveal at the 2002 Paris Motor Show. During its brief production run of two years from 2003–2004, Ferrari claims to have built just 400 units of the Enzo. Because there are so few on planet earth, the Enzo is one of the rarest modern Ferraris, as the company now builds a few multiples of the number of cars it did back in the 1960s. 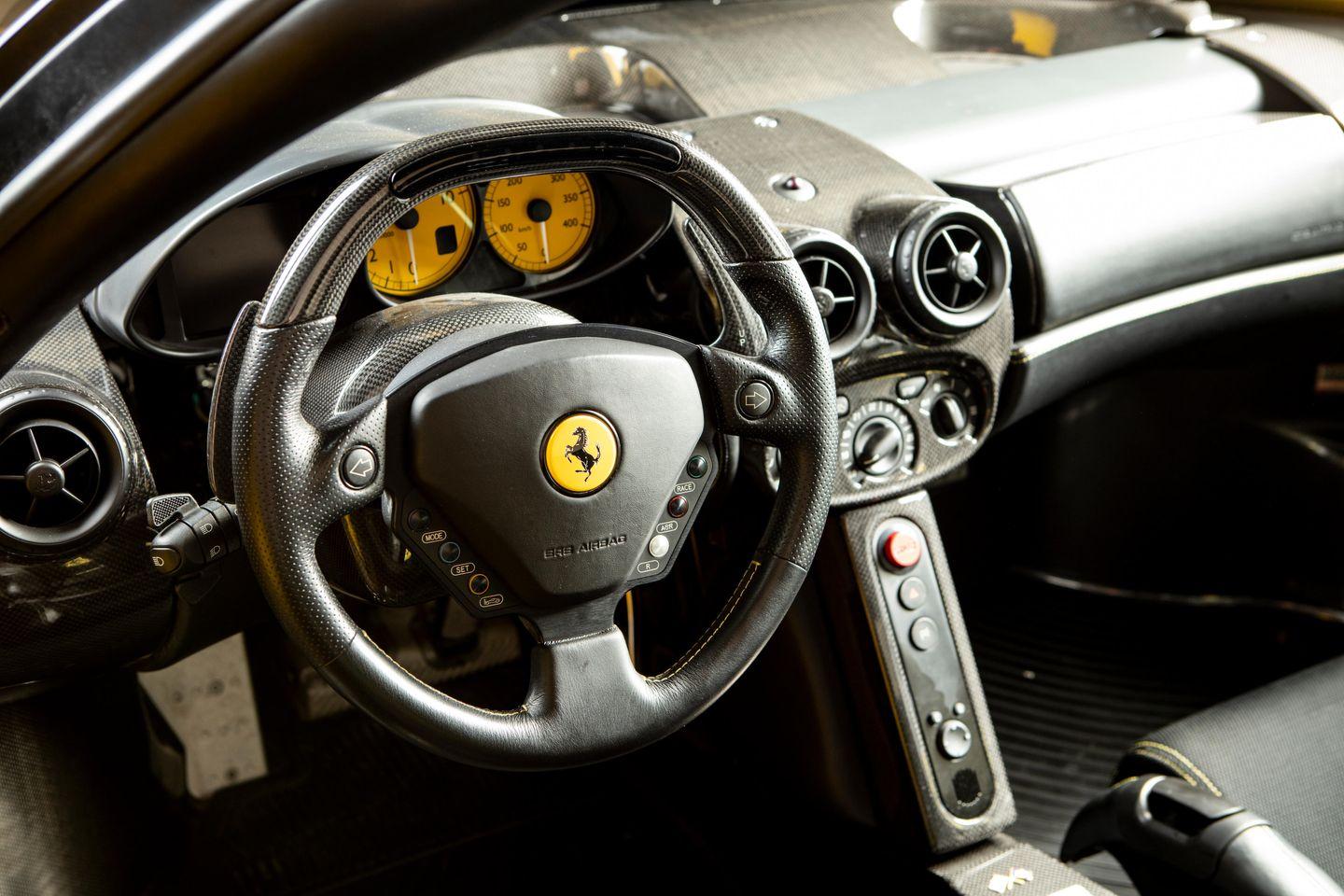 At least a few have claimed that the official production figures for the Ferrari Enzo aren’t accurate. Regardless, with the value of the Ferrari Enzo in today’s market, there will always be value in rebuilding a crashed example which will hopefully keep the 400 originally built around for a long time. 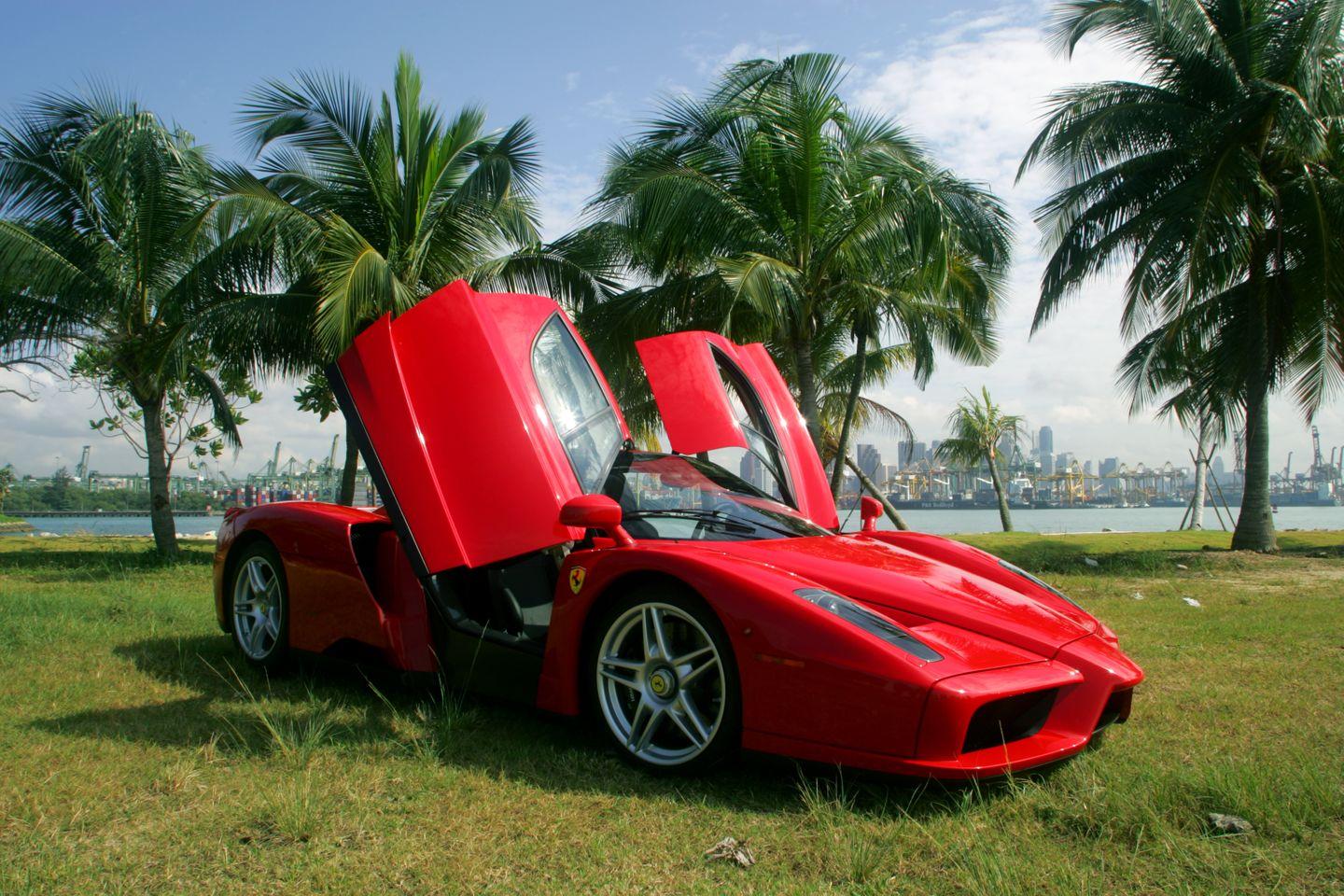 When was the last Ferrari Enzo Made?

It’s said that the original Enzo production run ended in 2004, with the 400th unit donated to the Vatican and subsequently sold with proceeds going to charity.

The underlying design and technology were carried forward for a number of years though, and the Maserati MC12 (produced until 2005) is just one example. Another is the track special known as the FXX. 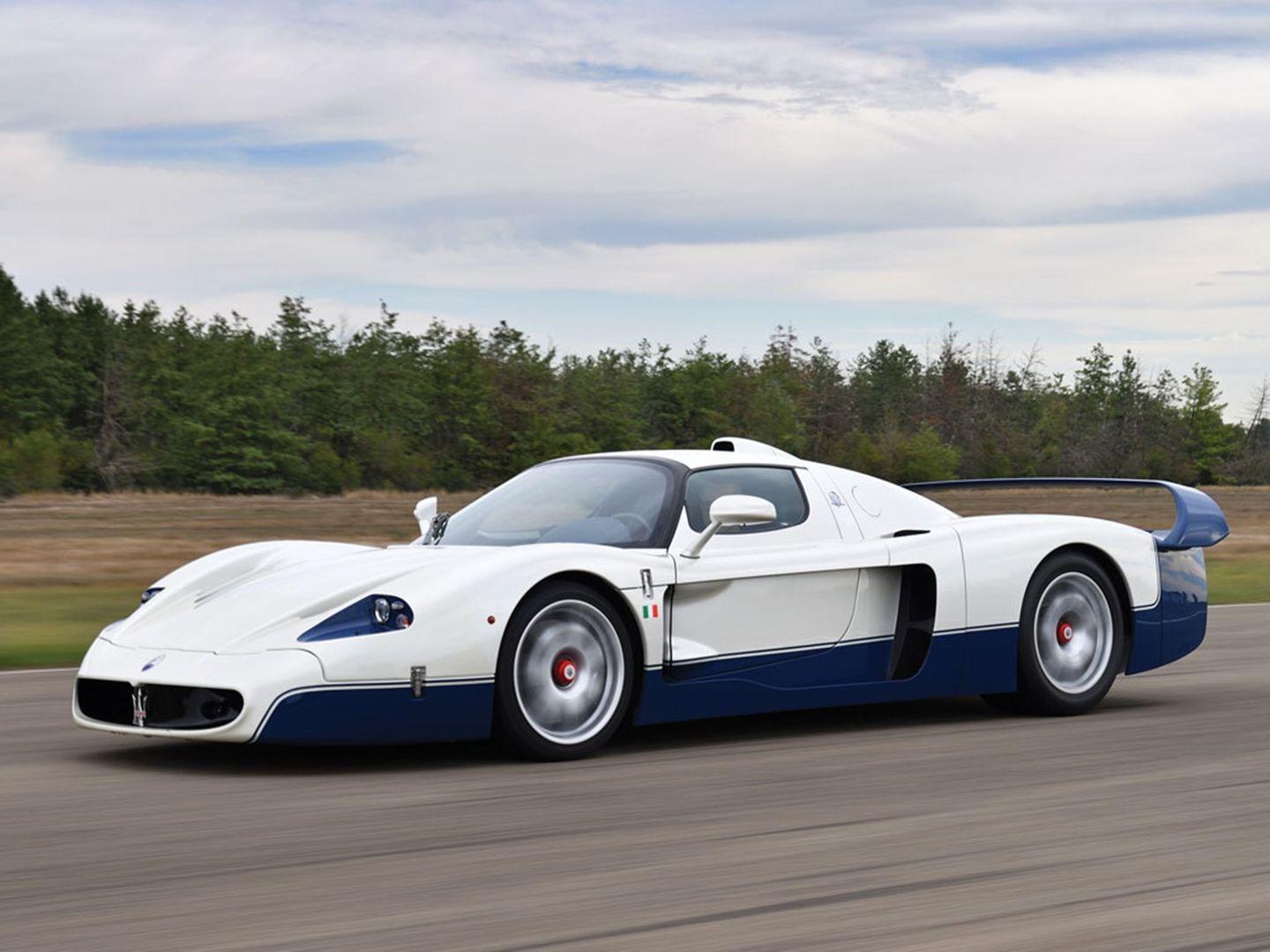 This race-bred machine featured a 6.3-liter V12 tuned to 789 horsepower with a lightened body and more aggressive aero. For years, there persisted a myth that an FXX could not actually be taken home by its owner and that Ferrari would instead manage the logistics of the car and get it ready to go at any racetrack the customer desired. This wasn't actually true, as Road & Track explained. The final Ferrari Enzo-based car was the FXX Evoluzione which debuted in 2009. This pinnacle of Ferrari Enzo engineering took the already mad Ferrari FXX and tweaked the aero, suspension, engine, and transmission for even more performance. 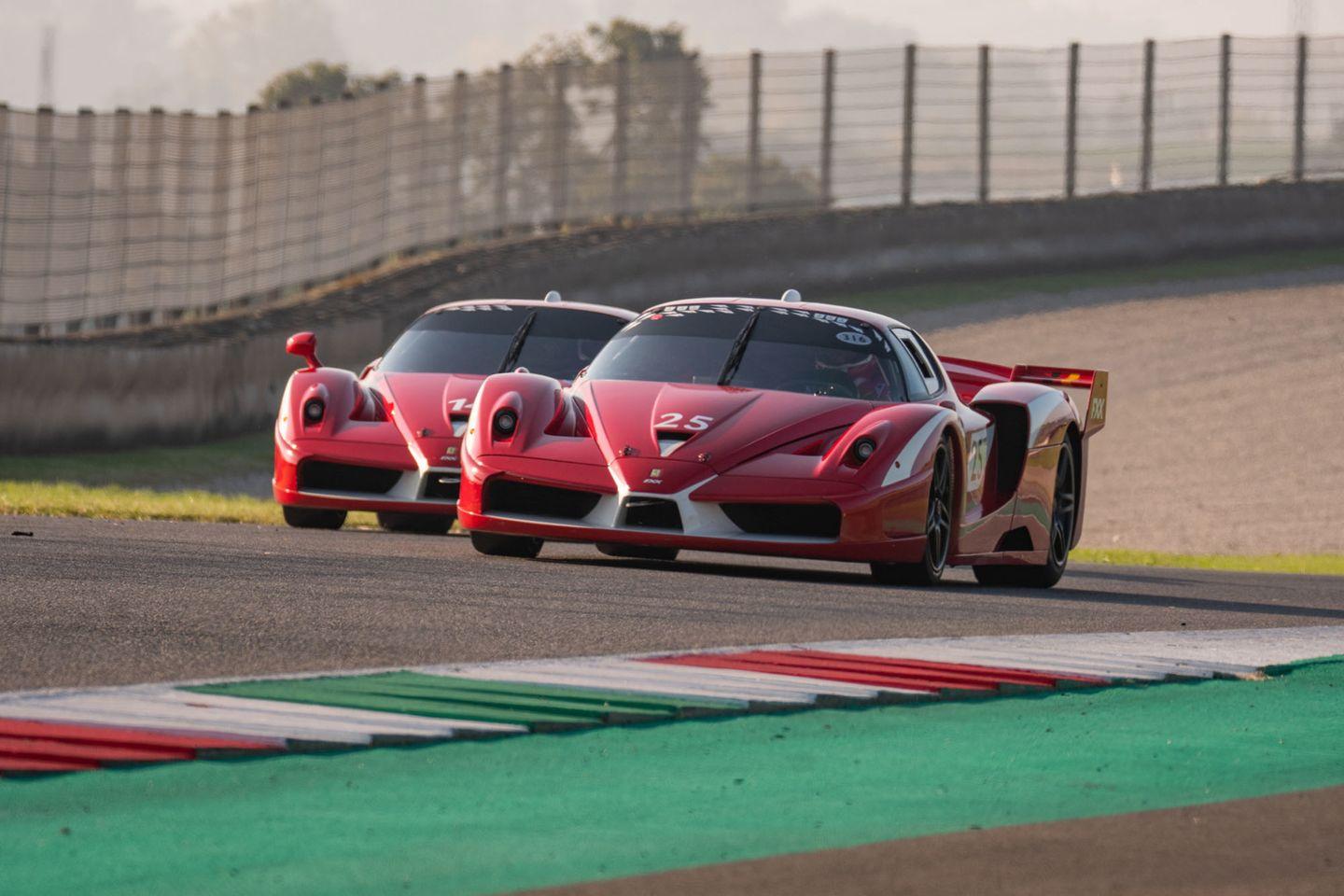 The Ferrari Enzo ushered in a new age for supercars putting technology above all else. This was a massive departure from the Ferrari F50 which proceeded it, and the Ferrari Enzo’s influence can still be felt and seen today. All modern supercars owe a debt to the Ferrari Enzo for its innovative approach to performance. As supercars and hypercars continue to push the limits of engineering, we can look back to 2002 and see the genesis of the incredible machines we enjoy today.