The new Ford Bronco has taken the automotive world by storm. It’s been 25 years, after all, and SUV and truck sales in the U.S. were on a tear until the events of this year. Moreover, in an automotive landscape comprised of so many homogenized models, the Bronco represents a breath of fresh air, with its removable doors, and go anywhere, do anything personality. 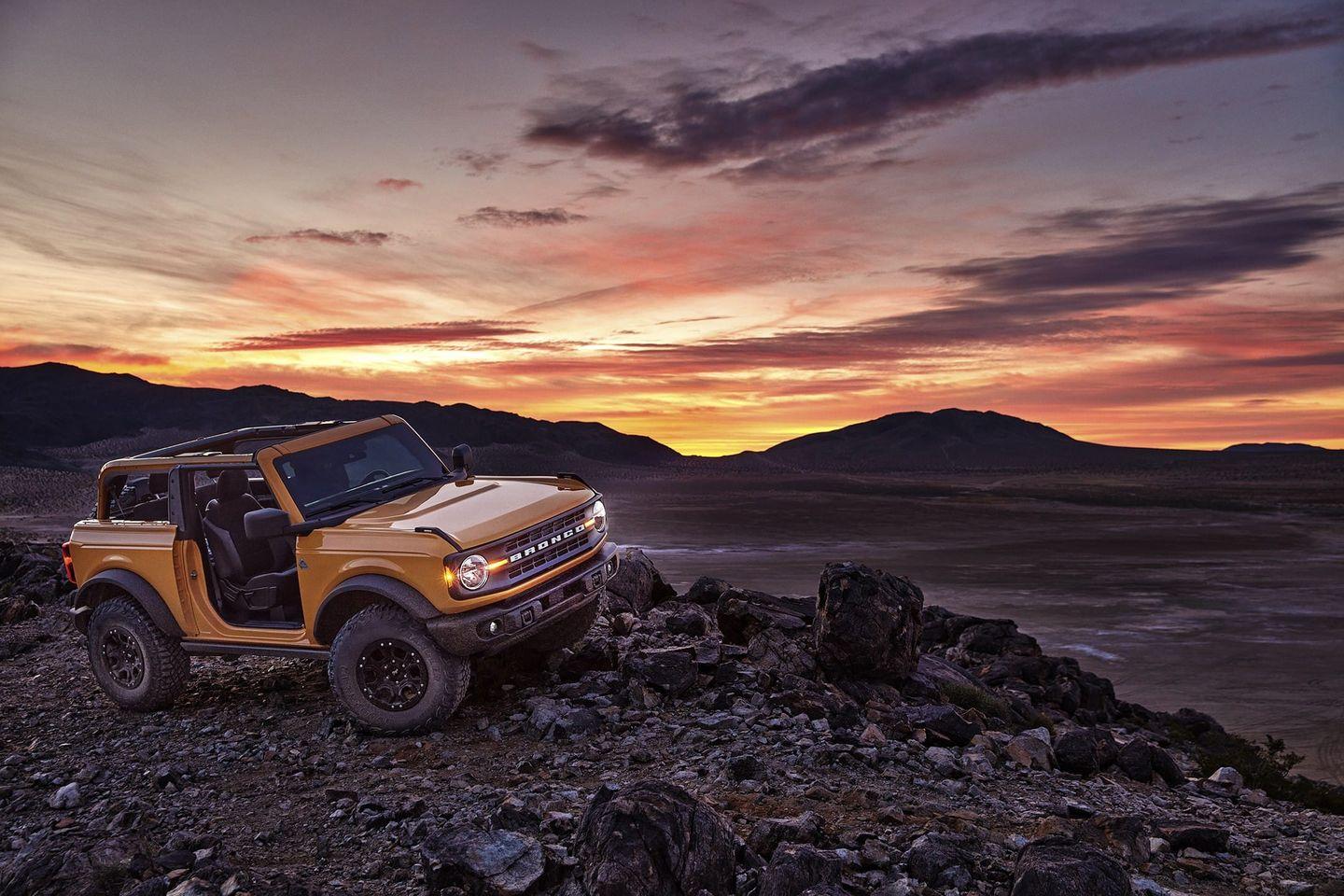 On the eve of the Ford Bronco announcement (which had already been rescheduled out of coincidence) though, Fiat Chrysler revealed the Jeep Wrangler Rubicon 392 concept. Under normal circumstances, there’d be little value in comparing a model headed for production and a speculative concept, but if there’s anything we’ve learned about 2020, it’s that these are not normal circumstances. To that end, According to Road & Track, the Jeep Wrangler Rubicon 392 is on its way to volume production.

At first look, the Wrangler 392 might not seem like an obvious Bronco counterpart. It’s speculated to start at $60,000, while the Bronco’s base MSRP is under $30,000. Spend a few minutes on the configurator though, and it’s not hard to option the Ford until it crosses the $60,000 threshold. 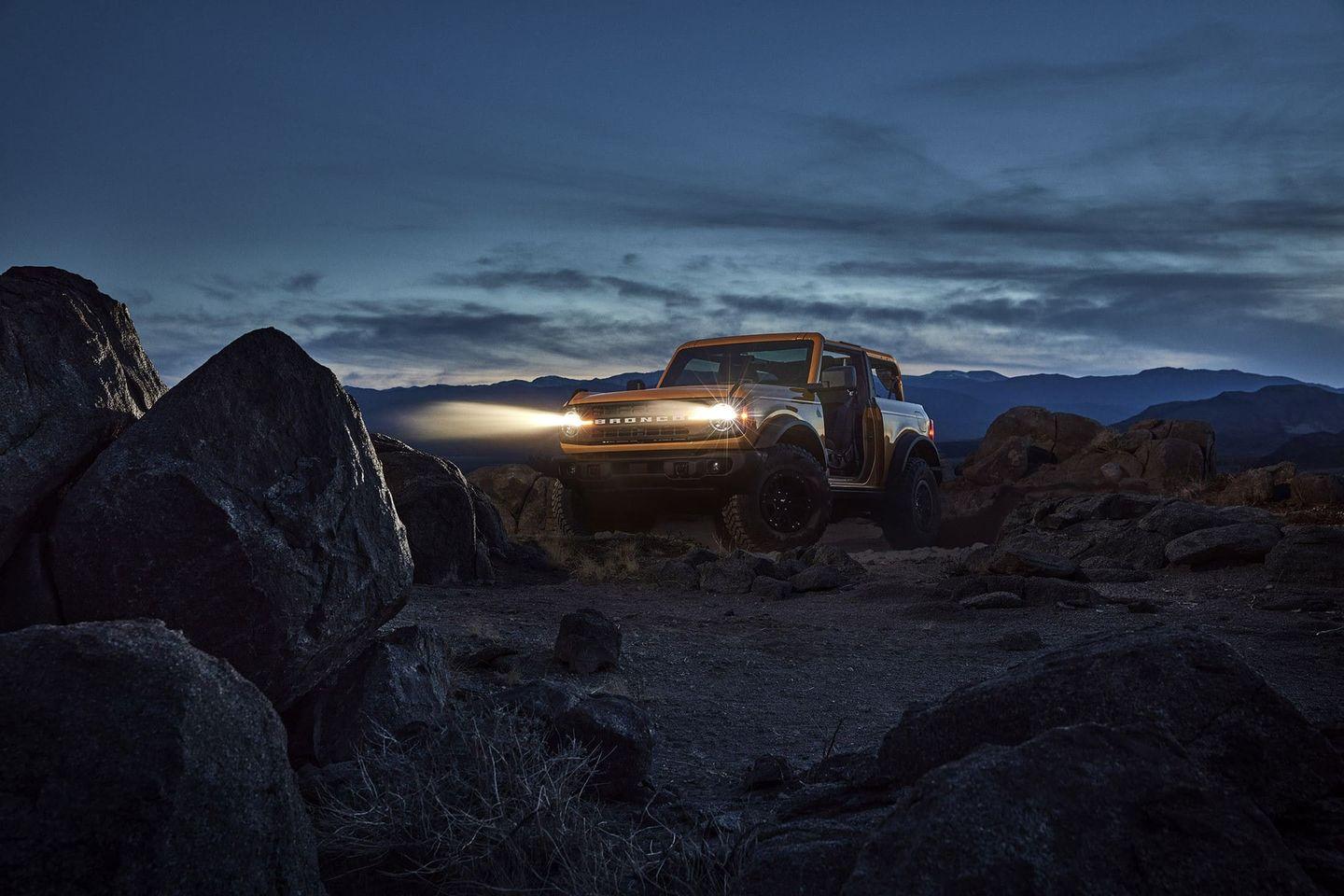 Things get even more interesting when one looks at the Bronco’s engine options. The choices are entirely EcoBoost, ranging from the 2.3-liter inline-four, to the second generation of the 2.7-liter Nano V6, which is also found in the F-150. Check all of the boxes on the build sheet, and the Bronco in your driveway will have the EcoBoost V6, which delivers 325 horsepower and 400 pound-feet of torque. 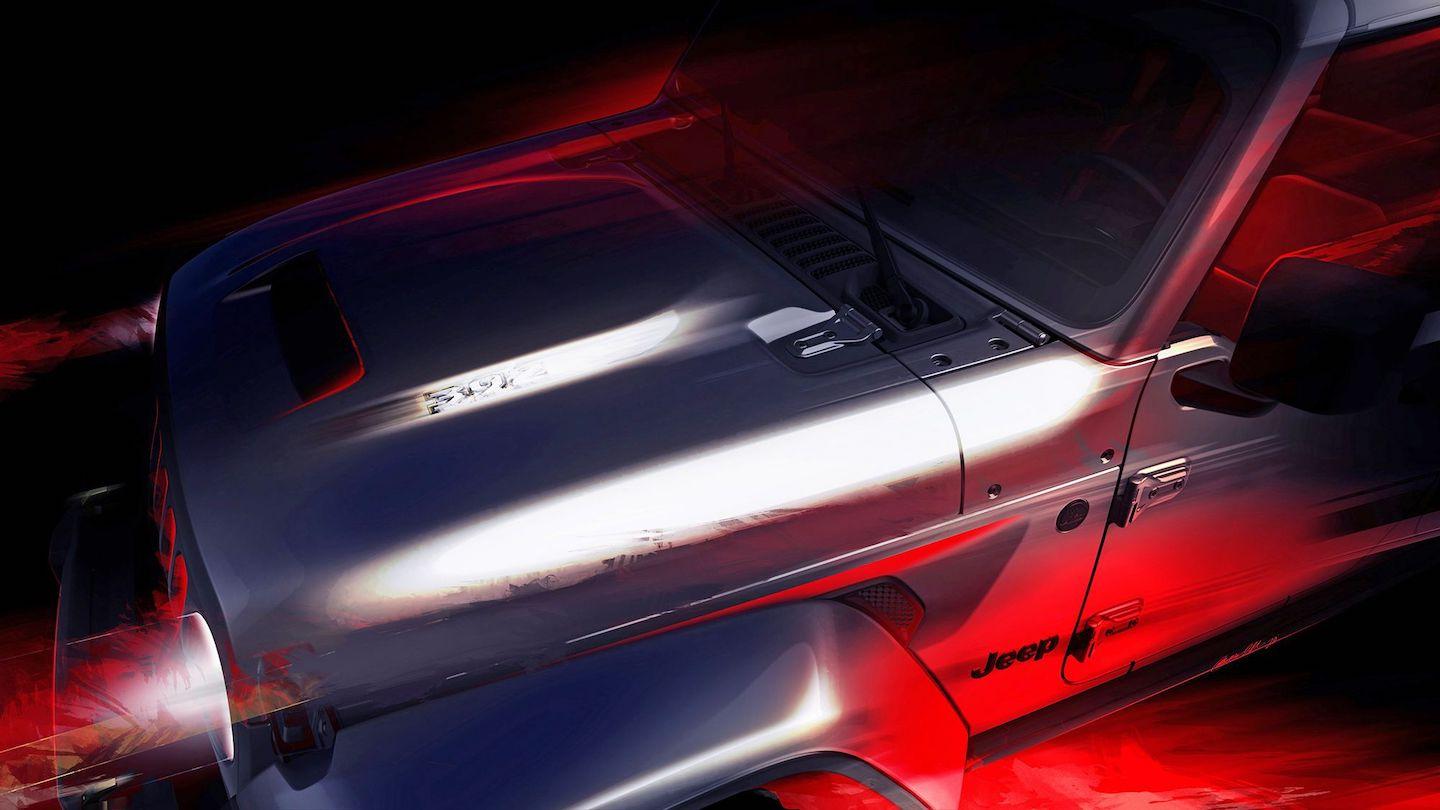 The Jeep Wrangler hasn’t been offered with a factory V8 since AMC 304-powered CJ7, which went away after 1981. If the Wrangler 392 does indeed become a reality that one can actually purchase, it will come with a version of Chrysler’s 6.4-liter Hemi engine, referred to as Apache. If there’s one thing we know about the American auto market, it’s that having a V8 in the engine lineup can make or break a model, regardless of how many are actually sold with the drivetrain choice. Just look at the legacy of the Ford Raptor, and the popularity of rumors surrounding the next model potentially coming with a 5.0. If you’re still not convinced, look at what drivers are willing to pay for Hemi-swapped Wranglers and Gladiators. 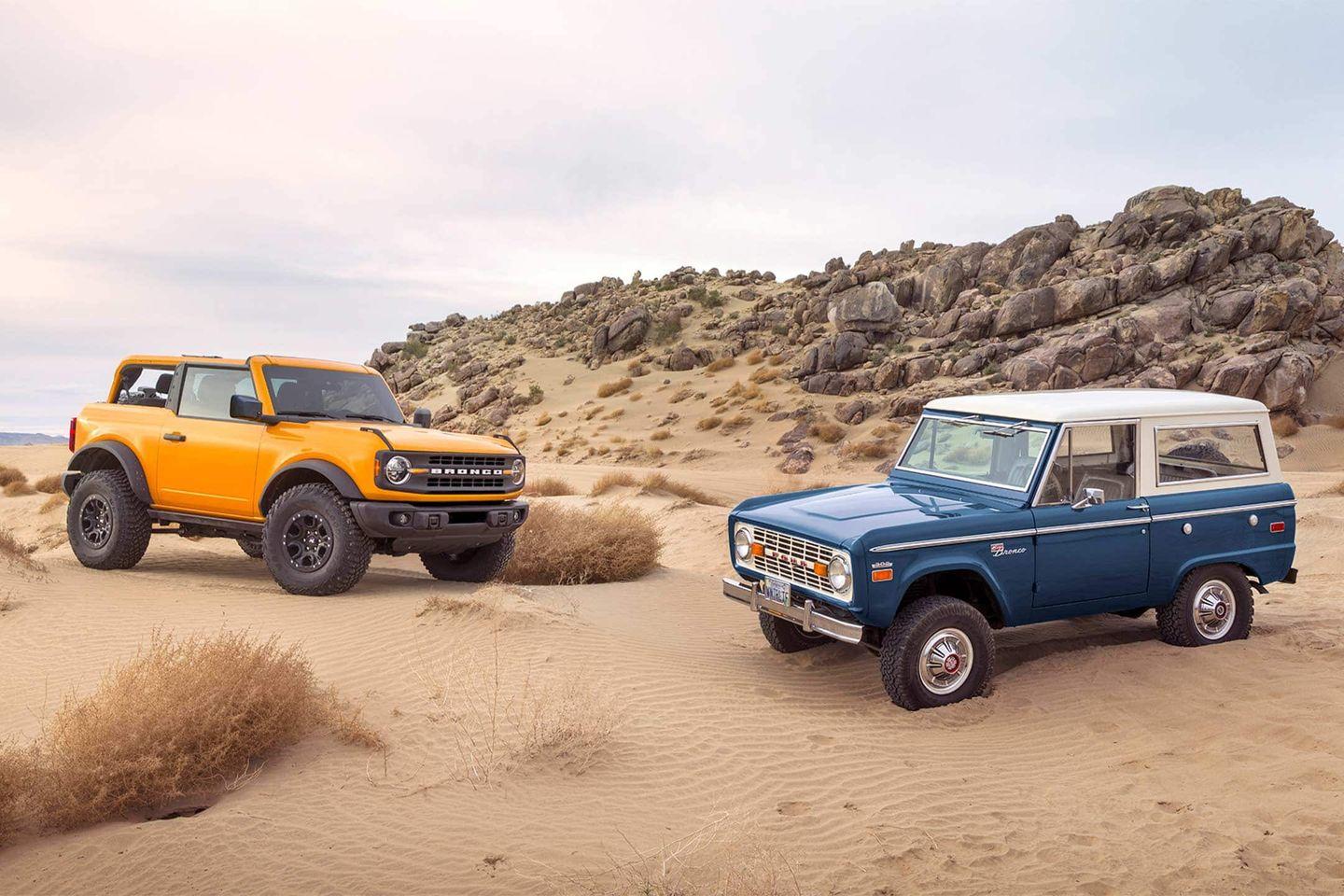 It’s not particularly surprising that the Bronco doesn’t come with a V8. If you’re willing to give it the time of the day, you’ll find that it’s packaging, design, and functionality drive a hard bargain against any Wrangler, which currently comes with a V6 (although a diesel is now on the horizon). Regardless, there’s no substituting the 450 horsepower and 450 pound-feet of torque offered by the 392, which yields a zero-to-60 time of fewer than five seconds according to Fiat Chrysler.

Which one are you picking? While the Ford Bronco is more associated with the V8 than the wrangler—we need only mention the Dauntless V6 and 4.0 straight-six—the latter coming from the factory with such a powerful engine (even in a special edition) appeals to a certain segment of the market. Not only, but if you’re looking to use a truck like the Bronco to the fullest extent of its capability, the reputation of the EcoBoost F-150 may be of concern.

If you were to ask us, we’d fall on the side of the 392 Wrangler, but not without first giving the Bronco and its refinement and functionality a hard look. 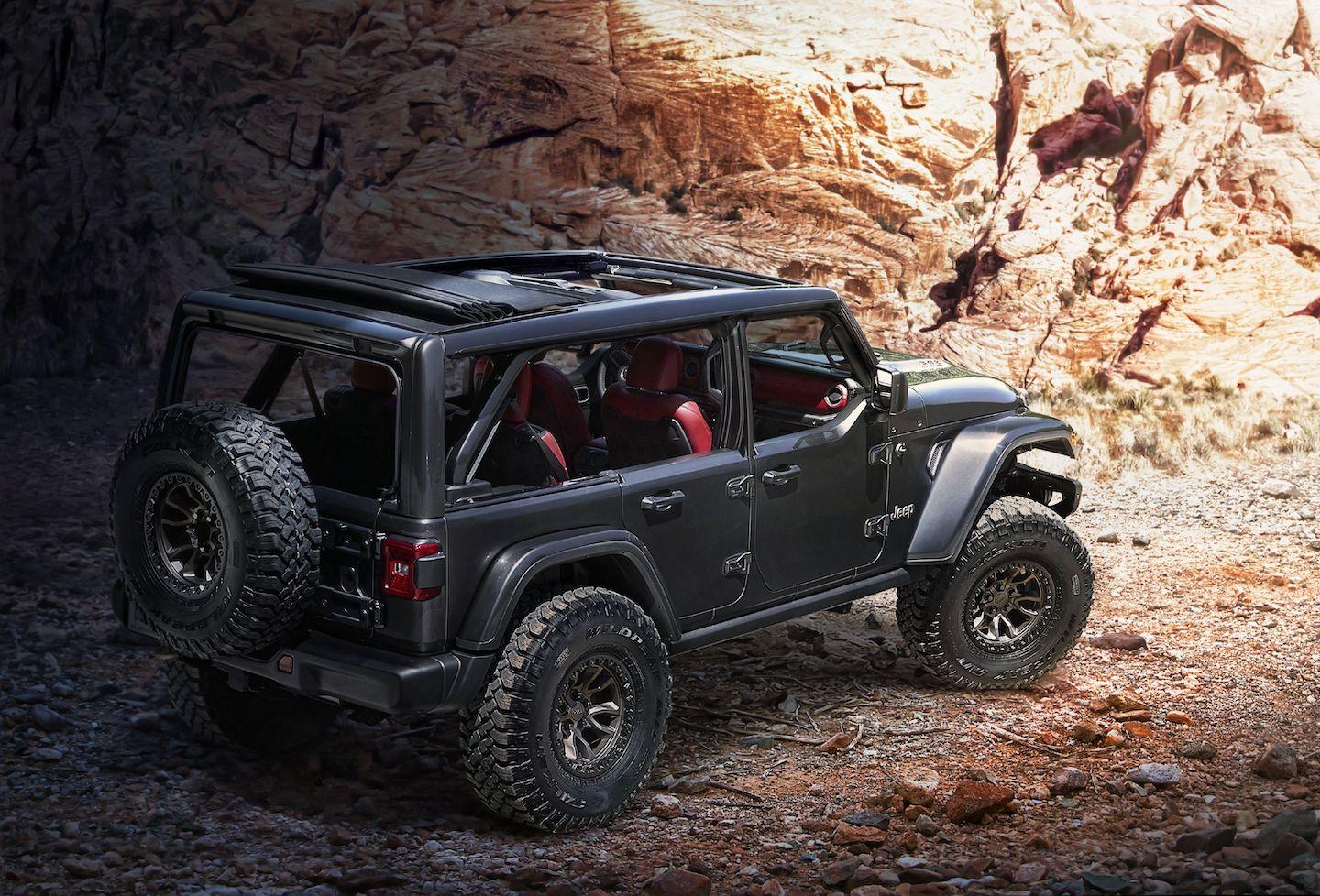