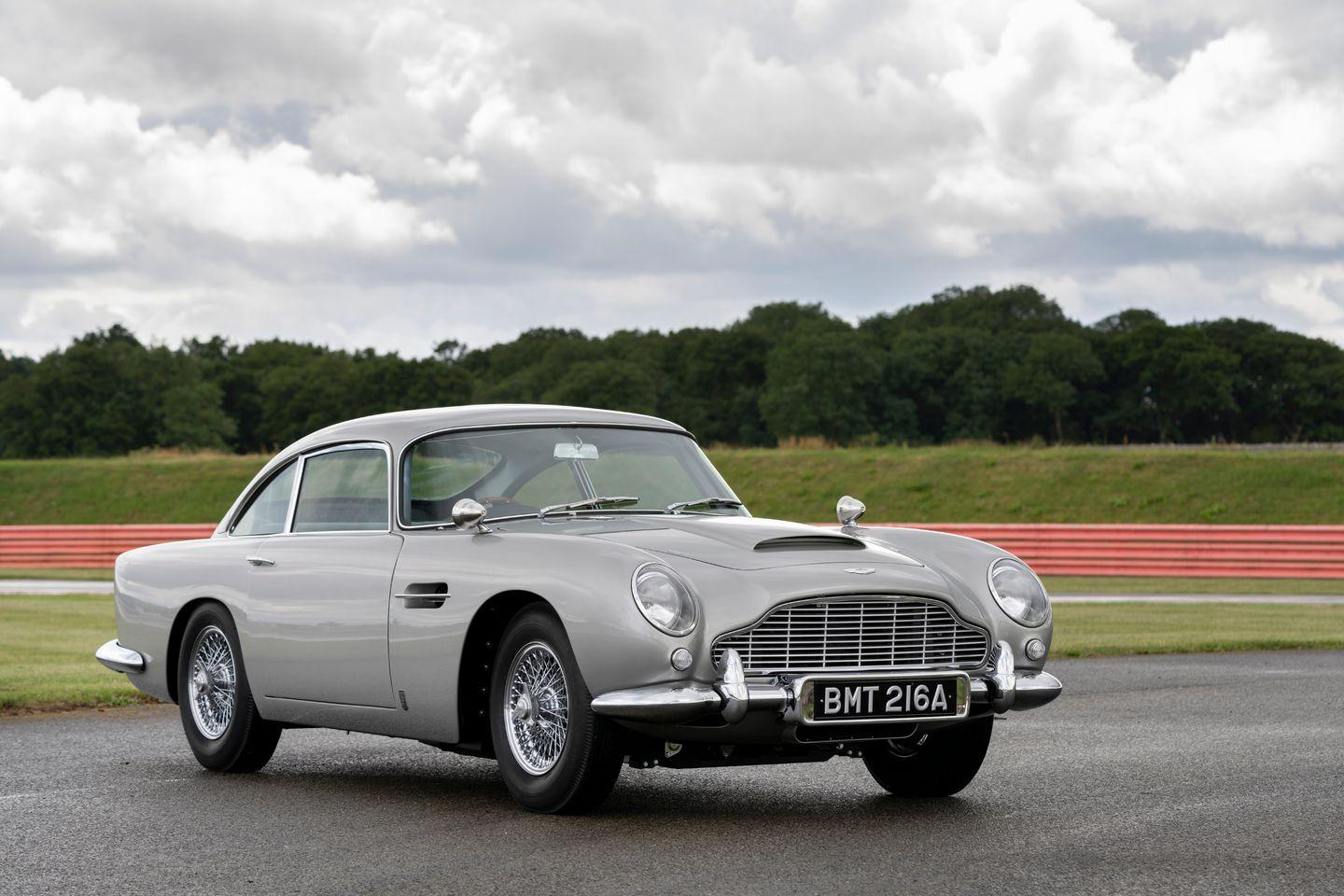 Any Aston Martin DB5 is worth a sizeable sum. Looking at the preceding five years’ worth of data, the average price for a DB5 sold at auction is roughly $1,600,000. Last year in Monterey, one of the original DB5s used for filming Thunderball and Goldfinger was sold for a staggering $6,385,000, without question skewing the mean higher.

Long considered “The Most Famous Car in the World,” the value of the DB5 isn’t surprising, and neither is the fact that for the filming of No Time to Die, lightweight stunt car replicas were used—which, interestingly enough, rely upon a certain BMW inline-six for motivation. 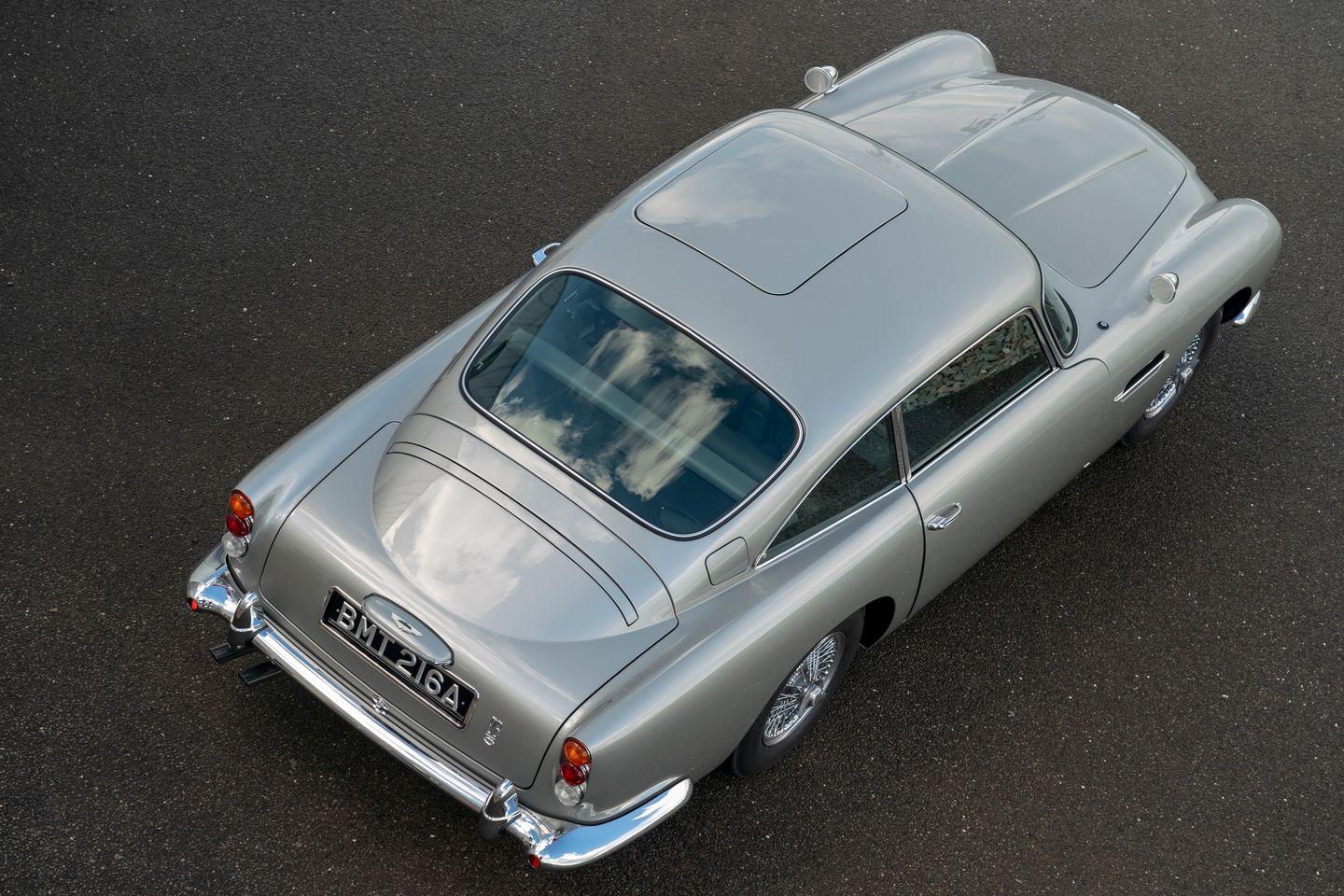 Will the production of 25 so-called continuation cars impact the broader DB5 market? It’s doubtful. Jaguar has laid the precedent here, in the form of its own continuation cars which include recent limited-production runs of the D-Type, XKSS, and E-Type Lightweight. While these cars are excellent, and better than the originals in many ways, in the collector market, there’s simply no replacement for a period-built example, and the provenance and originality they offer.

While we haven’t seen any of the Jaguar continuation cars go to auction yet, one of each (D-Type, E-Type Lightweight, and XKSS) are scheduled to cross the block at RM Sotheby’s Elkhart Collection sale later this year in October. Each one is expected to sell for a healthy sum, but for the serious Jag enthusiast in the market for a continuation, it’s likely that a few original examples already reside in the garage. 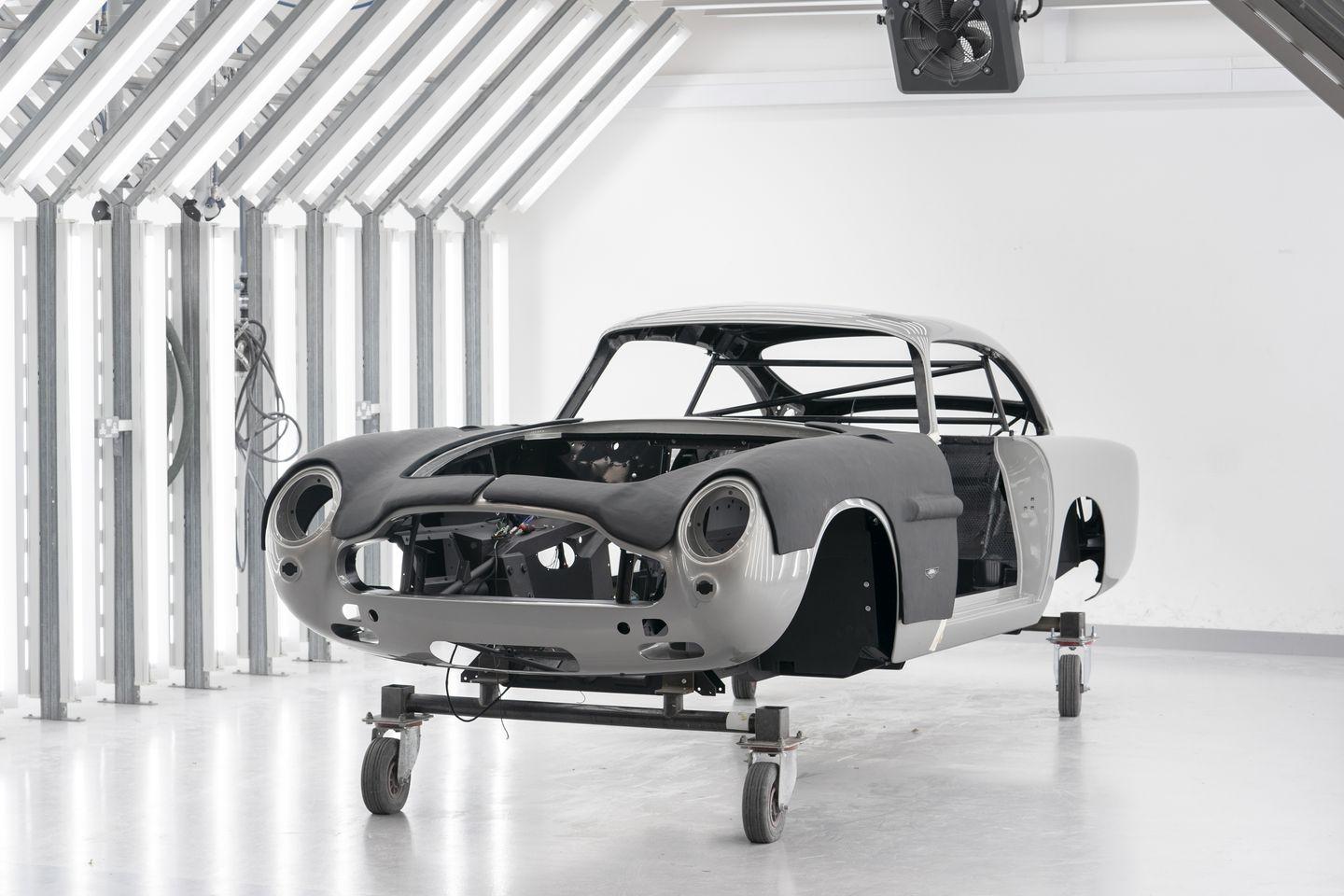 While the DB5 Continuation is cast in a similar light as the Jaguar counterparts, the standard Bond elements make it the ultimate automotive toy. Although much of the car community universally views Jaguar as iconic, reissuing the marque’s midcentury Le Mans winner along with the XKSS and E-Type Lightweight only appeals to so many. James Bond, on the other hand, occupies another realm of recognition that stretches around the entire world—the DB5 isn’t called the most famous car in the world for nothing. 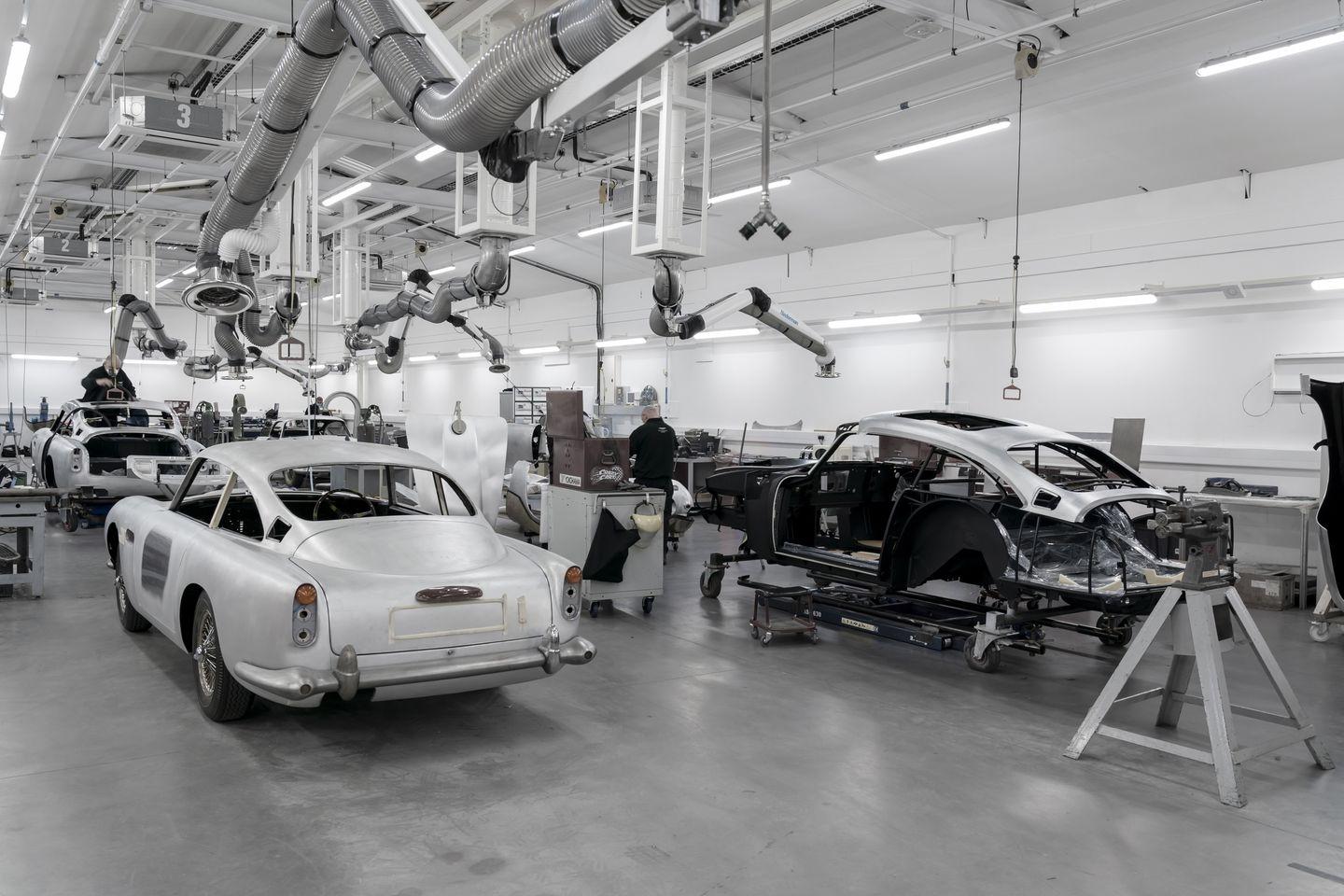 Each DB5 Continuation will be true to the original Bond cars as is possible. Aston Martin quotes 4,500 hours of build time for the first unit, which was completed on July 6, 2020. Twenty-four units are to follow under the Goldfinger Continuation Program as it’s being called, and the details of construction are as impressive and captivating as one might expect. 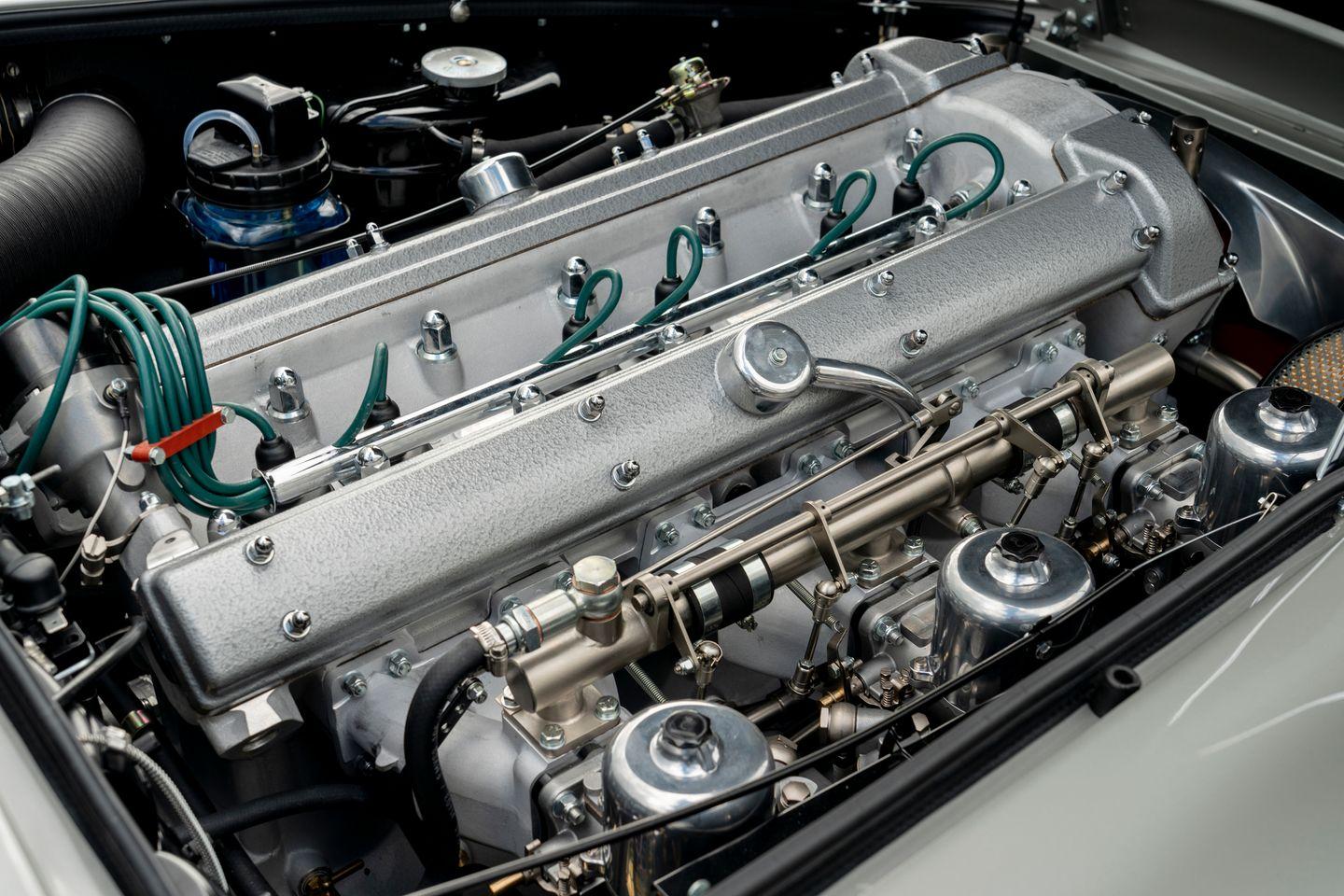 Aluminum alloy panels are bolted to a steel frame and chassis. Girling brakes disc brakes and unassisted power steering are present, while the suspension is largely preserved in its original form, with a live axle in the rear. The power plant and drivetrain are no less compelling, with a 4.0-liter Aston Martin inline-six making 290 horsepower mated to a ZF five-speed manual. The engine uses the traditional single-plug, twin-cam cylinder head design with triple SU carburetors. 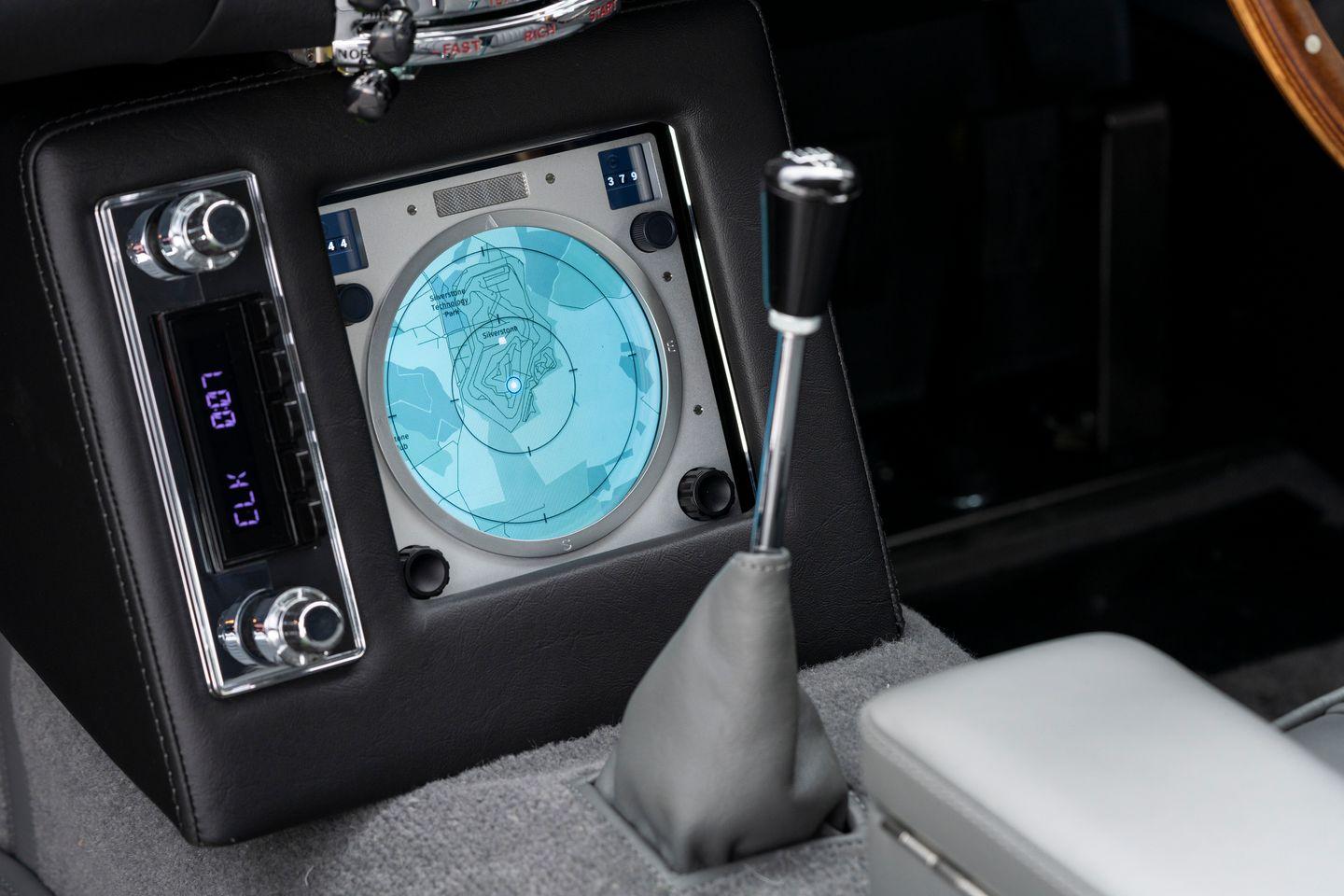 In addition to the mechanical details, here’s the full Bond loadout: 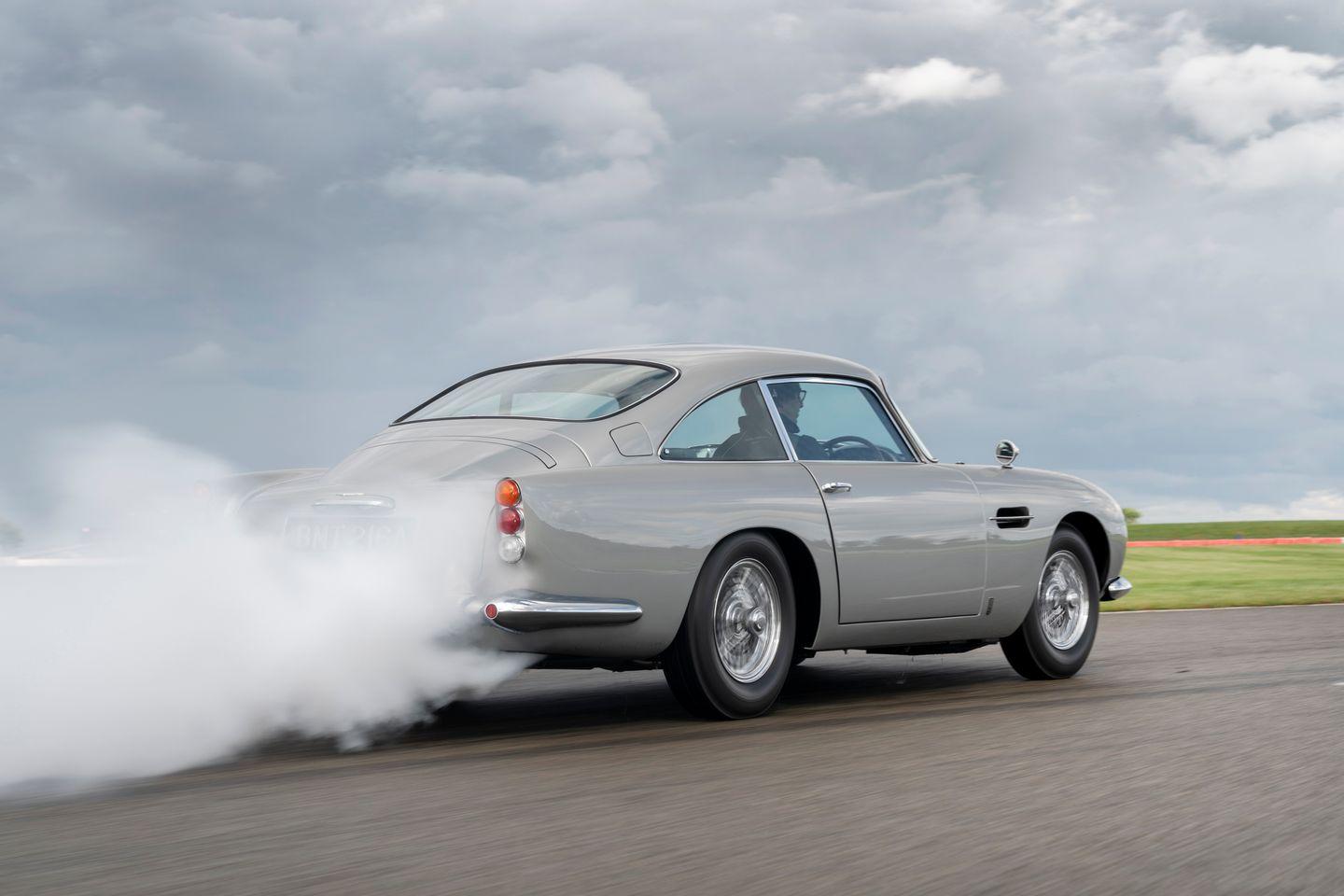 Aston Martin says the first DB5 Continuation deliveries have commenced and will continue through the rest of the year, which means all of the 25 units are likely spoken for. Nevertheless, we’ll be watching when the first one comes up for auction.