An Examination of Wedge Styling

Long before the Tesla Cybertruck, wedge styling rocked the world. Between its introduction in 1967 and its fade out in the 1980s, the wedge influenced concept cars, hatchbacks, and everything in between.

Shaped like a knife blade in cross-section, the wedge was meant to cheat the wind (or look like it) with its low, keen nose, and often paid homage to the aerodynamic work of Wunibald Kamm, who determined that if you can’t leave a long trailing edge at the rear of a vehicle, the next best thing is to chop it off. 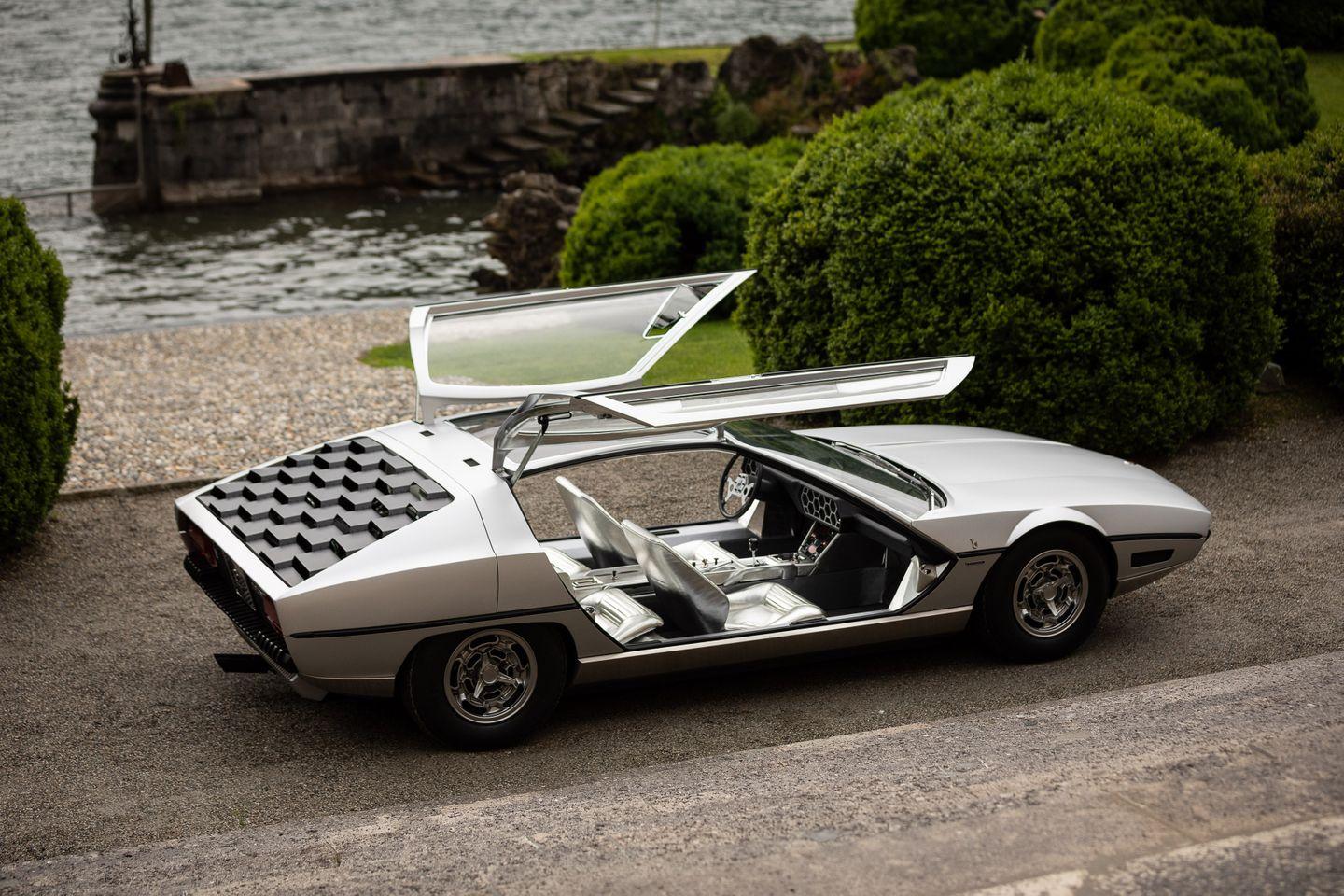 What Was the First Wedge Car?

The first wedge car was the Lamborghini Marzal, introduced in March 1967 at the Geneva Motor Show. Coming from the Bertone styling house, the Marzal was the work of Marcello Gandini (you’ll hear that name again). The engine was a 2.0-liter inline-six producing 175 horsepower (essentially the rear bank of the Miura’s V12), mounted behind the transaxle. 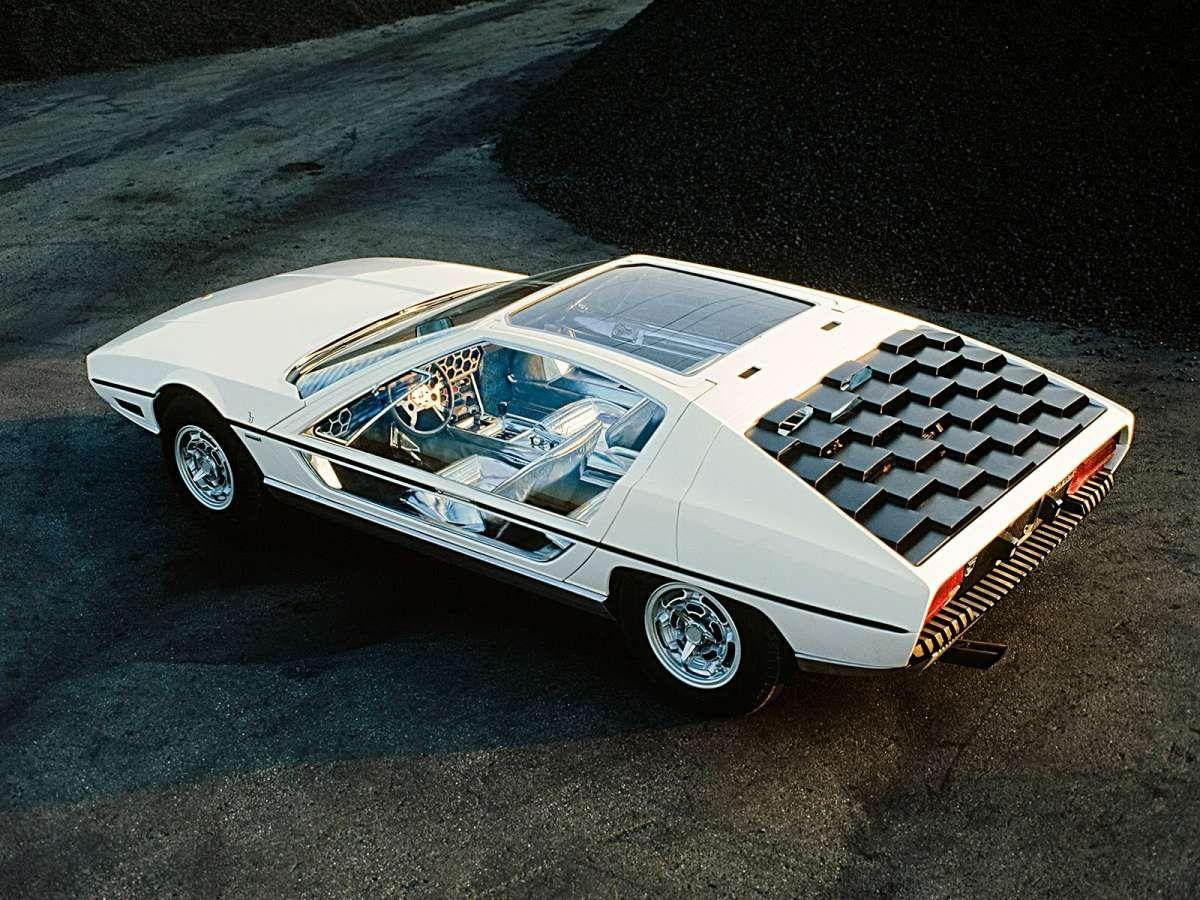 Twin gullwing doors with glass panels both above and below the beltline gave the Marzal an outlandish profile (and scandalized Lamborghini, who claimed that the legs of women passengers would be exposed for all to see). Gandini himself said: “Basically, the Marzal was drifting towards what science-fiction writers had been promising. With these prototypes, a public declaration was made of our way of seeing the cars of the future.” In other words, if the car makes you think of “Space: 1999,” you’re not far wrong. 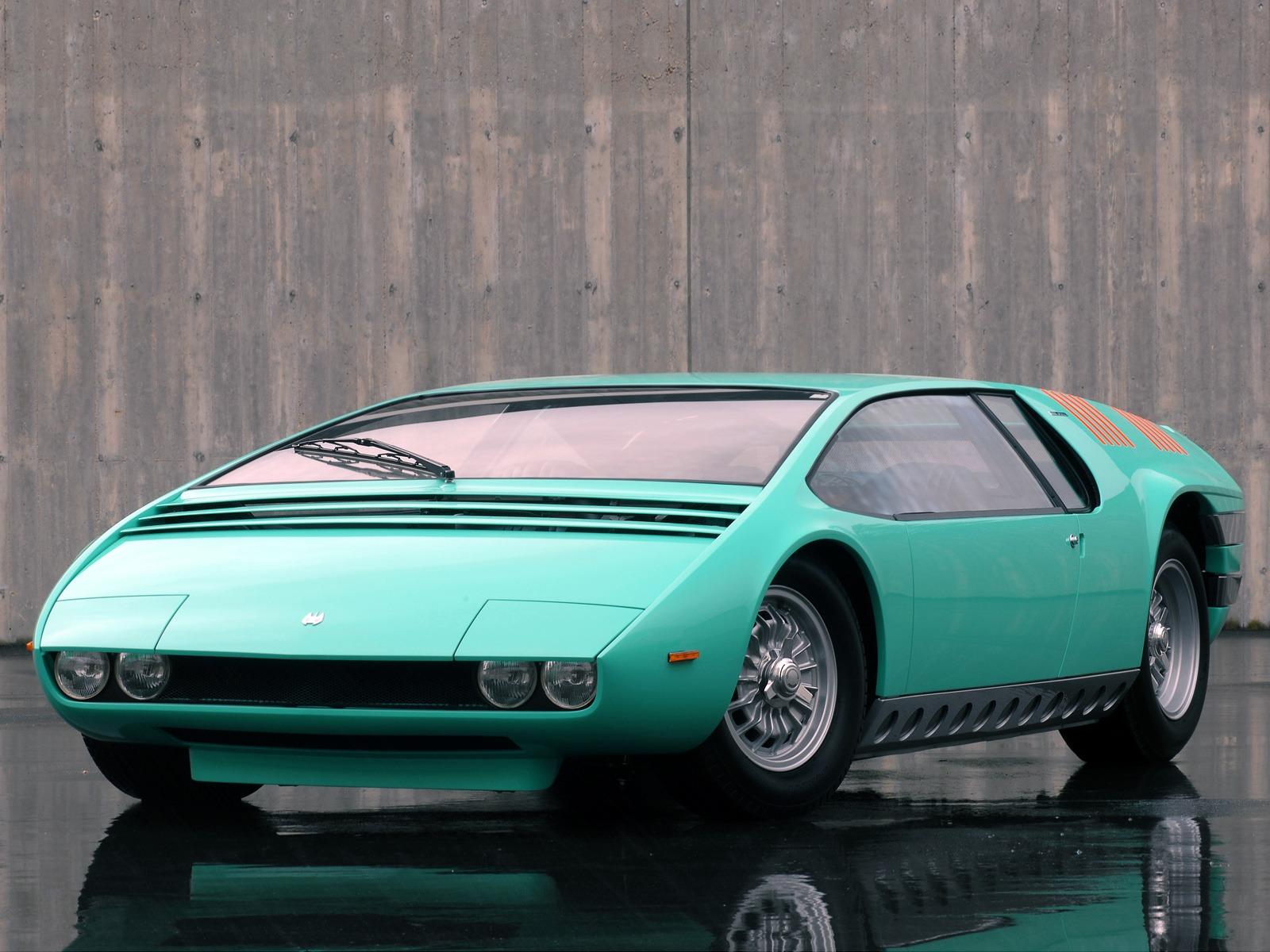 The 1960s: Wedge Styling Takes Off

For the next year’s Paris Auto Show, Gandini submitted the 1968 Alfa Romeo 33 Carabo. The Carabo was based on the roadgoing version of Alfa Romeo’s successful 33 racing car, which had won its class in events at Daytona, the Nürburgring, Monza, Sebring, and the Targa Florio, and eventually the World Championship in 1977. For the Carabo, Carlo Chiti of Autodelta (Alfa’s racing arm in the ‘60s) produced a 2.0-liter V8, mounted midships. 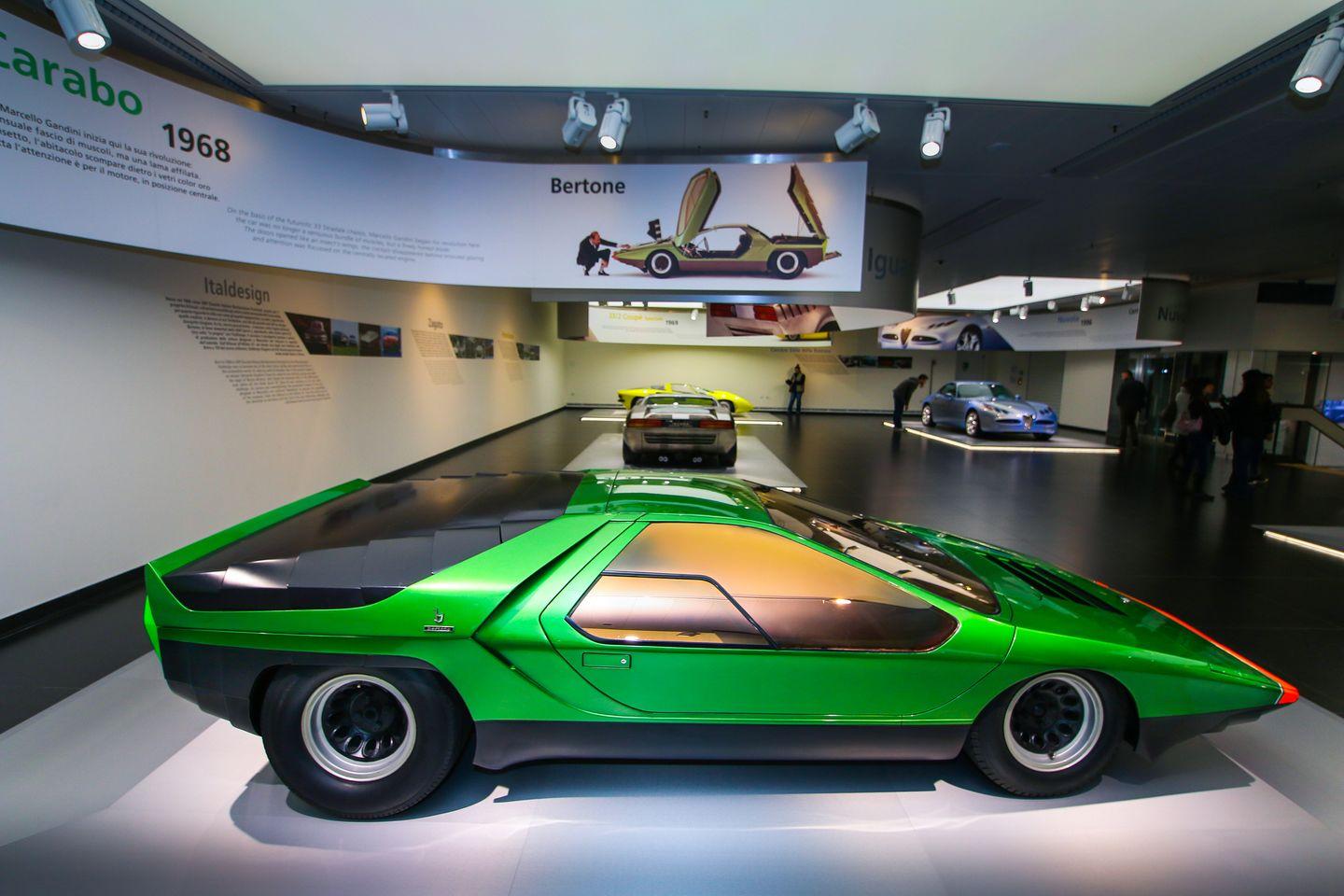 But for all the racing inspiration, the Carabo’s biggest contribution: its doors. Gandini came up with the idea of providing scissor-hinged doors for his Carabo, little knowing that they would become a design icon on future Lamborghinis. 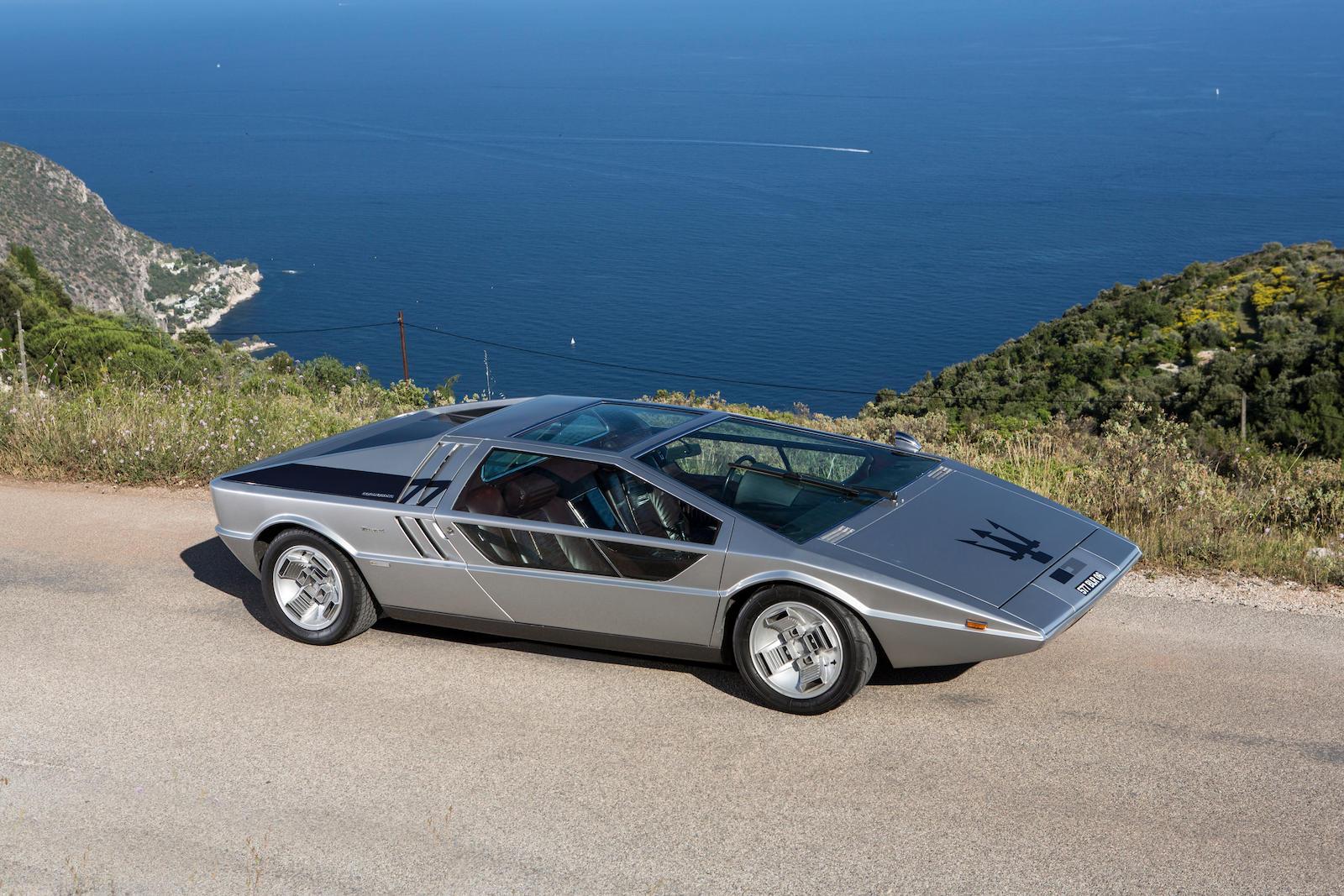 For the next few years, the wedge was limited to show and concept cars like Giugiaro’s first projects after founding Italdesign, the Bizzarrini Manta, followed by the Maserati Boomerang. Mercedes brought their multifaceted C111 concept/show car to the world; even the British got into the game with the Aston Martin Bulldog (code-named the K-9, allegedly for its resemblance to Dr. Who’s robotic dog). By the end of the 1960s, the rest of the industry began catching up. 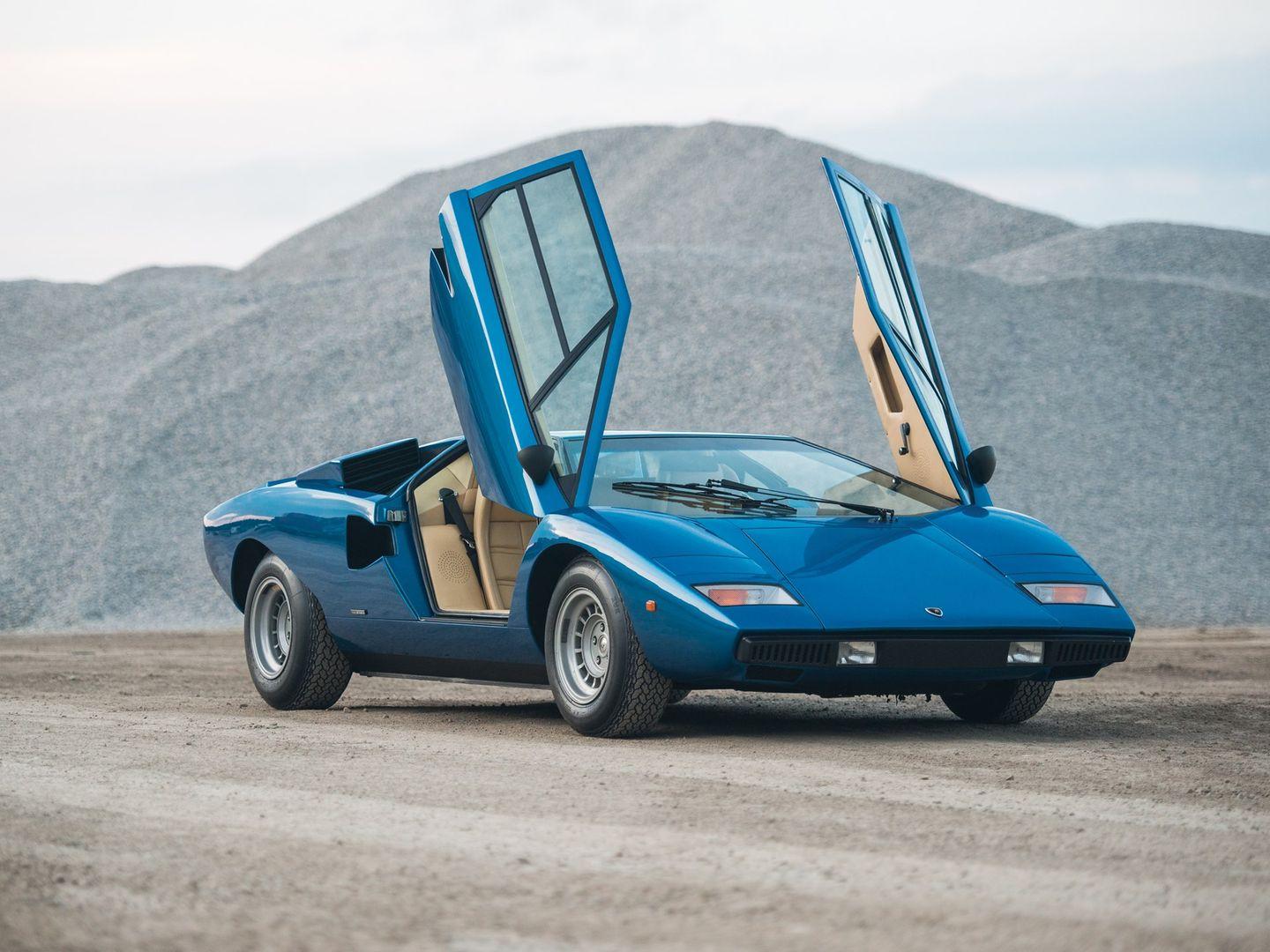 The 1980s: The Wedge Goes Mainstream

For the new decade, Gandini’s replacement for Lamborghini’s Miura took the wedge to a new level, thrilling the crowds at the 1971 Geneva Motor Show. Lamborghini developed the show car into a production vehicle, and the Countach was born. 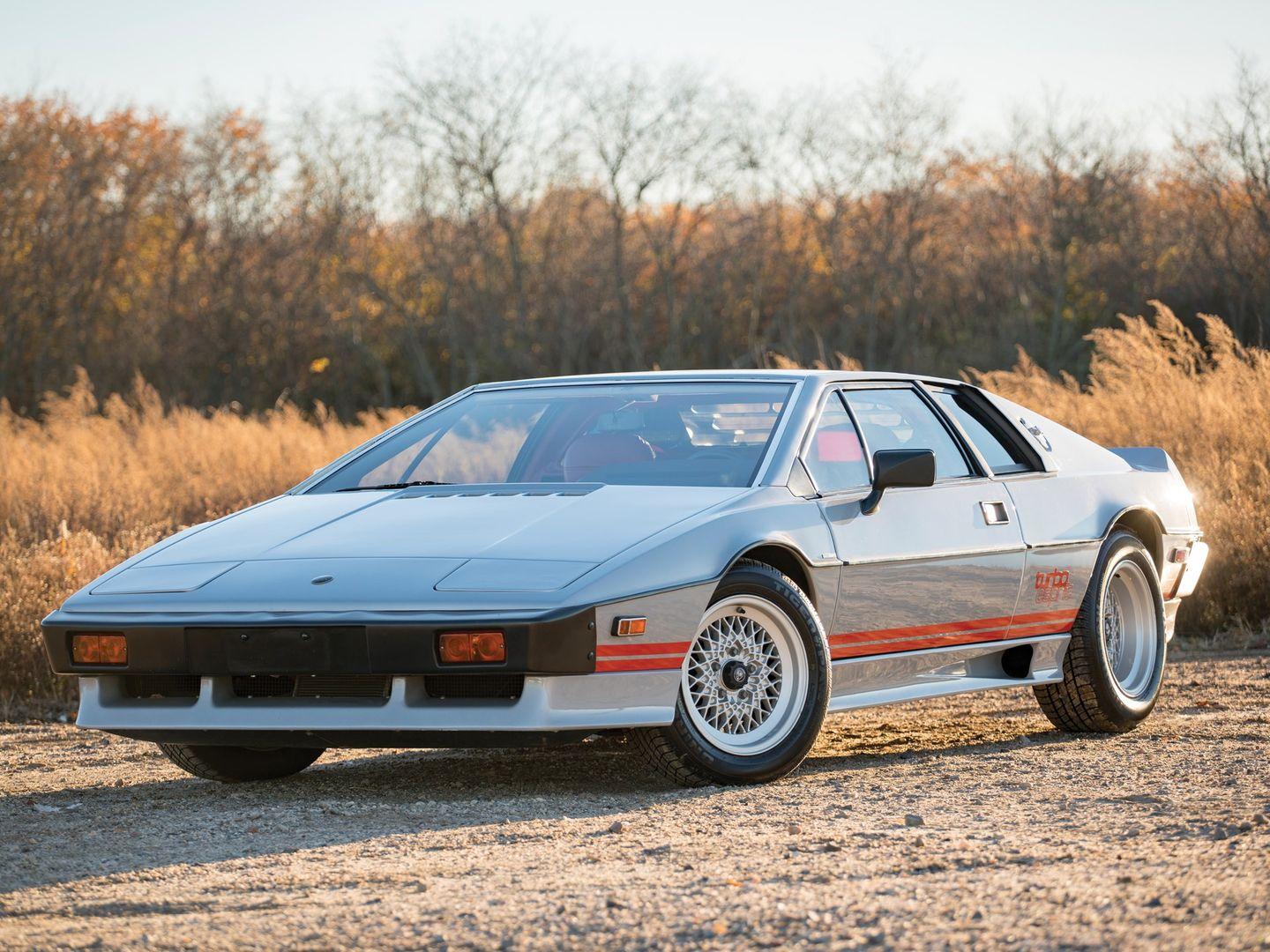 Beginning with Tony Rudd’s addition to the team in 1971, Lotus developed two cars on the front-engine platform originally developed for the Elan: the Eclat and Elite. These used wedge styling to tie them stylistically to the new Lotus Esprit, introduced in 1976. 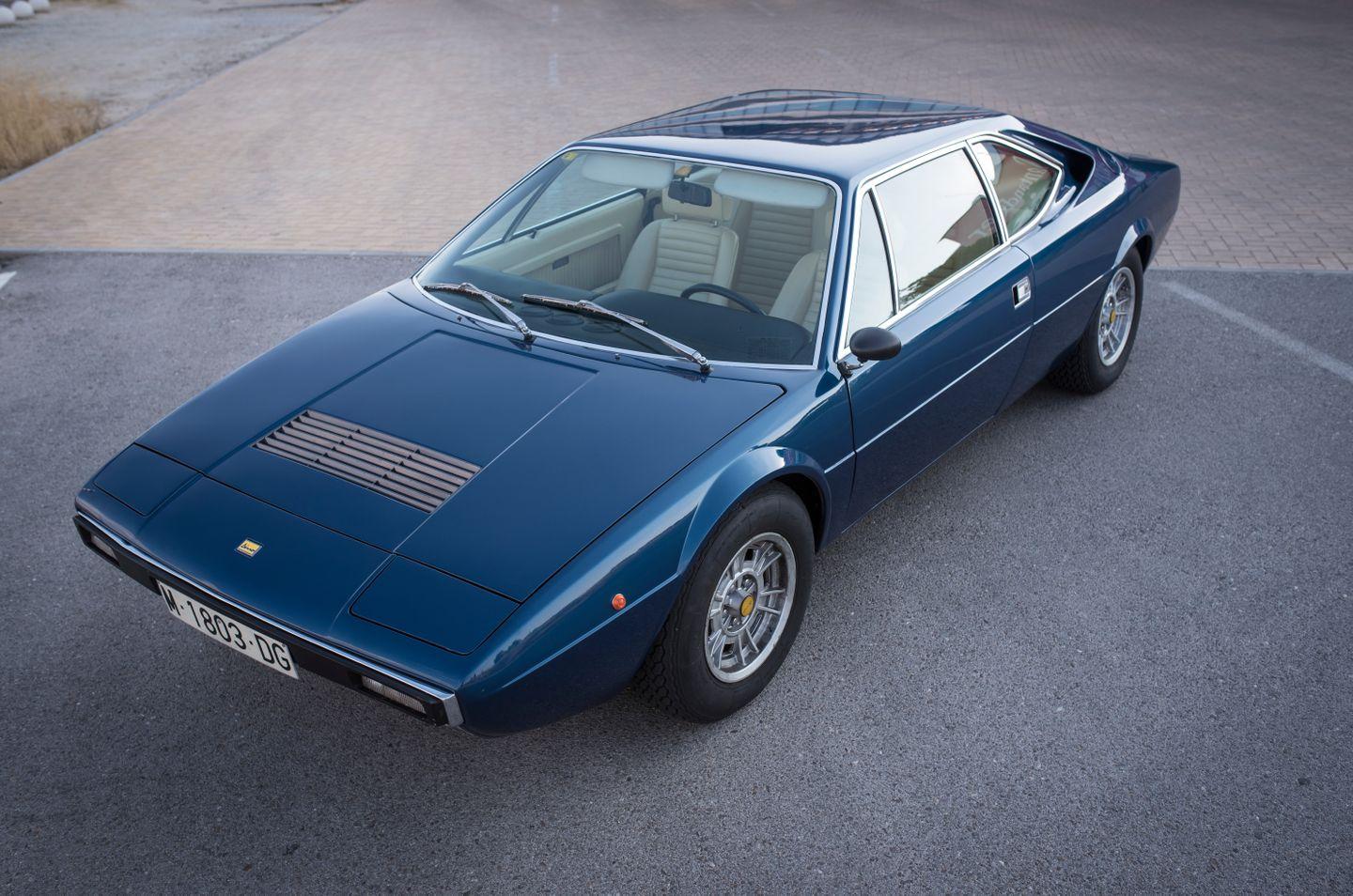 Ferrari went two directions with its 308: the Pininfarina-styled 308GTS and GTB used toned down wedge cues with rounded fenders. But the first Ferrari styled by Gandini at Bertone, the Dino 308GT/4, really put the edge in wedge. Crisp corners and a nearly symmetrical front-rear treatment on this 2+2 made it controversial then and now. This isn’t entirely bad, as prices on the 308GT/4 remain fairly low. 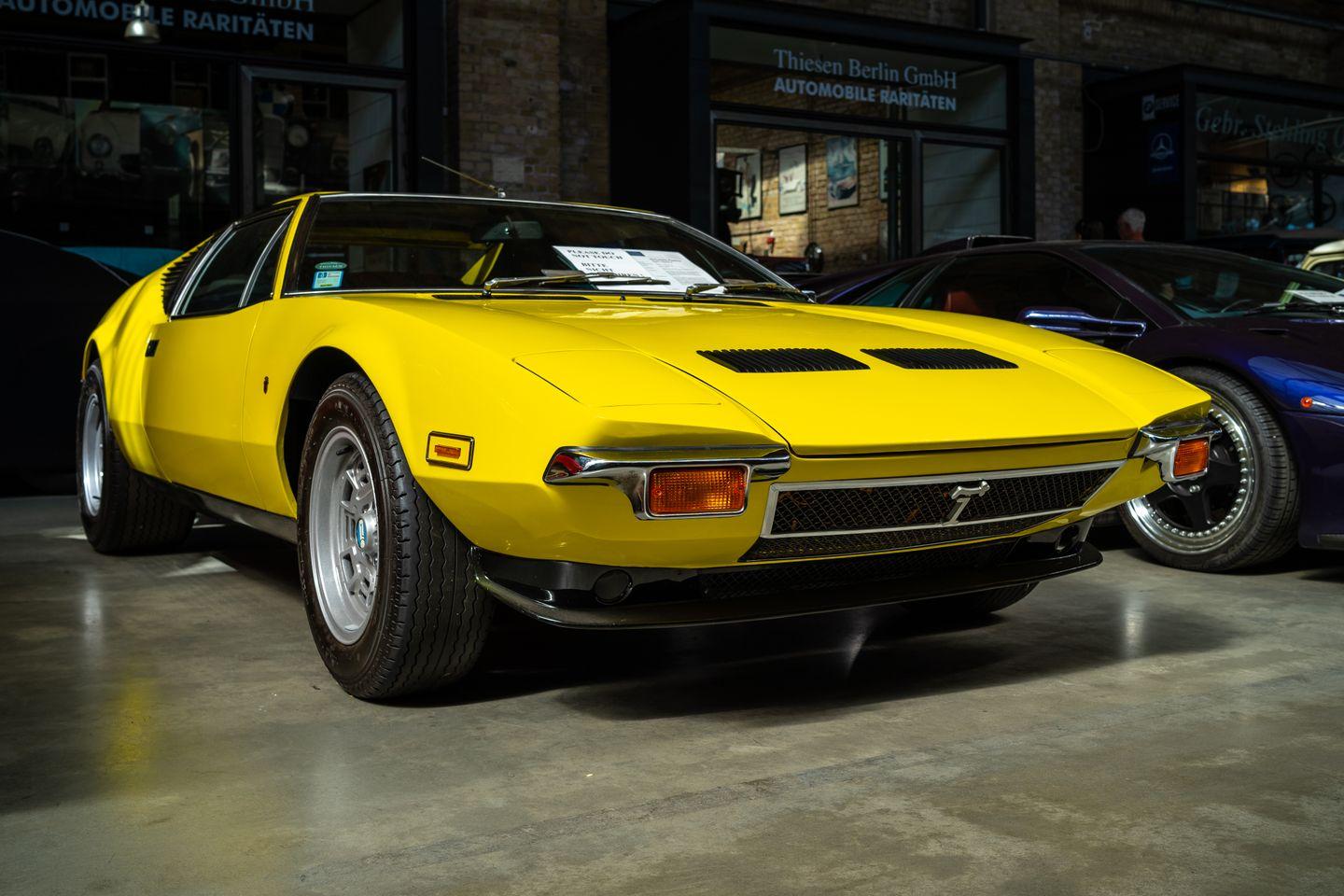 We can’t omit at least a reference to Tom Tjaarda, designer of the De Tomaso Pantera, and many more cars (including a rare four-door wedge, the Aston Martin Lagonda). American-born Tjaarda moved to Turin, Italy to work for Ghia, where he came up with the Ford-powered Pantera, a classic wedge-shaped mid-engine sports car. 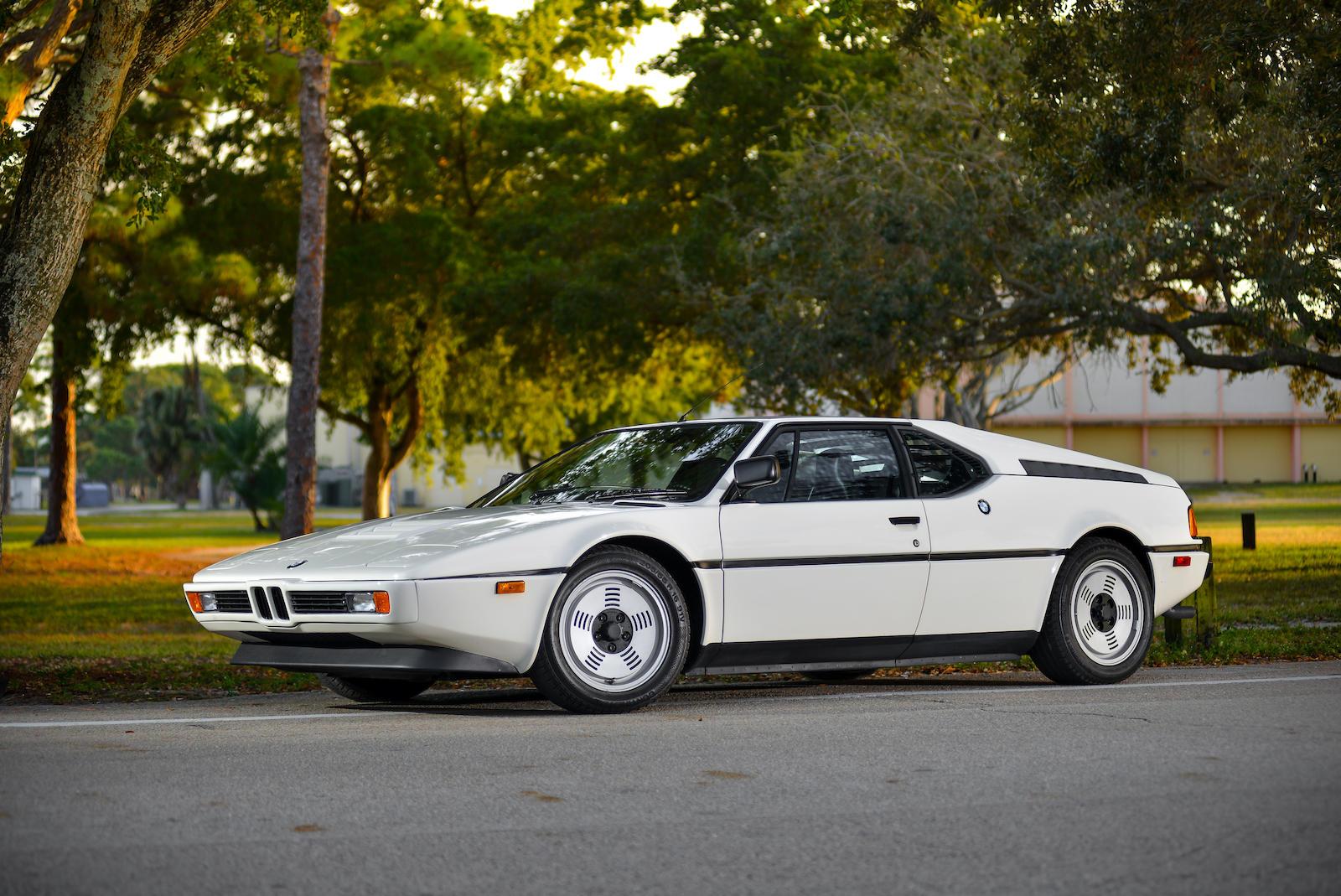 When Bordeaux-born designer Paul Bracq joined BMW in the mid-70s, his work reflected a softer version of the wedge, but with the unmistakable sharpness to the nose that had always been key. His 1972 design for the BMW Turbo concept car morphed into his BMW M1 supercar. Bracq’s executive-express coupe, the E24 6 series (called “the shark" for its aggressive front wedge styling), remains a desirable classic, but it was his E21 design, the first BMW 3 series, which popularized the wedge for the Bavarian automaker (and became an important source of revenue). 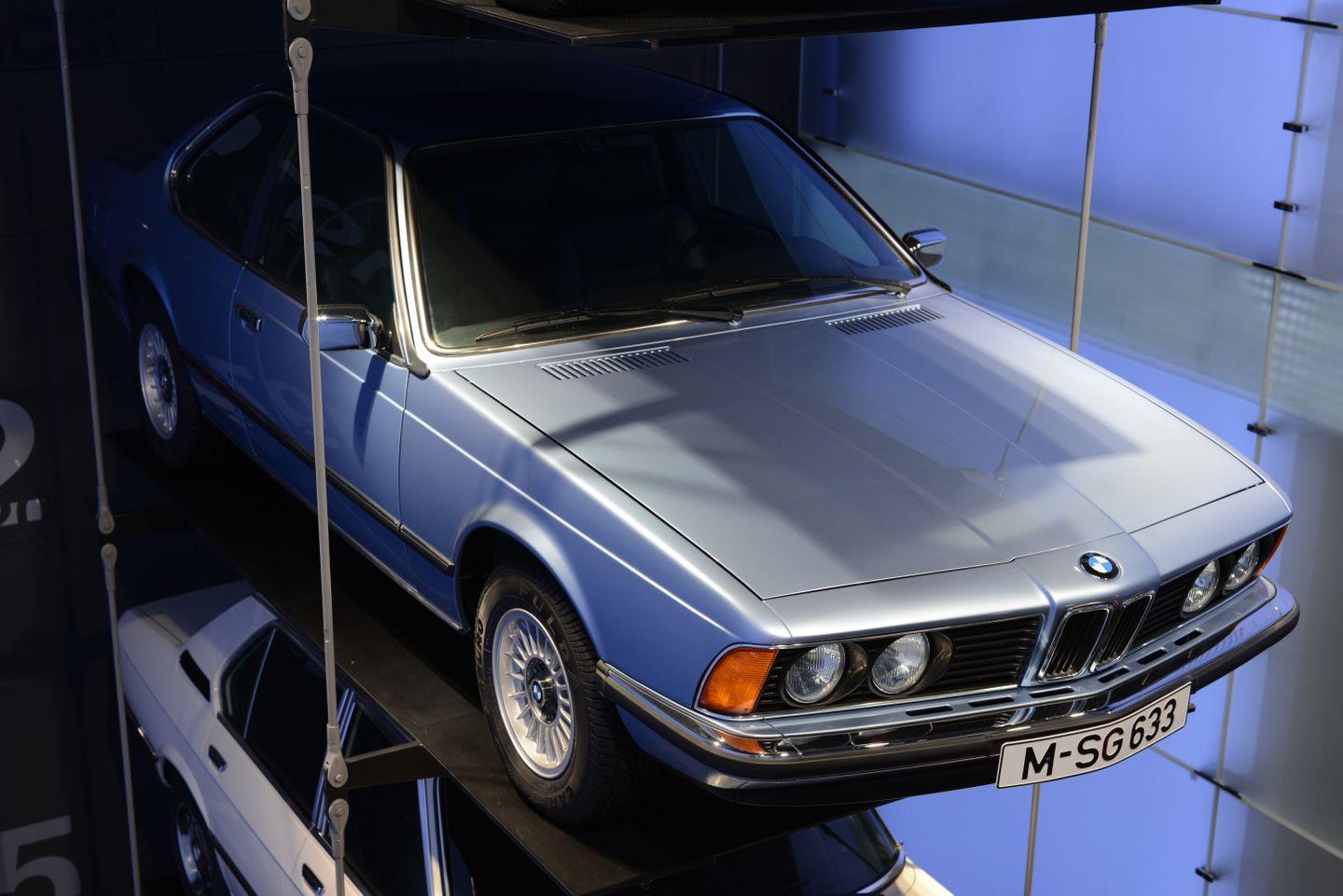 It was another Bertone designer, or rather alumnus, who brought wedge design elements to the masses. Giorgetto Giugiaro, who penned the Giulia Sprint GT for Alfa Romeo while working for Bertone, left at the end of the decade to found his own company, Italdesign. 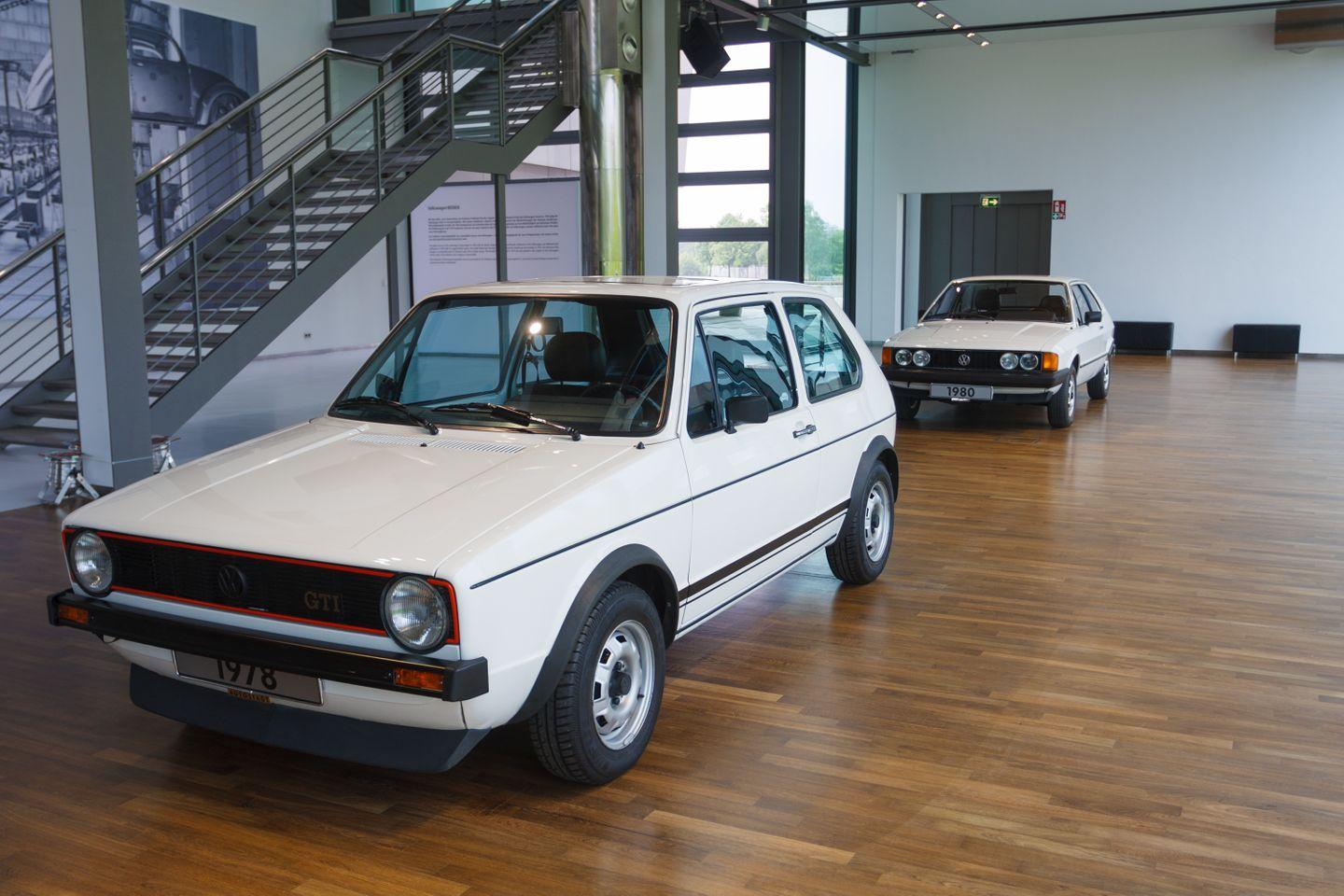 In the summer of 1972, Italdesign took on an apprentice who would go on to bigger things: Ferdinand Piëch, grandson of Ferdinand Porsche. After heading the development of the Porsche 917, Piëch would go on to lead Volkswagen and Audi. Giugiaro designs graced a number of “people’s car” projects, including the Audi 80 (known as the Fox in the U.S.), the original Scirocco, and the replacement for the aging Beetle: the original VW Golf, known as the Rabbit in the U.S. Yes, the Golf was utilitarian in its two-box design, but the angle of the hood to a sharply squared-off nose echoes familiar wedge elements. This helped the Rabbit GTI introduce the European “hot hatch” to the U.S. in the 1980s. 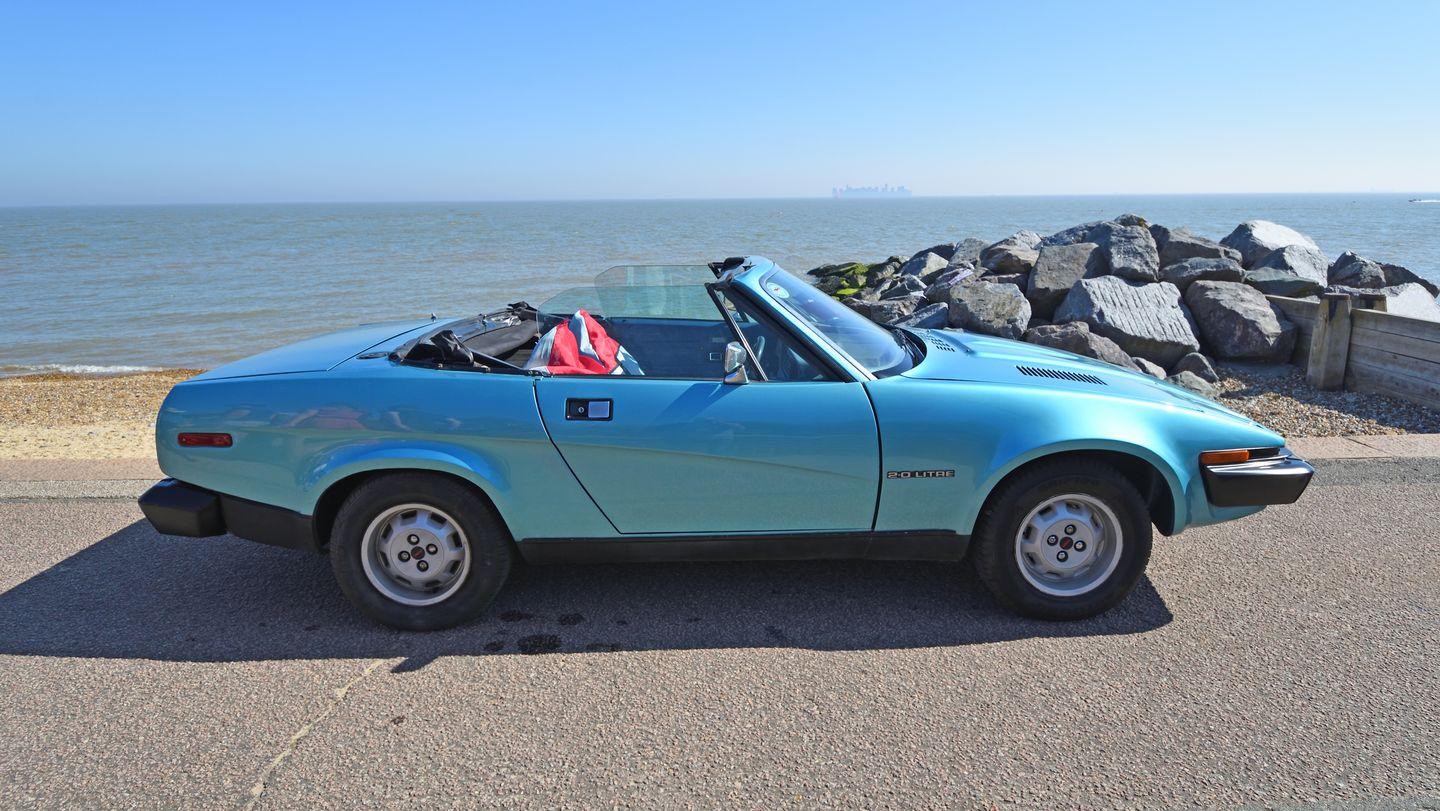 But two-seaters were always well suited to the classic wedge design. During the 1970s, veteran British carmaker Triumph released their TR7 coupe as a more modern alternative to the classic MGB, which was 13 years old at the TR7’s 1975 release. Triumph called their TR7 “The shape of things to come,” but the British auto industry was already in serious trouble. Even a convertible, followed by V8 power in the TR8, weren’t enough to save British Leyland. 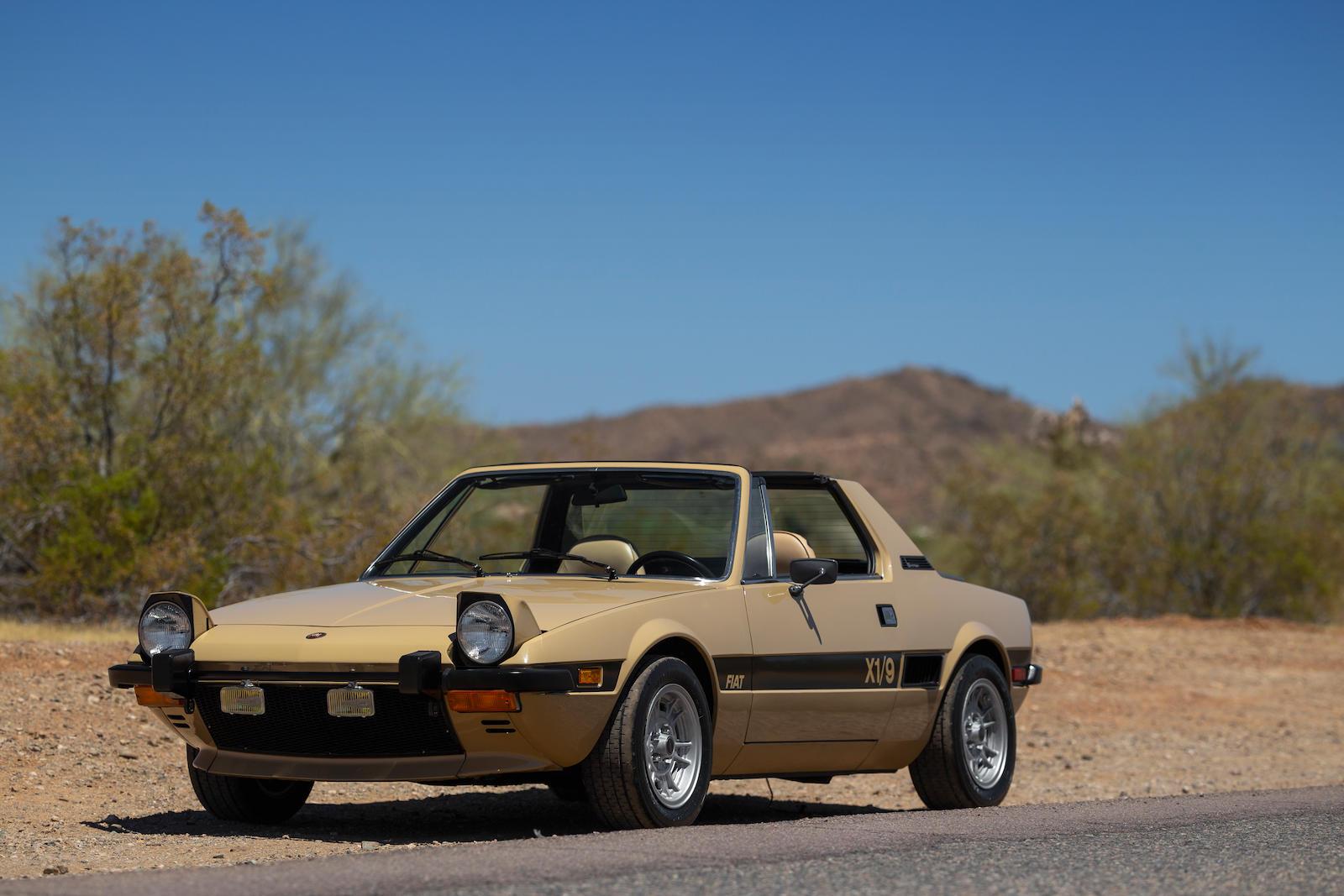 In Italy, Fiat introduced their entry-level two-seater, the X1/9, in 1972. Gandini, again, penned this minuscule wedge; with a transverse mid-mounted engine like his Lamborghini Miura, the X1/9 was sold as a Fiat through 1982, when Bertone took over branding until 1989.

The early ’80s saw three final two-seat mid-engine wedges, though ironically the two with the largest sales success were pitched as economical commuter cars. The Pontiac Fiero borrowed the transverse-mid drivetrain layout from the X1/9 for its 1983 introduction; the following year, Toyota slipped their 4AGE twin-cam, 16V four-cylinder engine into their own “commuter” two-seater, the MR2. 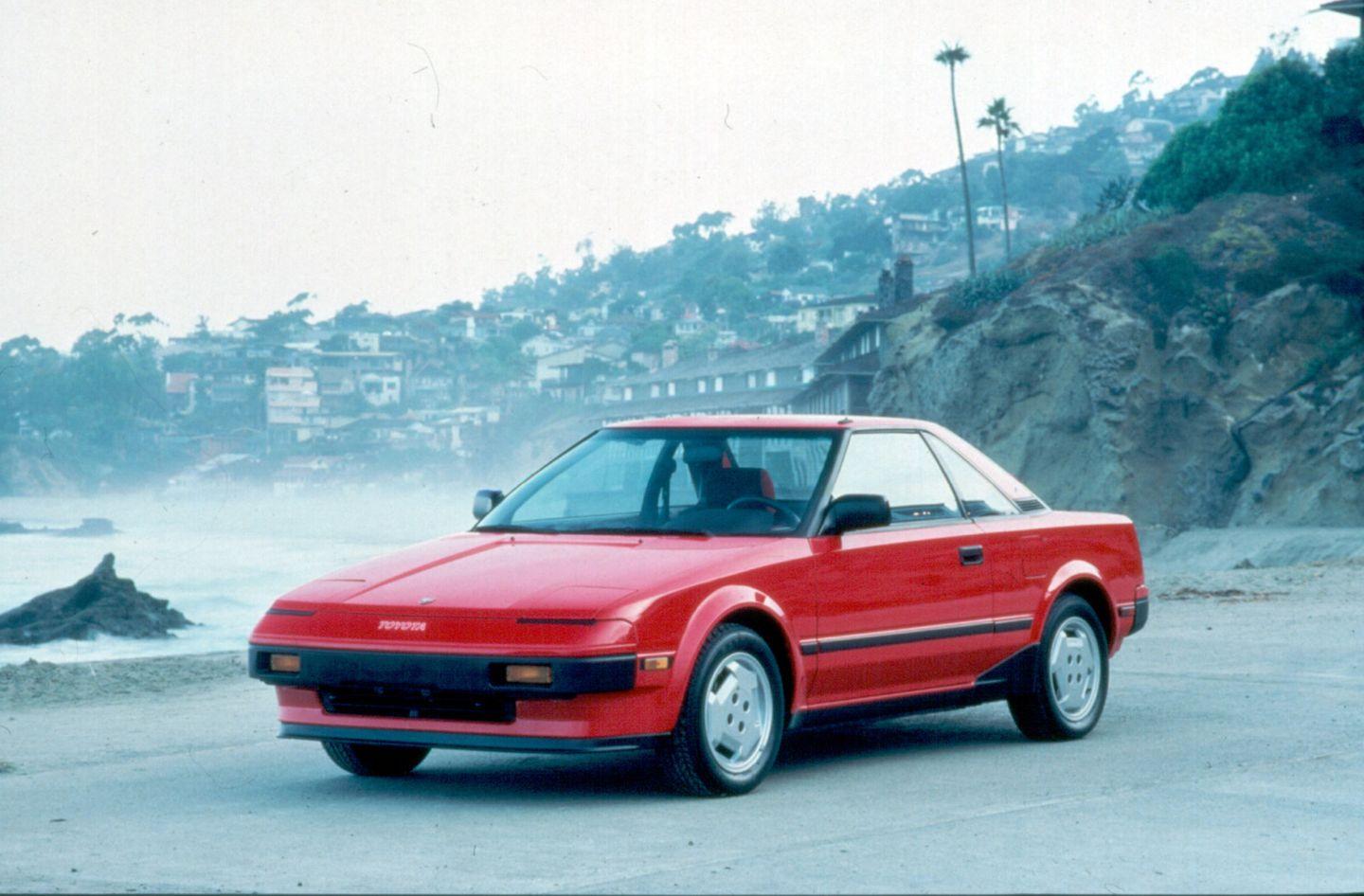 That third early-1980s mid-engine wedge? None other than the DeLorean, of Back To The Future fame. This car’s pedigree should have made it a huge success: John Z. DeLorean was responsible for the first muscle car, chassis designer Colin Chapman was the guiding force for Lotus Cars, and the DeLorean’s shape was penned by Giorgetto Giugiaro. 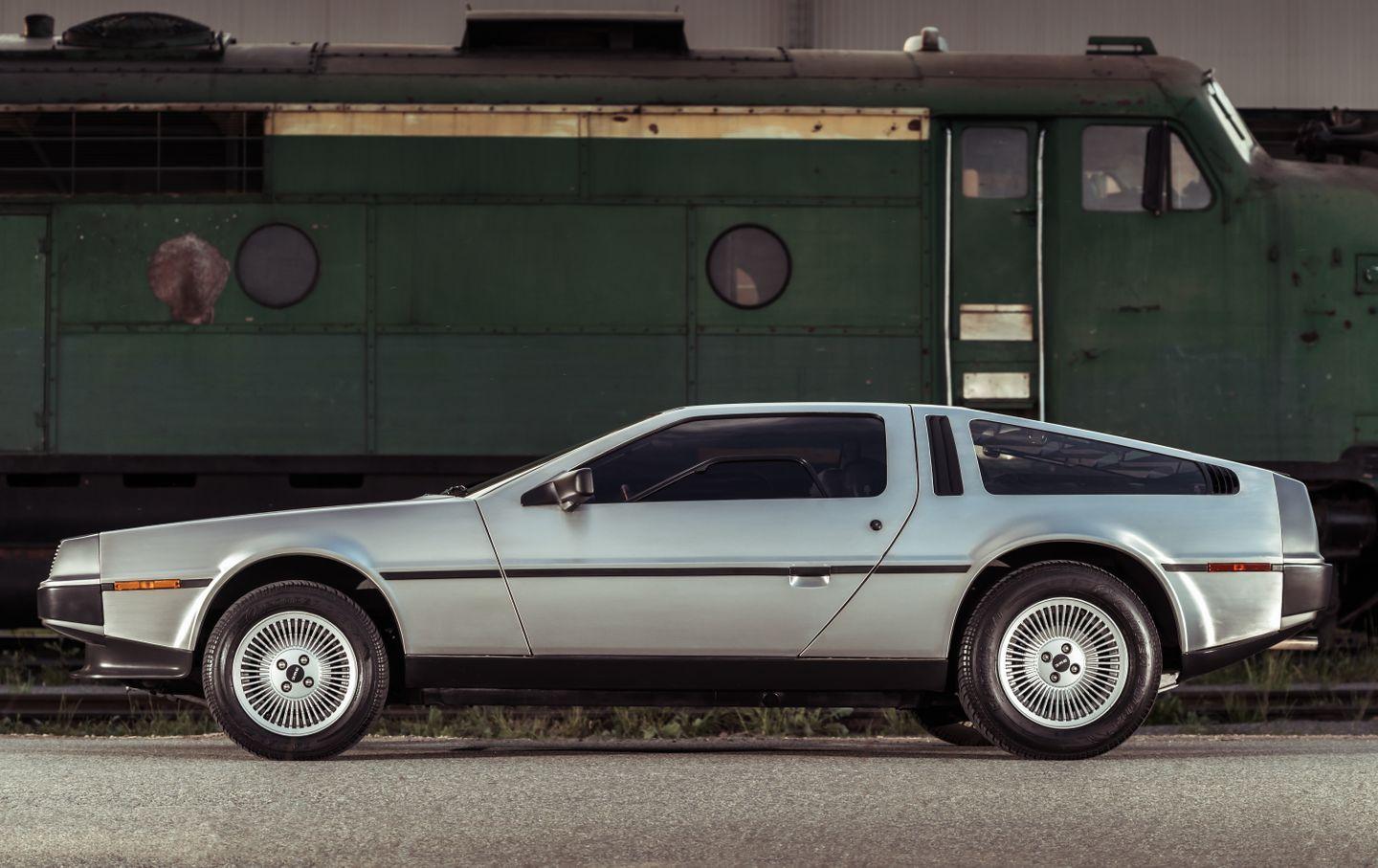 Sadly, the DeLorean Motor Company was plagued by a combination of ills. When DeLorean was caught in an FBI sting involving a suitcase full of cocaine, they would have needed an actual flux capacitor to save the company.

Why did the wedge go out of style? The key factor: a focus on aerodynamics in the wake of multiple fuel crises. Leading the way was a car which replaced an earlier Giugiaro wedge: the 1982 Audi 5000 (Audi 100 in Europe). 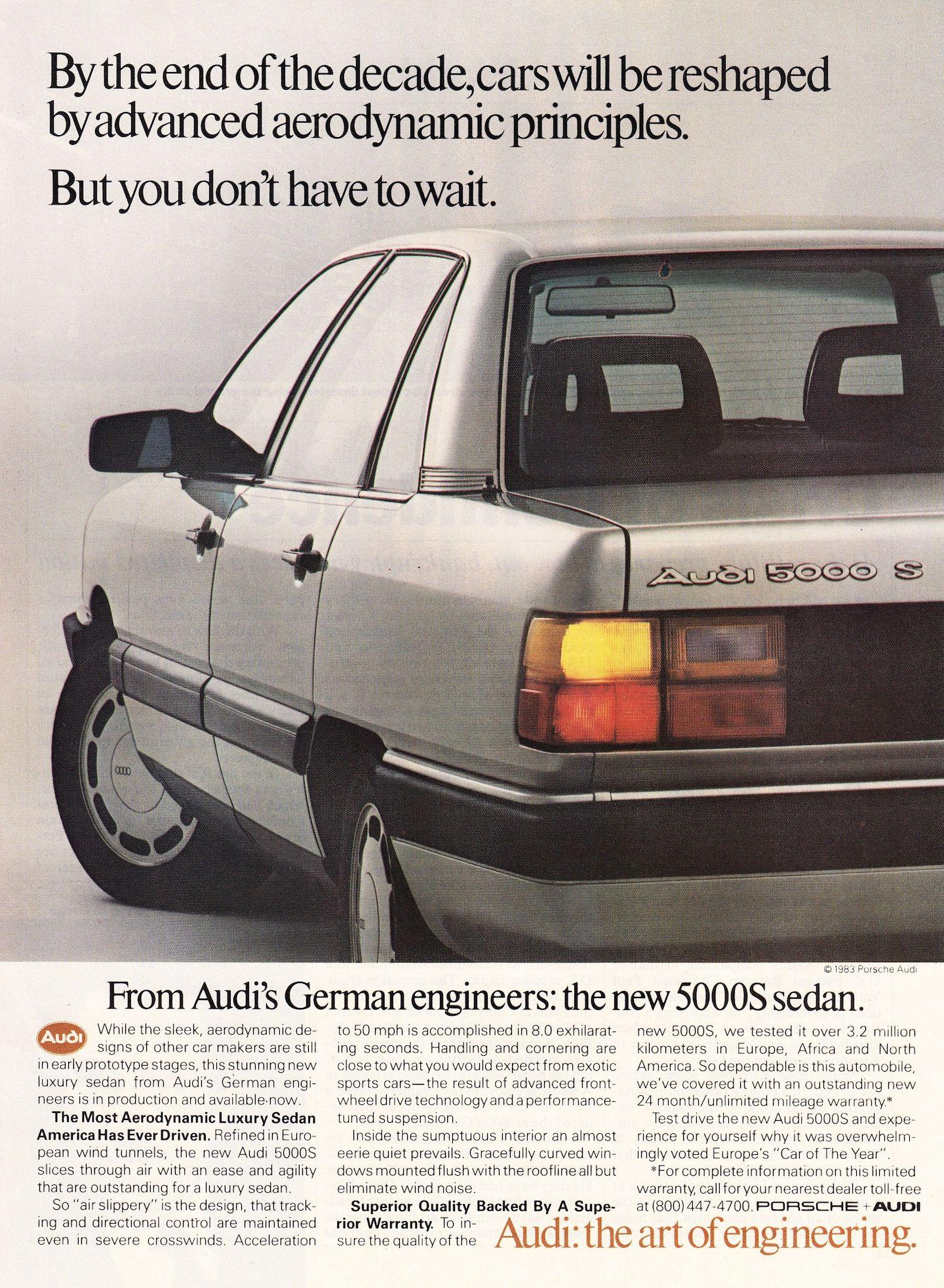 As fuel prices continued to climb upward, Audi chief Ferdinand Piëch pushed for greater aerodynamic efficiency as a way of retaining performance while minimizing consumption. The third-generation Audi sedan boasted a drag-coefficient of 0.30, a significant improvement over the angular second-generation cars. The wedge was out; the jellybean was in.